The long-awaited second location of the popular Japanese izakaya B-Dama (4301 Piedmont Ave., Oakland), inside Swan’s Marketplace in Old Oakland, should be ready to open sometime in July, according to owner Chikara Ono. Ono said that construction on the space is complete, and he’s just waiting for the fire and health department inspections and beer/wine license to come through.<br

As previously reported, the new restaurant will focus on Japanese street foods and rice bowls — rice topped with ginger pork, Japanese curry, or gravy-soaked hamburger steak (similar to Hawaiian loco moco), for instance. Other likely menu items include ramen, kushikatsu (fried-meat skewers), and huge sushi hand rolls. There will, of course, be plenty of sake. 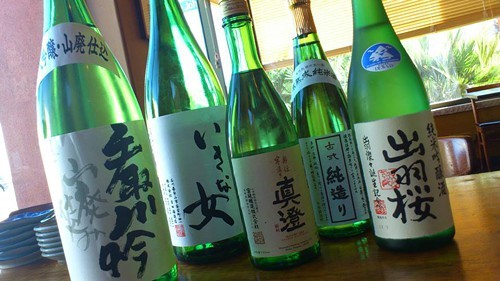 Two of B-Dama’s lead cooks, Shin Okamoto and Asuka Nadeshiko, will helm the Old Oakland location. As a result, Ono, who also runs the sushi department at Berkeley Bowl, said he might temporarily close the original B-Dama when the new one opens, at least until he can find a new chef. Ono said there’s a chance he might even sell the Piedmont Avenue restaurant.