The Oral History of Cocktails

We are living in a golden age for the cocktail, especially here in the Bay Area, where it seems like a new craft distillery opens every few weeks, and the best mixologists get treated like rock stars.

And yet, according to oral historian Shanna Farrell, the story of the modern cocktail movement remains largely untold. That’s a task that oral historians are uniquely suited to take on, Farrell said. So she and other researchers at UC Berkeley’s Regional Oral History Office (ROHO) have launched an ambitious new project that will attempt to document the history of the West Coast cocktail. They’ll conduct long-form interviews — as many as 25 hours with each subject — with bartenders, bar owners, distillers, and historians. 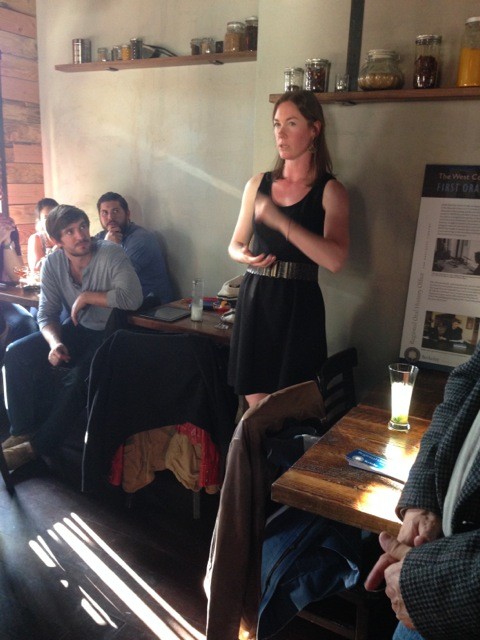 “A lot of cocktail books don’t cover life histories of people helping to shape things,” Farrell, a former bartender, explained. “A lot gets left out, and a lot gets lost.”

Particular attention will be paid to the evolution of bartending into a respectable — even highly respected — profession and to the West Coast’s role in popularizing the use of fresh juices and other high-quality ingredients in cocktails. Interviewees will include at least two East Bay representatives: Jorg Rupf, the craft-distilling pioneer who founded Alameda’s St. George Spirits, and Berkeley resident Jennifer Colliau of Small Hand Foods, a supplier of cocktail ingredients.

In the clip below, legendary New York-based mixologist Dale DeGroff talks about the cocktail as a metaphor for the American experience.

Once complete, all of the interviews will be transcribed and archived, both online and as part of an exhibit at the Museum of the American Cocktail, in New Orleans. Eventually, Farrell said, she also hopes to turn the project into a book.

Since the project doesn’t qualify for traditional academic funding, ROHO recently launched a $37,500 Indiegogo crowdfunding campaign that ends on July 3. Contributors can snag a range of nifty perks, including an “Interviewing 101” class taught by Farrell, a tour of the St. George Spirits distillery, and a cocktail recipe book that will feature stories and recipes compiled from the various interview subjects.