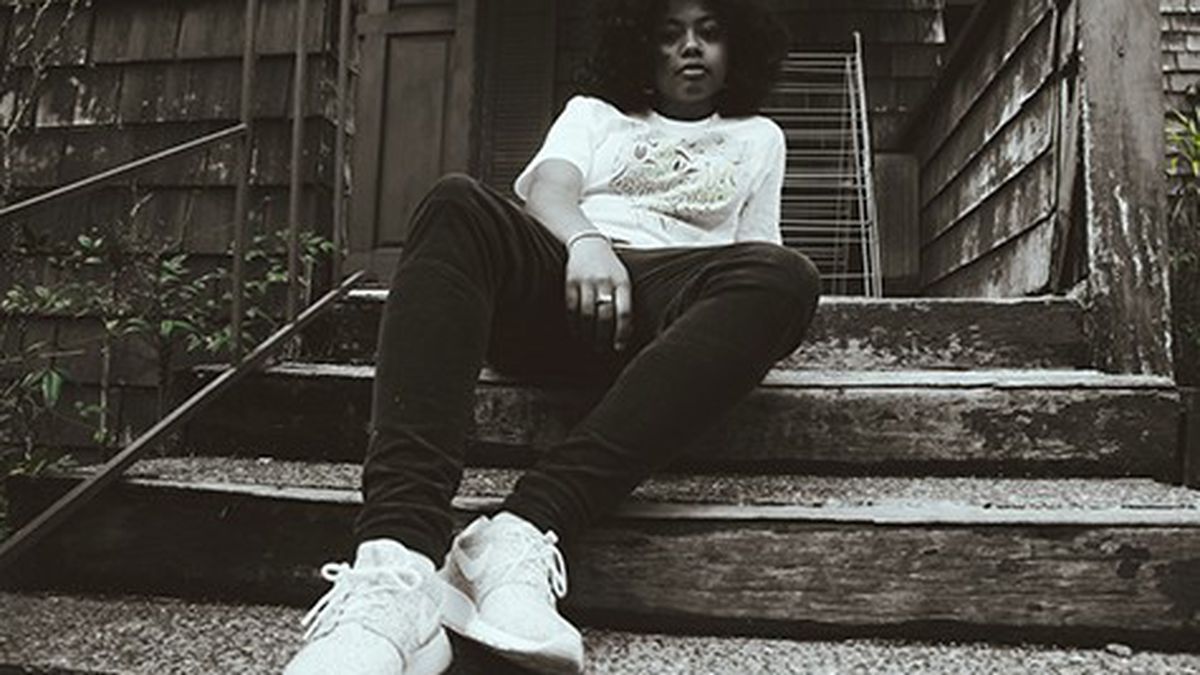 Lil B, Tia Nomore, The Jacka, and Rayven Justice reviewed.

Several local hip-hop releases — notably from Kool A.D., Queens D.Light, and Antwon — dropped in a cluster over the summer, but the singles, EPs, and mixtapes continue to pile up. The selection below rounds up recent highlights from those formats. As evidenced by the so-called “RnBass” surge – which claims local artists such as Rayven Justice, Netta Brielle, and Kehlani – trends move swiftly. Yet the steady emissions of the singular Lil B remain riveting, newcomer Tia Nomore exudes old-guard confidence, and regional veteran The Jacka panders to no one on a career highlight.

Lil B is filter-free. There’s no topic too trivial, no digression too inscrutable, and no limit to the BasedGod’s muddled self-aggrandizing. Unsurprisingly, Lil B’s hesitance to self-edit has yielded an intimidating catalog of thousands of songs. His most recent mixtape, Ultimate Bitch, is notable especially for the fantastic single, “No Black Person Is Ugly,” but sometimes Lil B’s least coherent cuts reveal the most interesting cross-sections of the lyricist’s twisted psyche.

Take for instance, “This Is the Game,” a track introduced in croaky, wavering sing-song with the characteristically bizarre maxim, They said if the game wasn’t fake/Then why would you play it/Welcome to life, Lil B. That segues into a quaint-enough lament about minimum wage and bureaucracy, and he even appears to advocate for workers going on strike. The theme collapses, though, right here: … fuck your parking tickets/Trying to write a new line and start a sentence/Who just started a sentence? Is this non-sequitur just stream-of-consciousness lyricism running disastrously over a waterfall?

Maybe, but it also reveals Lil B’s writing process in real time. He seems to turn inward, asking some creative entity — maybe the BasedGod (his alter ego), maybe one of the celebrities Lil B claims to be — to take credit for introducing a new idea. His rapping has always appeared to conflate different perspectives and writing voices, and “This Is the Game” exhibits the internal dialogue guiding him confusedly between subject matters. In a track like “Freedom o Freedom,” in which Lil B’s lyrics veer wildly from praising the Caribbean, to boasting about drug use, to sympathizing for war veterans, you get the impression that he’s wondering who’s spurring these disjointed sentences.

Ultimate Bitch leans on Lil B’s familiar array of indistinct beats and chintzy keys, while jarring vocal overdubs sometimes smother the production altogether. Naturally, “No Black Person Is Ugly” is the gleaming exception, as a breezy sample belies Lil B’s rhythmic curlicues in the chorus and adds a disarming backdrop to his earnest verses. When Lil B marshals all of his different personas into the service of one sentiment, the emotive impact is devastating.

Perhaps best known for retooling Ty Dolla $ign’s “Or Nah” with co-interrogator and local R&B artist Kehlani, “Suck It Easy” situates Tia Nomore in a more pugnacious role. It’s a sort of universal diss track, at one point specifying “Dylan,” Brian,” and “Kenny” but in such a way that they stand for whoever’s next. Nomore relaxes into a down-tempo beat and casually cuts down a host of opponents with sharp delivery and juvenile invective (“Your mother should’ve swallowed you whole,” goes one dig). Her attitude is impeccably grounded in churlish youthfulness, but Nomore otherwise raps with the dexterity and deliberate enunciation of a much more mature artist. The video for “Suck It Easy” opens with a man rudely dominating a meeting. Halfway through, Nomore — clad in a tie-dye Thrasher T-shirt — spits the song title’s sentiment all around, and it’s only surprising that she took so long.

It was fun to get behind Willie Joe’s recent track, “I’m from the Bay Bruh,” with its nods to Mac Dre, taco trucks, and an E-40 verse, but it also evoked an earlier song: “From the Bay” by The Jacka. Released in 2007, The Jacka’s hometown homage is frankly more convincing, in part because his local rap luminary name-dropping goes on for an entire verse. There’s no exact boast, just a list and an implied claim: The Jacka is a witness to and an asset to the Bay Area rap tradition, having been a member of Mob Figaz in the 1990s and a sage-like presence since.

Largely independent for the last decade, in both industry terms and in regard to mainstream pandering, The Jacka’s recent collaborative album with Freeway, Highway Robbery, was six years in the making — and it’s refreshingly indifferent to the trends that have come and gone in that time. Leaden beats, saccharine hooks, and swelling loops recur, but the foreground is Highway Robbery’s turf: Two rappers with devout regional followings and shared Muslim faiths reflect on their careers, families, and cities with all of the elder-dropping-knowledge sternness that they’re perfectly entitled to.

Wisdom from the Koran guides the melancholic, backward-looking glance of “Dunya” into a meditation on providing for your kids when, as Freeway laments, “My last album was only in fourteen stores.” Crime abounds in both rappers’ lyrics (“One” opens with The Jacka likening cocaine to his first girlfriend), but sobered reflection chastens any notion that Freeway and The Jacka are just thoughtlessly reveling in street themes. The Jacka’s ability to draw on his youth is a great asset. His hook in “No Time” goes, “No matter where I go I don’t forget where I’m from,” and it leaves the impression that The Jacka means past lives as much as the Bay Area.

Rayven Justice
I Have a Dream

Rayven Justice’s I Have a Dream EP yielded the attention-grabbing “Slide Thru” over the summer. Now, a recently re-released and expanded edition of the EP appears pretty clearly deployed to keep the KMEL-approved track in the public eye, especially because it’s timed with another video for “Slide Thru.” The new video makes use of the revered Mac Dre mural in East Oakland and of an added Waka Flocka Flame verse to fan the fire. The best way to think of I Have a Dream is as a vessel for “Slide Thru,” since the other tracks scan as hopeful prototypes. In fact, “I See You” is closer to a remix, but that’s all right, because “Slide Thru” has yet to overstay. A practitioner of the recently anointed “R&Bass” sound, Justice is a singer — understated and dulcet — whose playful, inviting lilt is surprisingly congruous with trap-indebted production, though not enough to warrant the same cadence and production track for track.