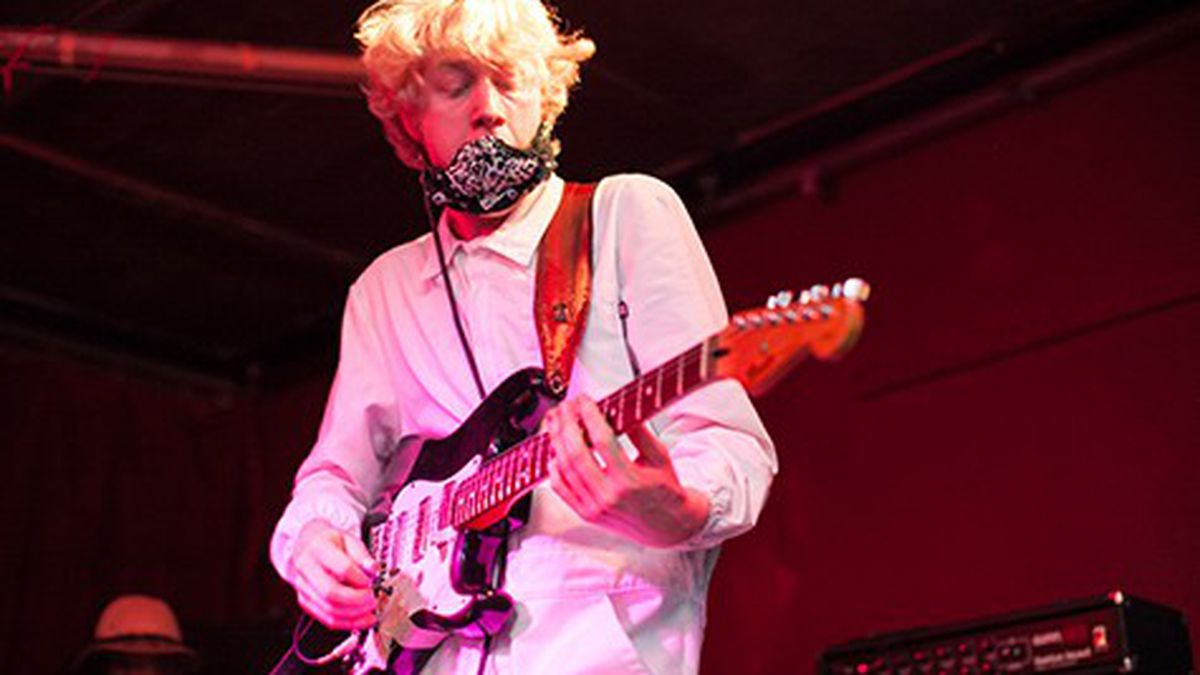 Plus, a review of a local rock gig with Beekeepers, Vial, and Useless Eaters.

First Friday festivities coincided with opening night of the Oakland East Bay Symphony’s new season last weekend. Through the Paramount Theater’s regal vestibule, the peculiar murmur of creaking chairs and chatter faded away before a brief introduction. The symphony performance was being simulcast, the audience learned, a few blocks away on the Great Wall of Oakland, and the orator took a moment to acknowledge the live viewers, who were likely swilling illicit beers and coughing freely.

The simulcasting was an egalitarian attempt to involve First Friday revelers, and yet, sitting in the Paramount, it actually reinforced the opposite notion: The masses deserve classical music, the technological outreach suggested, but the conventional symphony setting still excludes the masses. The old division, rearranged.

Conventional wisdom dictates that soft, tedious lulls, whether in a piece of music or in life, intensify an imminent, exciting release. First Friday, a veritable buffet of sensory stimulation scheduled to cap off the workweek, operates accordingly. But an orchestra audience is quiet, contained, and disciplined, because the opposite holds equally true.

During the second movement of Tchaikovsky’s fifth symphony, Michael Morgan’s expressive conducting involved his entire body. His arms thrust forward and his knees shuddered as a passage’s exhilarating mixture of sinister and sweet tonality intertwined and ascended with determination.

Suddenly, the passage halted. Ruminative undertones remained, the strings sustained a placid calm, and the relative stillness felt all the more arresting in the wake of torrential intensity. As the movement began to swell again, the performers swayed slightly in time, and another rousing climb began. The movement ended on another ambiguous mix of glory and terror, all the more thrilling for its deliberate withholding of neat resolution. Only the symphony’s final movement — fraught with incisive phrases, long violin runs, and timpani deployed like jabs — neared the section’s captivation.

The fun part of First Friday is participating, gazing at art in the absence of conversation or before the next spontaneous decision. The immersive symphonic experience, by contrast, required only attention. It was received in a chair, not chased down the street.

Little is known about Tchaikovsky’s conceptual intentions for the fifth symphony, aside from some vague and grandiose notes, and the sense that he never fully committed to a narrative resolution. Still, hearing his muddled or shrouded ideas was more engaging than the stilted ones weighing down the evening’s second performance, a commissioned piece written by Chris Brubeck and Guillaume Saint-James entitled Brothers in Arts.

To grasp the literal-mindedness of this composition for jazz quintet and orchestra, intended as an homage to the composers’ fathers’ roles in World War II, consider that the program notes explicitly inform readers that “Brothers in Arts is a play on ‘brothers in arms.'”

Great Wall viewing probably wasn’t optimal for experiencing Tchaikovsky’s fifth, but its casual come-and-go option looked appealing during Brothers in Arts. Afterward, I meant to catch some lingering simulcast viewers, but on the way, a four-four kick-drum and bright candy colors on a wall drew me like a fly toward another fleeting delight.

But extroverted revelry of the First Friday type isn’t necessarily forgettable. The next night, a four-band rock bill at Thee Parkside opened with Beekeepers. The Oakland trio dressed as their namesake, in white jumpsuits and wide-brimmed hats with netting. The vocalist, who was particularly possessed, embellished the look with a sort of ball-gag microphone strapped around his skull. If the gimmick was meant to evoke the teeming, buzzing quality of a swarm, it worked. The serrated guitar tone, wet synth, and saturated vocals congealed into one squalid mass of sound. Without shape, it would’ve been exhausting, but the busy, athletic grooves of the drummer lent every song unique propulsion. Really, donning uniforms did each band member’s singular personality a disservice, but by the end of a careening, fitful set they’d shed parts of the costume and emerged individually anyway.

The reliably raucous rock trio Scraper opened with a takedown of the San Francisco musician exodus to Los Angeles, and dedicated a song called “Rodent” to the influx of people who “download all night, make apps all fucking night.” The real takeaway from the band’s set wasn’t declared, just implied: Guitar rock and its enthusiasts persevere in the Bay Area. Vial, a band featuring former San Franciscans who now live in Los Angeles, took the stage next. A few people awkwardly tried to right a cymbal stand, and a few moments later, the foursome was in the midst of perpetually askew but devastating punk.

Vial scanned as punk, but the headliner, Useless Eaters, is typically pegged as garage. The differentiation in this case is mostly cultural. Vial is apt to claim punk, while Useless Eaters, the long-running outlet of Memphis refugee Seth Sutton, touts a garage rock pedigree: affiliation with the late Jay Reatard and a new album, Bleeding Moon, on the notable garage-nouveau label, Castle Face. Back-to-back on one bill that night, Sutton’s tenacious leads, vigorous strumming hand, and curt vocal delivery atop a doggedly tough rhythm section collapsed the distinctions.