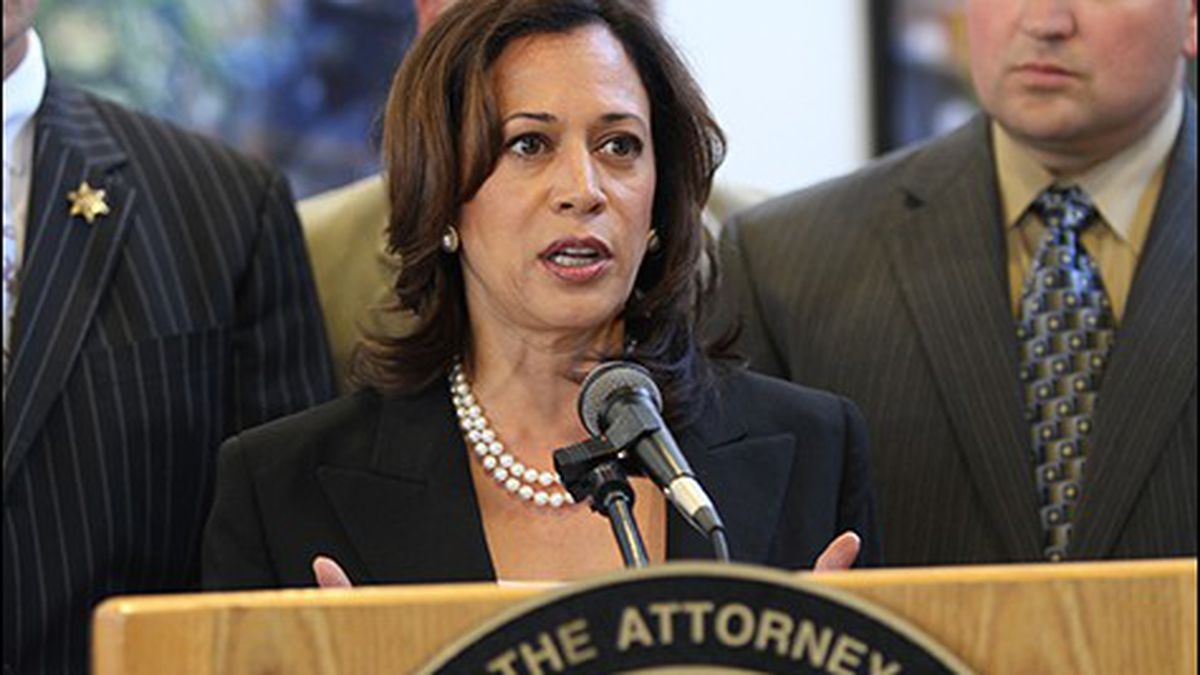 Proposed oil-refinery projects likely will increase the use of dirty tar sands crude from Canada and volatile oil fracked in North Dakota.

Controversy currently focuses on two East Bay projects: a planned transportation hub that would bring crude oil by rail and ship to a terminal in Pittsburg by a company known as WesPac, and a propane recovery and storage proposal at the Phillips 66 refinery in Rodeo. Spokespeople for both companies contend that local residents’ and environmentalists’ concerns about their projects are overblown. But neither has provided specific information about the type of crude oil they plan to use.

And last month, California Attorney General Kamala Harris wrote a letter to the City of Pittsburg, indicating that concerns raised by environmentalists and residents about the WesPac transportation hub may have merit. Harris said the environmental review of the crude oil project had “significant legal problems.” They key, she said, was that “the document fails to disclose the sources … and environmental impacts of the new crudes.” The letter explained that “different types of crude can have very different types of … impacts on such things as local air quality, greenhouse gas emissions, and the risks associated with accidental releases,” specifically mentioning risks from tar sands oil. In December, Governor Jerry Brown’s Office of Planning and Research wrote to the city expressing the same concerns.

At the Pittsburg crude oil transportation hub, WesPac plans to construct new rail and shipping facilities to bring in an average of 10,000 barrels of crude oil a day. WesPac, which develops infrastructure for the oil industry, plans to build the facility in the now-empty fuel tanks formerly used by PG&E, in a residential neighborhood close to downtown.

To allay residents’ fears that the project would bring in tar sands oil and thus worsen air pollution and increase greenhouse gas emissions in the region, WesPac spokesperson Art Diefenbach said last summer that his clients — the refineries — were not asking for tar sands oil, but for lighter crude fracked from Bakken shale in North Dakota. However, recent serious mishaps involving Bakken fracked crude raise serious questions about the safety hazards it presents to the East Bay.

In the past several months, trains carrying Bakken crude have caught fire and exploded in Quebec, North Dakota, and Alabama. The federal Pipeline and Hazardous Materials Safety Administration issued a warning about the explosive potential of Bakken crude, and the National Transportation Safety Administration advised that trains carrying crude oil should be routed away from populated areas.

Meanwhile, in Rodeo, the Phillips 66 refinery is proposing a project to store and sell the propane and butane produced as byproducts of oil refining. Currently, the refinery uses the propane to fuel its operations, but since the price of natural gas has fallen, Phillips 66 wants to buy natural gas to power the refinery and sell the higher-priced propane and butane. Phillips 66 spokesperson Mark Hughes has repeatedly assured the county that the project involves no change in the crude oil to be used.

But scientists working for environmental and community groups contend that both WesPac and Phillips 66 will likely end up bringing in tar sands oil, because it’s a cheap energy source. In a press release posted on the Phillips 66 company website, CEO Greg Garland is quoted as saying, “The single biggest lever we have to improve value in our refining business is through lowering our feedstock [crude oil] costs.” Industry figures show Canadian tar sands oil is the cheapest crude now available.

Greg Karras, chief scientist at Communities for a Better Environment (CBE), said Phillips 66 is also not being honest about other key facts related to the oil it plans to refine. Karras said that in order for the company to produce the amount of propane it has proposed in its project, it would have to switch to refining very heavy crude, such as the oil from tar sands. Only that type of oil, he said, would yield such a large amount of propane. Phillips 66 spokesperson Hughes has repeatedly said the project will not increase propane production, and thus would not require a change in crude oil, but Karras has produced evidence indicating that these claims are not true.

At a meeting of the Contra Costa County Board of Supervisors on January 21, Karras put forth a document based on figures that Phillips 66 gave the Bay Area Air Quality Management District. Karras said these figures show that the refinery’s current production of propane is only about half the amount that Phillips 66 plans to create in its project, thereby suggesting that the oil company will, in fact, need more crude to meets its propane targets. When asked to comment on this charge the following week, company spokesperson Hughes said he was not familiar with the CBE document.

Environmentalists also challenge the contention by Phillips 66 that the project will be better for the environment because burning natural gas releases a smaller amount of greenhouse gases than propane. Recently, the Bay Area Air Quality Management District pointed out in a letter to Contra Costa County that the company’s claim requires proof, since at least some of the propane and butane to be sold will be burned elsewhere, contributing to global climate change. In fact, Karras said, most of the propane and butane sold in California is used as fuel, either in barbecues or in houses not connected to natural gas lines. Some butane is also mixed with gasoline. Karras said the project will actually increase greenhouse gas emissions, when including both the natural gas imported to fuel the refinery and the propane and butane the refinery sells — even if Phillips 66 doesn’t end up using more crude oil.

The air district’s letter also said the county’s environmental review of the Phillips 66 project lacked important information about its potential health impacts. Contra Costa County Supervisor Federal Glover cited this letter and the many other concerns raised in the contentious January 21 meeting when he moved to postpone voting on the Phillips 66 project until April. Supervisor Mary Piepho specifically requested more information on reports that firefighters and other first responders do not have the capacity to deal with a catastrophic accident. Propane tanks have exploded twice in recent months, one in Redwood City and the other in Florida.

After the meeting, Supervisor John Gioia said his “main concern was the concern expressed by the Bay Area Air Quality Management District that there was not enough data to verify the impact on emissions. The heart of any project is understanding the impact on air quality.” Gioia also is a member of the air district board. “My second issue,” he said, “is how should we address the issues raised in the attorney general’s letter — the broader issues related to how this project may relate to the larger region.”

At the supervisors’ meeting, however, many speakers and apparently most of the audience supported the Phillips 66 project. “This project means jobs!” said Dave King of Boilermakers Union Local 549. LaTasha Chillous of Rodeo’s New Horizons Career Development Center said she “100 percent” supports the proposal. Richard Roberts, who works at a Concord engineering company, said, “the middle class has been crushed. These are the kind of jobs people without advanced degrees can get. They are the essence of what makes a community strong.” Refinery worker Julian Harper was one of several who tried to allay safety concerns. “I used to be scared walking in,” he said. “But I’m not now because of the safety measures the refinery has taken.”

Opponents, however, cited a laundry list of additional concerns, including the proposed cooling system, which would dump thousands of gallons of hot water into the bay; the propane loading and rail facilities, which would be built on human-made land that could liquefy in an earthquake; and the effect of adding additional air pollution to a community that the air district has already identified as being “impacted.”

Phillips spokesperson Hughes said the project would actually improve air quality by cutting sulfur dioxide emissions in half. But Janet Pygeorge, president of the Rodeo Citizens Association, who identified herself as a 68-year resident of the community, said she fears the project would increase other types of air pollution. Natural gas, she pointed out, burns at a lower temperature than propane, so more unburned material would be released into the air.

The fact of the type of crude oil coming to the Bay Area underlies many concerns, not only of Rodeo and Pittsburg residents, but also of the neighbors of two other refineries planning major projects — Chevron in Richmond and Valero in Benicia. All the Bay Area refineries are looking for new sources of crude oil because their traditional sources — in California and Alaska — are drying up. “Unconventional” oil extracted from Canadian tar sands and fracked from North Dakota shale are the two most readily available — and cheapest — substitutes.

Climate scientists like James Hansen argue that most unconventional crude oil — from tar sands and fracking — must be left in the ground, not burned, to avoid catastrophic climate change. Both types of unconventional crude headed for the Bay Area also carry more immediate hazards. Crude oil from tar sands requires about 30 percent more processing to turn into gasoline, and thus produces more air pollution and greenhouse gases. The crude oil itself also contains many toxic chemicals, and because it is so thick, it is diluted with volatile organic compounds before it is shipped. These chemicals increase the risk of explosion.

Representatives of the North Dakota Bakken shale fields say their crude oil is more likely to burn and explode simply because it is higher quality — closer to gasoline. But Scott Smith, a scientist with the environmental group Water Defense, wrote on that organization’s website that he had tested Bakken crude and found it contained unusually high levels of volatile chemicals. The federal Pipeline and Hazardous Materials Safety Administration announced it is now beginning its own tests on Bakken crude.