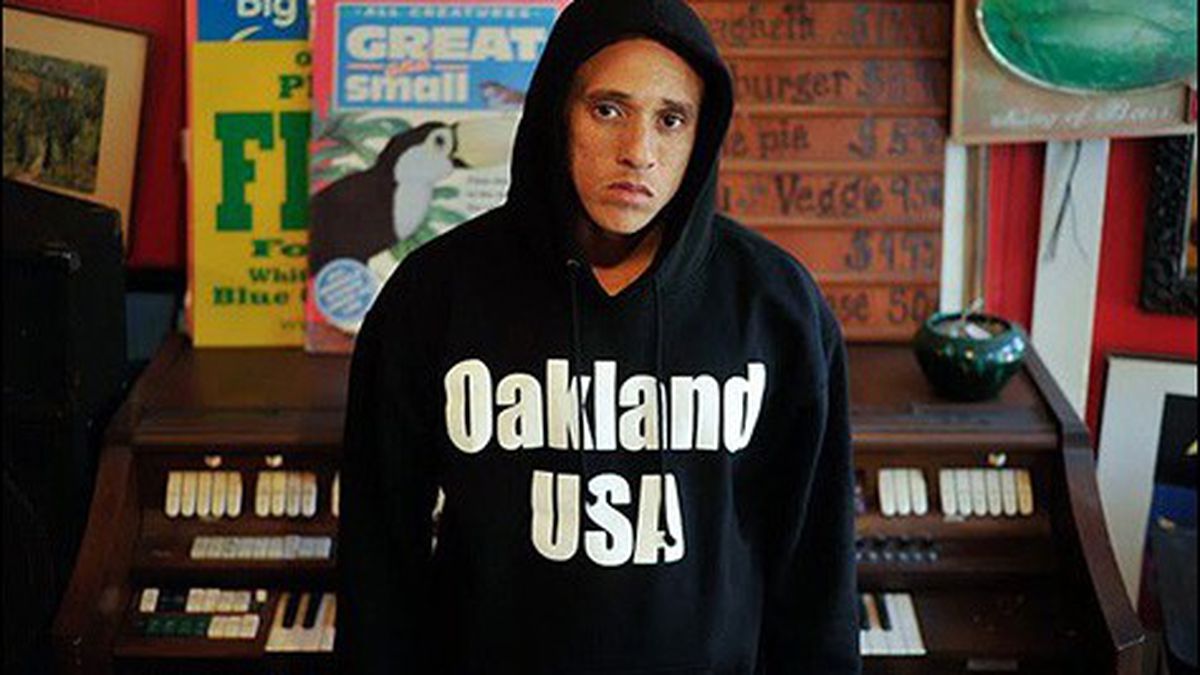 The free, all-ages music crawl will take over downtown with 25 local acts at a range of unconventional venues.

The monthly First Fridays festival in Uptown Oakland is a reliably packed party that attracts diverse crowds with a mix of gallery openings, street performers, and food trucks. And while it has become a symbol of the thriving culture and nightlife in Oakland, the event hasn’t provided a very strong platform for a key constituency in the local arts scene: musicians.

“Everybody wants to play First Friday,” said Sarah Sexton, owner of entertainment production company Oaktown Indie Mayhem and booker at Awaken Café. “It’s great if you can get booked, but the vast majority can’t. … They end up playing in the streets where they drown each other out and people are literally fighting over spaces.” To capitalize on the huge influx of people to Oakland on First Fridays, most venue owners book bands they think will promote drinking and dancing, she said. That means that some genres are shut out altogether and many talented musicians are turned down. “There’s a lot of frustration in the music community.”

The desire for a street party that features a wide variety of musicians is the driving force behind a new festival called Oakland Drops Beats Music Crawl, which is launching on Saturday with free concerts spread across downtown. “We need something new,” said Sexton. “This is kind of a natural evolution of what’s going on in the music scene in Oakland.” Sexton is just one of eight Drops Beats producers organizing the shows, which will be spread between ten different venues and feature 25 Bay Area acts, most of whom are Oakland-based. The all-day music crawl, which organizers plan to continue quarterly, is free and all-ages.

Spearheading the festival is Angelica Tavella, who said the concept is loosely based on the Venice Music Crawl, which started last summer and has since put on several events. “I thought something like this would be great in downtown Oakland,” she said. “I wanted to be able to have music in public spaces.” And given the talent pool and thriving cultural scene here, “It really doesn’t take much to make something like this happen,” she said.

Since last fall, Tavella, a Bay Area native and Fruitvale resident, has been recruiting producers and venue owners with the intention of bringing together “people that are in completely different musical spheres of Oakland,” she said. Based on the location of those who were interested, it became clear that the inaugural music crawl would work well if it was concentrated in downtown.

All of the participating venues are situated between 14th and 19th streets, bordered by Broadway to the west and Harrison Street to the east. Tavella has also secured permits to block off the intersection at 15th and Webster streets, where an outdoor stage will be located. There, the crawl will kick off at 2 p.m. with performances by youth arts groups Bay Area Girls Rock Camp, Youth Radio, and Today’s Future Sound. Afterward, nearby venues — including Awaken Café, a sponsor of the crawl, the restaurant Spice Monkey, the record store VAMP, and the art spaces LeQuiVive, Omiiroo Gallery, Naming Gallery, MOCO, and Imagine Affairs Art Lounge — will simultaneously host shows until 11:30 p.m. Among the highlights will be Planet Booty, an electronic-funk dance group, and Kev Choice Ensemble, the Oakland-based jazz-hip-hop-funk big band, at the 15th and Webster stage beginning at 4:30 p.m. Other participating bands include rockers B. Hamilton and rapper Prozack Turner at Naming Gallery and rappers Jel and Odd Nosdam at LeQuiVive. Having shows at unconventional venues with a wide range of musicians will help ensure the crawl reflects the diverse scene in Oakland, said Tavella.

The budget for the debut crawl is roughly $5,500, which covers basic logistical costs. Tavella has secured several local sponsors and is also raising money through an Indiegogo campaign — although as of press time it had only raised $435 of its $6,000 goal. Most of the promoters and venue owners are participating on a volunteer basis — a testament, Tavella said, to their passion for the project and their desire to make it a success. “There’s a gap to fill,” she said, adding that the demand for more performance spaces in Oakland has attracted collaborators to Drops Beats.

Tavella, who works in information technology and is also a musician (who goes by the artist name Nyx), said that many shows in Oakland are held either at the same four or so venues or at underground spaces. The longer-term goal of Drops Beats, then, is to encourage networking. “How can we support local musicians and have more places for live music?” she said.

The hope is that the collaborators will eventually form a planning committee and meet regularly to organize future crawls and promote shows. “When people see the opportunity to be involved in something like this that has the potential to be a lot bigger and inclusive, I think they tend to jump on it,” said Tavella. The crawl should complement some of the new local music festivals that have emerged in the last year, including the Oakland Music Festival and Oaktown Music Festival.

DJ Oracle Selassie, a host of Berkeley Liberation Radio and producer for the Imagine Affairs Art Lounge lineup, noted that interest in the event from artists has outmatched its capacity. “I definitely see the potential for how this could grow,” she said. “Everybody and their mama wants to be down with Oakland Drops Beats. It’s a really good platform.”

Because Drops Beats is a multi-venue festival, it should also bring positive attention to downtown Oakland businesses, said Atiim Chenzira, founder of A Thousand WordZ, an East Bay arts group producing the show at Spice Monkey. “It’s good cross-pollination,” he said. “The larger event gives everybody the opportunity to show what Oakland has to offer … and it brings revitalization to downtown.”

In this way, the crawl is reminiscent of the early incarnation of Oakland Art Murmur, said Josef Lucas, curator of Naming Gallery and a producer of Drops Beats. “We’ve got a scene that’s building that will keep evolving very fast,” he said, adding that it’s important for venues in this stretch of downtown to collaborate on high-profile events. “They’re our streets so we might as well use them.”

This Rock May Help You Get Pregnant