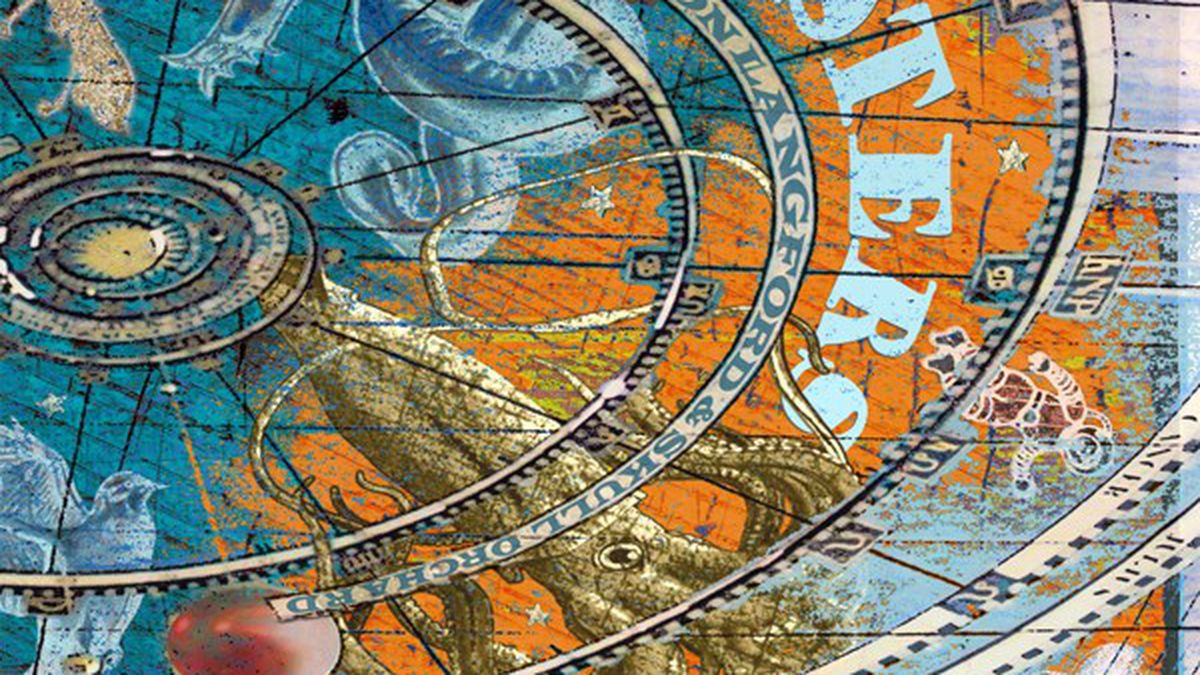 Jon Langford is quite the renaissance fellow — singer, songwriter, guitarist, painter, and member of The Mekons, The Waco Brothers, and the Pine Valley Cosmonauts. Skull Orchard is Langford’s “solo” conduit, and while it shares some qualities with his other musical outlets, it’s as distinctive as all the others, yet marks a progression as well. Unlike his previous album, 2010’s Old Devils, Here Be Monsters has a refined quality (it was recorded over a three-year span). But fear not — Langford hasn’t gone “slick” on us. While many of Langford’s other settings feature varying levels of unruliness, Here Be Monsters dials back on that a bit, replacing it with some judiciously applied sophistication and tight musicianship.

“Drone Operator” features dense production evocative of David Bowie’s “Heroes” — swelling strings and steely high-sheen, near-cinematic guitar motifs sear over an insistent chord progression reminiscent of Miles Davis’ “All Blues.” “If You Hear Rumours” is driven by some powerful acoustic guitar-playing and a brief, arching, slow-burning electric six-string solo that Eric Clapton or John Mayer would envy. The smoldering ballad “What Did You Do in the War” — about those deriving profit from extended armed conflicts — has bittersweet, nearly classical-sounding horn riffs. The loping Band-like “Lil’ Ray o’ Light” has plush Hammond organ and some dulcet yet tangy country-soul backing vocals from Tawny Newsome.