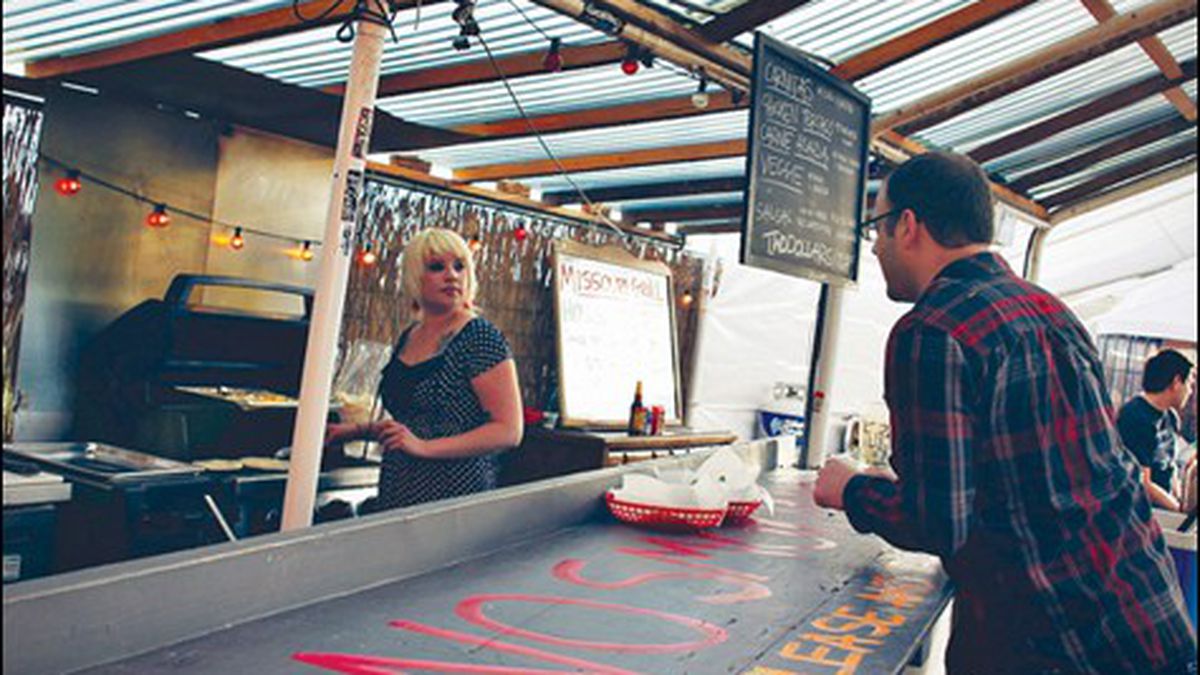 A broken sink and a beloved dive.

The women’s bathroom sink at Missouri Lounge is broken and has been for as long as I can remember, but that’s okay because there’s another right next to it. This bathroom is single-serve, contains exactly one toilet, and thus has no need for two sinks, so it’s as though one sink stopped functioning and, rather than fixing it, management just installed a new one right next to it. It makes for a bit of a bizarre tableau, especially if and when you’re already a couple exceptionally strong whiskey-gingers in, and it’s pretty much perfectly fitting for a place like this: Missouri Lounge is, after all, West Berkeley’s self-proclaimed “most elegant dive bar,” and slight brokenness is both a birthright and a point of pride.

From outside, MisLo isn’t exactly impressive — mostly windowless, painted in a flat orangey-brown, looking suspiciously like the kind of place you’d find on a dusty road off the highway somewhere — but that’s not to say the inside is much to look at either: It’s dark at all hours of the day and night, with all your expected dive-bar amenities (pool table, television, a collection of arcade games) and nothing more. In the back, though, a parking lot has been converted to a patio with impressive results: lots of tables (of both the picnic and foosball variety); a little outdoor bar and grill serving surprisingly great food, a couple beers on tap, and four varieties of shot (you’ll need to go inside for mixed drinks, a chalk-written sign warns); kegs stacked in a corner so permanently and in such great number they’ve begun to feel like furniture; an admirable attempt at greenery; several strings of Christmas lights and a couple chandeliers — a stab at that aforementioned elegance, maybe, or, equally possibly, something someone found somewhere and simply thought looked cool. It’s a backyard-y, neighborhood-y feeling place, hospitable to dogs and smoking and humans of all kinds; by virtue of the communal tables and the existence of such wonderful social lubricants as a $5 beer-and-shot special, conversations between strangers seem to pop up nearly constantly. Old friends and high-school classmates bump into each other out of nowhere and plunge into giddy catch-up sessions; couples and big groups roll spliffs and play dice and empty their PBRs with astounding endurance. The bartenders — sometimes slow and surly but just as often fast and friendly — leave their posts to hug friends as they come in; even the dogs seem to know each other, or at least get along nicely. At some point, an entire rec-league softball team wanders in, backs damp with sweat. In the back corner, there’s a birthday party happening, and toward the front, next to the grill, a woman with full-sleeve tattoos reads a book and sips an Olympia. Back in the bathroom, graffiti includes messages practical (“Roar is a champ in bed”), political (“Occupy the Missouri”; “Elves Unite”), and Cal-freshman philosophical (“An eye for an eye makes the whole world blind”), all of which appear to have been there for a very long time. And then, also, in neat red Sharpie, all caps, running opposite of sink #1: “Love this place, I really do.”