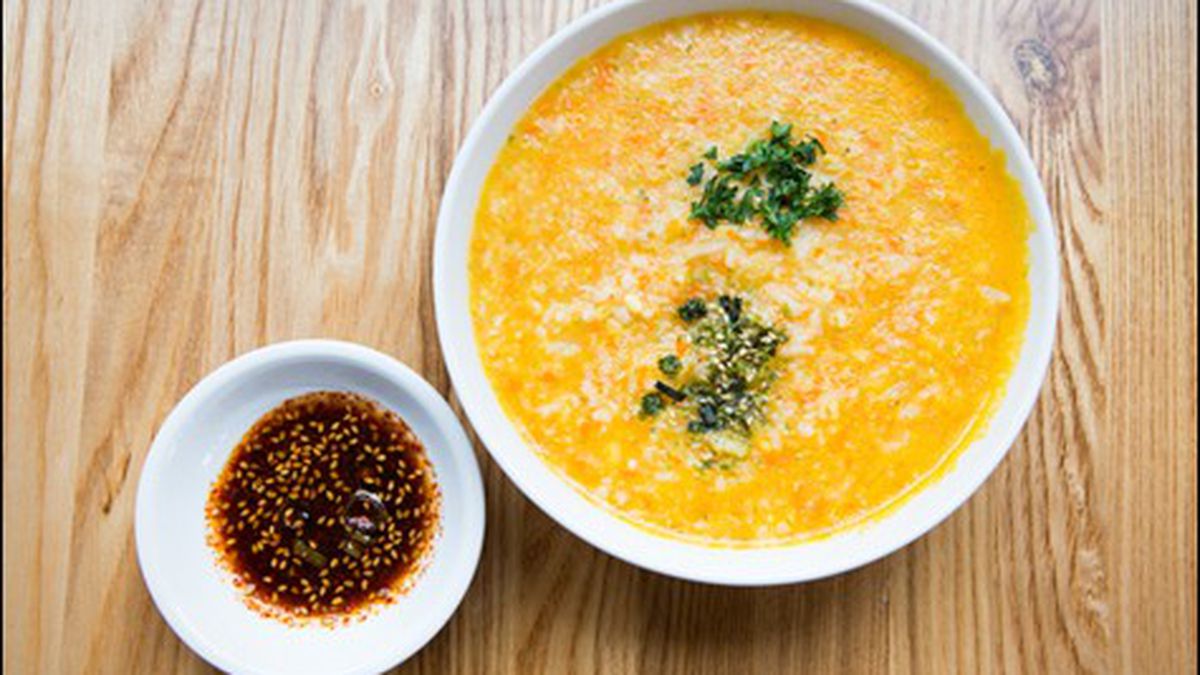 The first time I had Korean barbecue it was during the period of unrestrained carnivorousness that were my college years. Back then, I took it as a point of pride to devour half-pound burgers and rib eye steaks the size of baseball mitts — and to clean my plate, always.

It’s no wonder, then, that the nineteen-year-old me fell in love with Korean barbecue. What’s not to like about huge piles of raw meat, bathed in an addictive savory-sweet marinade and then grilled to your own liking at the table? There’s lettuce (for wrapping) to give the illusion of a well-balanced meal. There are slices of raw garlic to make you feel like a badass.

Like many Americans, for a long time I thought Korean food was synonymous with unconscionably large quantities of meat. But here’s the thing: None of the Koreans I know eat barbecue on a daily basis. (Like how the Vietnamese eat other things besides pho, and the Swiss don’t spend every meal dipping skinny little forks into a fondue pot.) In fact, meat is served in very small portions in Korea.

So when Chi Moon and Jessica Oh opened their Solano Avenue restaurant, Bowl’d, their mission was to introduce lesser-known Korean dishes to an American audience, and to make the cuisine accessible — not by dumbing down traditional flavors, but by making sure the menu had clear, non-intimidating descriptions, and that the service was accommodating and English-speaker-friendly.

By all accounts, the business has been a success: Nowhere else have I seen so many non-Asians chowing down on bibimbap (the meat- and veggie-topped rice bowls from which Bowl’d derives its name), and the restaurant’s line of prepackaged rice bowls, kimchis, and banchans (little side dishes) are now sold at Berkeley Bowl.

Moon and Oh have kept the same philosophy (but switched to a different kitchenware theme) for their new restaurant, Spoon Korean Bistro, which opened about three months ago in a former pizzeria adjacent to Berkeley Bowl West.

There’s a lot of overlap between the menus at Bowl’d and Spoon: They both offer several mix-and-match bibimbap options and a variety of savory pancakes and bubbling-hot tofu stews. Both restaurants do an exceptional job with vegetables — they’re on a short list of local Korean eateries I’d recommend unreservedly to vegans and vegetarians.

That said, Spoon has its own distinct identity: The prices are lower. The vibe is more casual — more like a nice cafeteria than a sit-down restaurant — with brightly colored Korean snacks on display, both for sale and as decor.

Spoon is also one of the only places in town where you can have Korean food at 8 o’clock in the morning. Oh noted that Koreans don’t have clearly defined breakfast foods — there’s no bacon and eggs or French toast equivalent, so the morning meal looks a lot like dinner: rice, meat, side dishes, and maybe a bowl of soup.

Still, one obvious breakfast-y item on the menu is Korean rice porridge, or juk. A mainstay of many Asian cuisines, rice porridge is, at its essence, rice and water, the two ingredients slow-simmered until they form a smooth and easily digestible mush.

Juk’s homophonous Cantonese cousin, jook, tends toward a heavy ginger-and-scallion flavor profile. At Spoon, the porridge has a thicker consistency and is a touch more elegant than its Chinatown counterparts. Oh explained that they add a couple of nontraditional ingredients: quinoa for texture and milk for an element of creaminess. Spoon offers seven variations of juk, to which you can add minced beef or chicken for an extra $2.

I enjoyed the savoriness of a version topped with a scattering of pine nuts and fresh herbs, and the dairy- and gluten-free vegetable juk my dining partner ordered was chock-full of carrots and broccoli — all finely minced, infusing the porridge with an herbaceous sweetness.

Bold flavors aren’t the hallmark of good rice porridge, though; it’s meant to be a mostly-plain canvas to complement other dishes. Our juk came with a decent spread of banchans: kimchi, sautéed broccoli, shredded potatoes, pungent (and somewhat tough) pickled garlic stems, and some lightly dressed bean sprouts. Still, the porridge itself was so generously portioned that, as good as it was, I started to get a little bored of it about halfway through.

Better to share a single order, then, and round out your meal with several of the restaurant’s varied, and more aggressively seasoned small bites. Among these, highlights include several kinds of kimbap (“kimbop” on the menu), aka Korean sushi rolls — a rarity among the area’s Korean restaurants. At Spoon, these can be filled with barbecued meats or — my favorite — Spam, but the key is that they’re all loaded with immaculately fresh-tasting vegetables: carrots, red bell peppers, pickled daikon and burdock root, and more. Each piece is a neat little bundle enrobed in sesame-oil-brushed rice and kim (toasted seaweed), making these the ideal picnic snack. (Indeed, Spoon sells pre-assembled kimbap as a takeout item, along with a selection of fusion-y sandwiches and Korean-style burritos.)

Also excellent are the bacon rolls (chewy, thick-cut bacon wrapped around seasoned rice) and the jhap chae tempura. For the latter, the classic Korean glass-noodle dish gets batter-fried so that each bundle of noodles comes out looking like a mini egg roll. The outer shell gets super-crunchy while a layer of kim — a stroke of genius — protects the noodles, preserving their springy texture.

Of course, there’s nothing stopping you from ordering barbecue at Spoon: I loved the home-style grilled mackerel (a fish for people who like fishy fish), which we picked at with our chopsticks, slathered with funky fermented bean paste, and wrapped in cabbage that had been steamed just long enough to bring out its sweetness.

It was a dish that, at nineteen, I might not have even recognized as Korean barbecue. I’d like to think, however, that I would have recognized it as delicious.