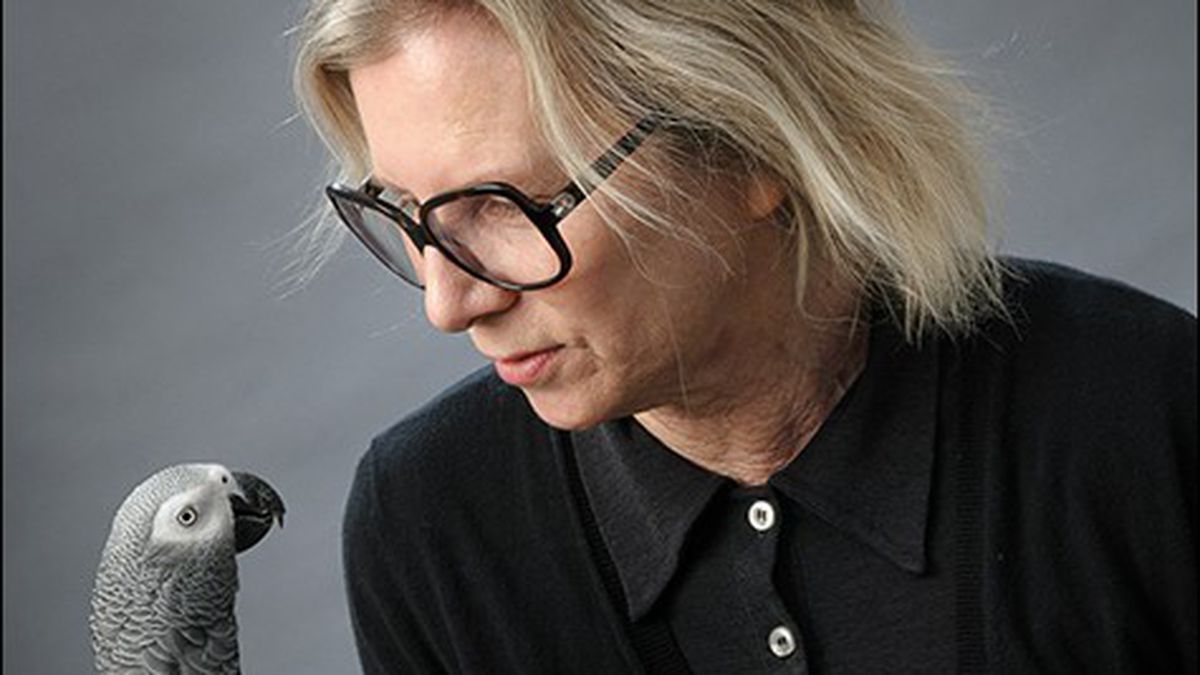 Minding the Frontier of New Music

In 1993, its inaugural year, San Francisco’s Other Minds Festival managed to book some of the world’s most influential contemporary composers. Now, with its nineteenth festival — which takes place on Friday, February 28 and Saturday, March 1 at the SFJAZZ Center — organizers plucked top talent from their backyard, including East Bay composers Roscoe Mitchell, Wendy Reid, and Donald Buchla.

The nonprofit festival’s auspicious beginning and enduring reputation can be credited to its founder and current executive and artistic director, Charles Amirkhanian. A composer himself, Amirkhanian started interviewing artists he admired while working as the music director at KPFA. After 23 years, he retired in 1992 with 4,000 tapes to his name, including conversations with Brian Eno, John Cage, and Laurie Anderson.

The following year, Amirkhanian became the executive director of the Djerassi Resident Artists Program — a residency program that houses artists of many disciplines on a secluded ranch in Woodside — where he learned how to fundraise. The inspiration for Other Minds came from the contemporary music festival New Music America, which ceased production in 1990 after being held for twelve years in different cities around the country. “These composers were all marginalized by the avant-garde classical and rock scenes,” said Amirkhanian. Using seed funding from his friend Jim Newman, a jazz fan who had started the prestigious Dilexi Gallery in San Francisco’s North Beach, Amirkhanian began planning Other Minds. His experience at KPFA came in handy, as did an offer from administrators at Djerassi to host the participating composers for the four days leading up to the festival — a tradition that continues to this day.

“My personal contacts were key to getting these people,” Amirkhanian said. “We’re the only festival where you get invited to go to a ranch for four days before you play. Everybody hangs out and hikes and talks about music.”

Other Minds debuted on November 5, 1993 at the then-new Yerba Buena Center for the Arts. The festival’s four concerts were among the first events to be held in the art center’s 757-seat theater. “It was huge,” Amirkhanian said. “We really launched in style.”

The inaugural lineup boasted luminaries such as Philip Glass, Robert Ashley, and Meredith Monk alongside up-and-coming composers. One of the younger participants, Julia Wolfe, had established herself as a founding member of the Bang on a Can ensemble in New York City, but her first big break came at the Other Minds Festival when Glass heard her work. The next year, Glass released her first solo album on his Point Music label.

“As a composer, most of the time you never hear the other festival participants,” Amirkhanian said. To remedy this, Amirkhanian allots them roughly the same amount of time — usually twenty minutes — for each performance. He also leads an hour-long panel with the artists, which takes place every night before the concert.

Although the debut festival was a success, it took another year and a half for it to return. Amirkhanian said they needed an additional six months of fundraising — a scenario that repeated itself in 1998 and 2007. Over the course of its two decades, Other Minds has received grants from the Walter & Elise Haas Fund, the California Arts Council, and the National Endowment for the Arts, among others. For its tenth festival, in 2004, the festival raised $2 million to digitize Amirkhanian’s KPFA interviews and the festival’s audio archives, which can all be streamed at radiOM.org. Still, Amirkhanian said he and fellow organizers have learned over the years to not count on reoccurring donations.

“Some years you expect to get a grant and, in a business like this, you’re at the mercy of people who run foundations,” he said. “Just when you think a particular foundation will be there, it’s not. Same with donors. They can get romanticized by something else.”

Amirkhanian said that the emergence of new Bay Area arts nonprofits has increased competition for a finite number of dollars. “The challenge has become exponentially more difficult,” he said. “We’re all fighting over the same donors and the same foundations and so forth.”

To keep the festival’s name out there, Amirkhanian has organized more one-off events, such as last November’s presentation of Rhys Chatham’s “A Secret Rose,” a composition for one hundred electric guitars. “When you’re doing an annual festival, guess what happens? They come one year and love it and don’t show up the next,” said Amirkhanian. Regarding the Chatham concert, which took place at the Craneway Pavilion in Richmond, Amirkhanian said: “We still lost $20,000, but what the hell — we’re not here for profit-making. We gain when people donate.” The Chatham event was also supported by a Kickstarter campaign that raised $20,560.

Other Minds has maintained longstanding support from The William & Flora Hewlett Foundation, which funds its general operating budget. This year’s event received grants from the Zellerbach Family Fund, New Music USA, the Ann and Gordon Getty Foundation, and four other foundations. Amirkhanian said the festival averages more than three hundred annual donations from individuals — which range from $5 to $50,000 — to help maintain radiOM.org, its record label, weekly radio broadcasts, and concerts.

“It’s taken us twenty years to build up our following,” Amirkhanian wrote in an email.

As its fundraising efforts have evolved, the festival has expanded its repertoire to include more improvised music. This year’s program will include a piece by free-jazz artist Roscoe Mitchell, the current Darius Milhaud Chair in Composition at Mills College.

A Chicago native, Mitchell is widely acclaimed for impacting jazz with his composition “Nonaah.” The avant-garde saxophonist wrote the piece as a way to explore the extreme registers of his instrument. Since its premiere in 1976, “Nonaah” has been reworked for numerous types of woodwind instruments. In a world premiere commissioned by Other Minds, Mitchell will present “Nonaah” for four bass saxophones. The massive instrument is rarely used in compositions, and Amirkhanian estimates there are only about ten in the United States.

Equally unusual should be Wendy Reid’s “Tree Piece #55‚” a work that combines the singing of an African grey parrot with melodies supplied by violin and trumpet. While the music is composed, the piece relies on the spontaneity of the bird. As the bird sings, Reid and her accompanist change the direction of the music using an electronic controller that was invented by Buchla. The controller transmits sounds in a manner similar to a theremin.

Buchla produced one of the first modular synthesizers in 1963 and continues to create custom instruments in his Berkeley studio. For his Other Minds performance, Buchla will play his vintage 200 E analog synthesizer with a new invention called the Piano Bar, which modifies a standard keyboard using MIDI (musical instrument digital interface) and triggers additional sounds with the depression of each key. Titled “Drop by Drop,” the composition will provide the soundtrack to a conceptual film by Bay Area videomaker Silvia Matheus.

Amirkhanian has already begun planning Other Minds 20, which is scheduled for March 6-8, 2015 at SFJAZZ Center. It will mark the first time the festival books repeat performers. Laurie Anderson and Meredith Monk are already confirmed to the lineup.

Middle of the Road