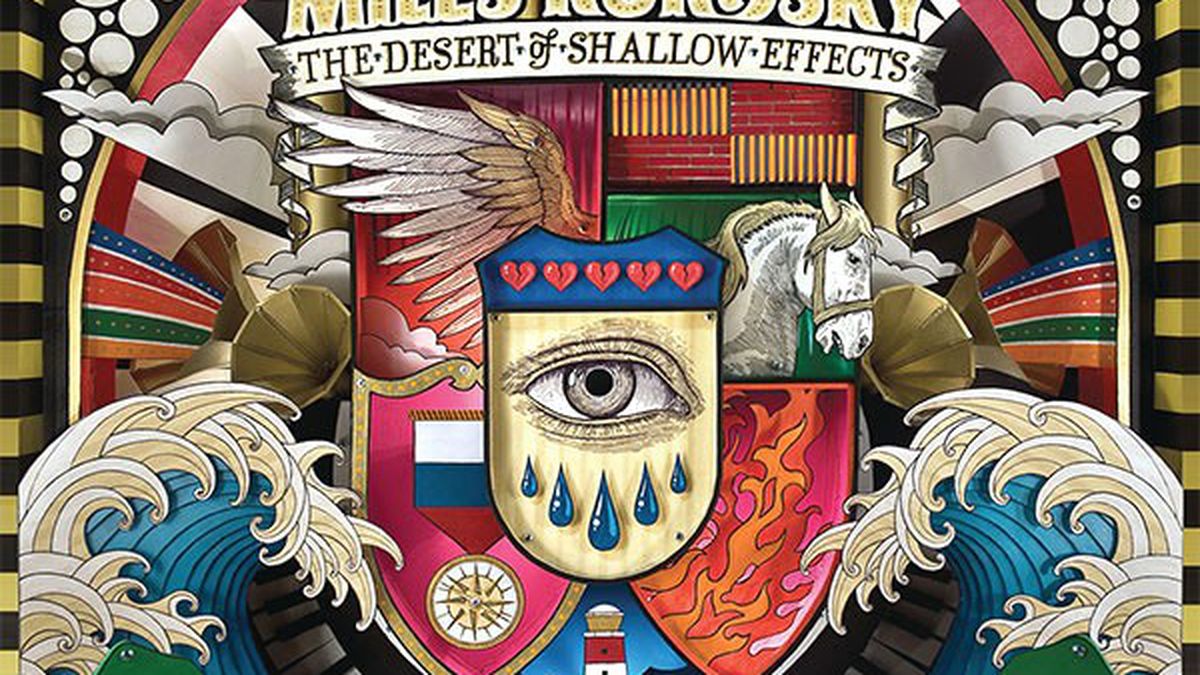 The Desert of Shallow Effects

Occupying the idiosyncratic end of the pop-genius spectrum, Miles Kurosky led Beulah through four albums of catchy indie rock. Kurosky returns with a solo debut six years after Beulah’s swan song, sounding more like he never took a hiatus than someone who labored endlessly chasing a sound just out of reach.

A wide variety of instruments weave in and out of Kurosky’s ever-shifting songs (more than two dozen musicians are credited, most playing multiple instruments), but he orchestrates The Desert of Shallow Effects according to the same principles he followed with Beulah: pop on top, and whimsy below. Whether it’s with a perfectly catchy melody or some subversive twist, Kurosky laces the songs with enticing moments, lying like snare traps in wait for a listener only half paying attention. Kurosky is a tricky lyricist, capable of excellent turns of phrase, but tough to follow the wordier he gets. The Desert of Shallow Effects sounds intentionally unfocused, but for all the moments when the songs seem overloaded, on the brink of falling into chaos, Kurosky has an answer, in the form of yet another blossoming flash of pop perfection. The album’s strongest moments are those that sound most familiar to Beulah fans. “She Was My Dresden” weaves acoustic and electric guitars into a somber and meditative tale of tragedy. With its horns and organ, album closer “West Memphis Skyline” sounds like a circus wrapping up business for the day, under the long shadows of a fading sun.

The Desert of Shallow Effects is an exciting and complex record, but it’s worth remembering that for all the melodic hooks he can bring, Kurosky remains an oddball and an acquired taste. Those not drawn to Beulah in the first place could easily find themselves lost somewhere between confused and disinterested. (Majoromo Records/Shout! Factory)