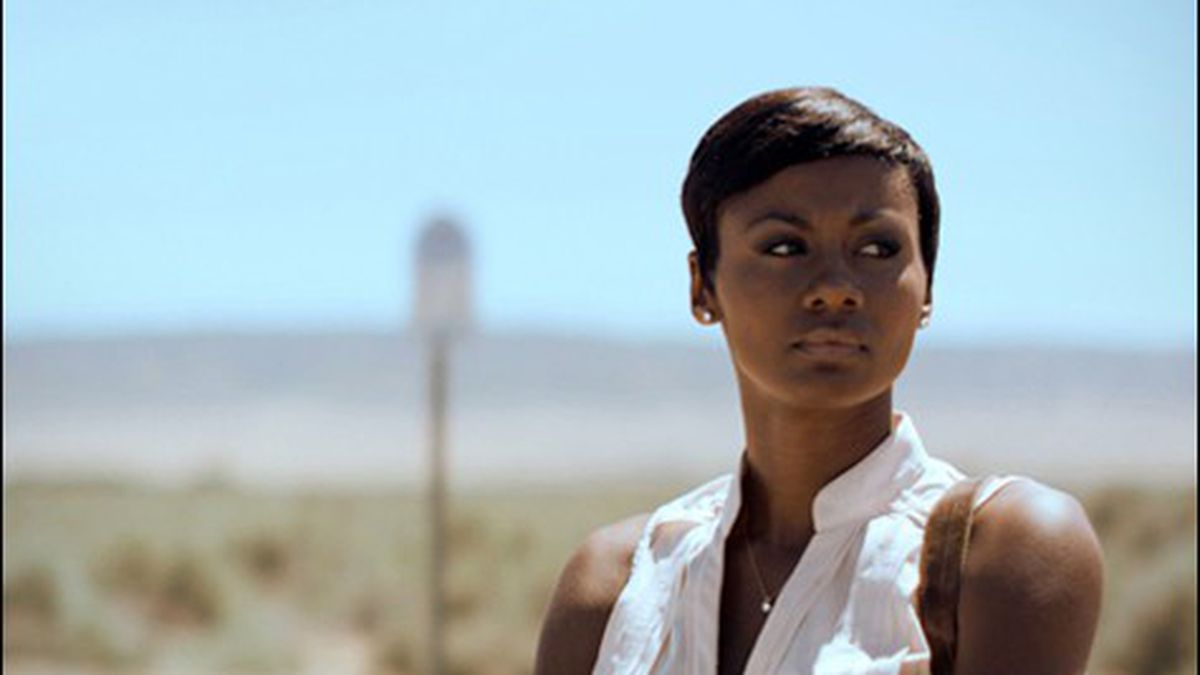 Told at the pace of life and vastly understated, Ava DuVernay’s deceptively quiet character study Middle of Nowhere brings a bounty of pluses to a story that might otherwise have been a subplot in a routine cops ‘n’ robbers flick. Writer-director DuVernay, who did the similarly low-key-but-deep I Will Follow, digs out the drama that others overlook. She loves actors and actors evidently love her.

Ruby (played by Emayatzy Corinealdi), a demure but forthright registered nurse who lives in Los Angeles, dutifully visits her husband Derek (Omari Hardwick), who’s serving a prison sentence in Victorville on an unspecified weapons charge. He begs her to give up on him but she won’t budge. As time passes we get to know Ruby, her friend Gina (Maya Gilbert), Ruby’s sister Rosie (Edwina Findley), and their mother Ruth (Lorraine Toussaint) — all of whom wonder out loud why Ruby is so devoted to Derek after so long. DuVernay burrows in and provides those seemingly mundane details of Ruby’s household, her dealings with Derek’s lawyer, and her first halting steps toward beginning a new kind of life with a man named Brian (English actor David Oyelowo), a divorced single dad who’s as straight as she is. By contemporary crime-story measure, the story moves about an inch, but in terms of getting to know Ruby and her world, we’ve traveled miles by the end of the film.

Corinealdi is surely one of the most gorgeous actresses working anywhere, but it’s DuVernay’s way with the ordinary pace of life that sets Middle of Nowhere apart from the pimp-gangsta-athlete-entertainer-sexbomb ghetto that still, at this late date, dominates portrayals of African Americans on US screens. We might reflexively think of the work of Charles Burnett while following Ruby’s progress, but no — DuVernay’s portrait is less playful, leaner, more meditative, to go along with the electronic music score and the deliberate performances. The story ends with neither a bang nor a whimper, but we learn a lot about Ruby and her family, and it’s so real we can’t help but smile.

Women Working in The Music Industry At David Brower Center