1) With one new restaurant (the Rockridge gastropub/“eating house” Box and Bells) already on the way, West Oakland native son James Syhabout has formally announced plans for another, long-rumored project, Inside Scoop reports. This time Syhabout is partnering with Adam Lamoreaux of Linden Street Brewery (95 Linden Street) to open a restaurant and beer garden called The Dock, located in the same West Oakland building that houses Lamoreaux’s brewery. Syhabout told Inside Scoop that the menu will simply consist of cuisine that goes well with beer — he’ll draw from various global culinary traditions, with an emphasis on foods diners will be able to eat with their hands. The Dock will have a full liquor license and a sixty-car parking lot. No word yet on a specific timetable for opening.

2) Inside Scoop talked to owner Michael Chiang about the future of the former Nan Yang space in Rockridge and got some additional details: Osmanthus (6048 College Ave.) will be helmed by chef Julia Klein (formerly of Terra in Napa Valley, and the menu will be “California-Asian,” with an emphasis on quality ingredients and influences from China, Japan, and Southeast Asia. The restaurant is tentatively slated to open next month. 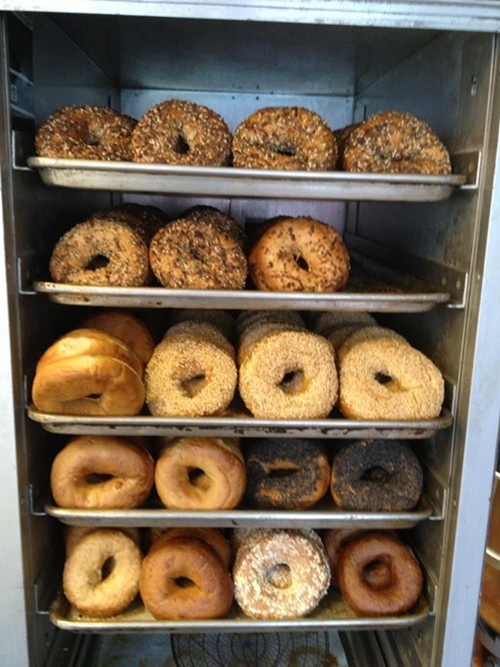 3) A tipster alerted us to the fact that Oakland’s Authentic Bagel Company (463 2nd St.) is looking to add a second location, and co-owner Jason Scott confirmed that he and his brother Mark have entered into negotiations on a space in downtown Oakland. Scott told What the Fork they’ve been looking for a bigger space to house their production, which has now maxed out at between 900 and 1,200 bagels a day. The bagelry will also keep its current spot in the Jack London Square neighborhood. More details to come about the new location once a deal is finalized.

4) We saw this a little while ago, but thought you’d like to know: After a severe fire earlier this year, the Grand Lake neighborhood’s Merritt Bakery and Restaurant (203 E. 18th St.) is open again, Berkeleyside Nosh reports. (Yelp reports seem to indicate that the restaurant actually reopened sometime in July.)

5) Berkeleyside Nosh also reports that the deal that was supposed to bring a new restaurant called Monarch Trading Company to the recently shuttered Caffe Venezia space (1799 University Ave., Berkeley) is now off the table. Consequently, the Caffe Venezia owners are looking for a new buyer. 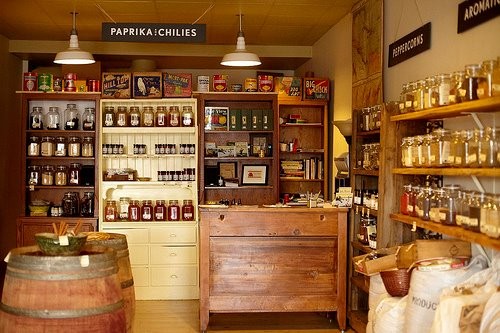 7) In a collaboration between two of my favorite Oakland-based specialty shops, Umami Mart (the Japanese barware/teaware shop and konbini) and Oaktown Spice Shop (which is, of course, a spice shop) are teaming up for an event called “Umami in Spice”: a discussion, tasting, and demystification of umami — that elusive fifth taste — particularly as it pertains to Japanese cuisine. The event will be held at Oaktown Spice Shop (530 Grand Ave.) on Monday, September 23, from 6:30 to 8:00 p.m. Tickets ($25) are available online, though it looks like they’re already taking names for a waiting list at this point.

8) A Chronicle columnist weighs in on the permitting travails of the Rockridge building where a new branch of Smitten Ice Cream (the liquid nitrogen based ice creamery) is slated to open.

9) Bay Area Bites examines why there aren’t more people of color involved in craft brewing — an interesting question, with one Bay Area brewery providing the exception that proves the rule. As a kind counterpoint: The New York Times looks at the rise of Latino winemakers in Napa and Sonoma.

10) Finally, ICYMI: a new commercial kitchen in West Berkeley, a Halal facility where you can buy freshly slaughtered poultry in East Oakland, and a peek at Plum’s new five-course tasting menu.