.Mid-Week Menu: Mockingbird Replaces Hibiscus, Off the Grid Comes to Concord, and Uptown Kitchen Celebrates Food Made for Stoners

1) It looks like Francis Garcia and Sal Basille, co-owners of New York-based Artichoke Basille’s Pizza, did some reconnoitring when they came to the Bay Area earlier this year to film an episode their Cooking Channel show Pizza Cuz. (What the Fork interviewed the cousins about their East Bay pizza discoveries, which included their first encounter with wild nettles.) Now, Berkeleyside Nosh reports that Artichoke Basille’s is opening its first West Coast branch, at 2590 Durant Ave. in Berkeley’s Telegraph Avenue neighborhood. The owners are hoping to open by the end of October. In the meantime, check out Slice’s thorough breakdown of Artichoke Basille’s most popular pizzas, which differ quite a bit from your classic New York City slice (h/t Inside Scoop). 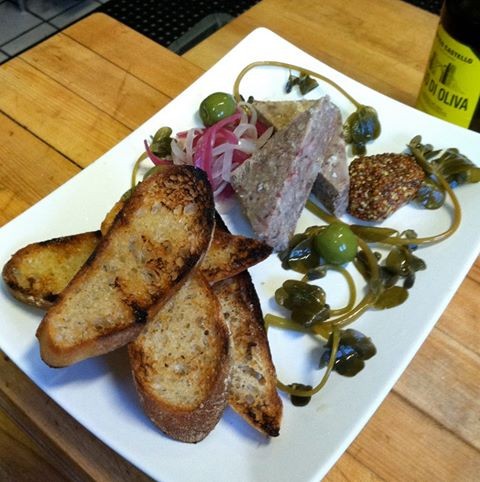 2) Diablo Dish first noted the arrival of a new farm-to-table restaurant called Mockingbird, which quietly opened in Uptown Oakland on September 13, in the former Hibiscus space (1745 San Pablo Ave.). Details have been scarce, but Eater recently caught up with co-owner William Johnson (a Zuni Cafe and Spruce vet), who opened the restaurant along with Melissa Axelrod (whose prior gigs include Delfina and Fringale). Two takeaways from the Eater preview: Instead of having a single head chef, Axelrod and Johnson, along with a few others, are taking a chef-by-committee approach. And although Johnson didn’t want the restaurant to get pigeonholed, Mockingbird’s daily-changing menu looks like it’s right in that classic Northern California cuisine wheelhouse.

3) Back in August, What the Fork reported that a new sushi restaurant called Torpedo Sushi (25 Grand Ave.) was opening in Uptown Oakland, with an emphasis on supporting sustainable fishing practices and a concept that features big, uncut sushi rolls you can hold in your hand like a burrito. Now, Oakland North takes a closer look at the sustainability piece, including the restaurant’s partnership with supplier Water 2 Table and owner Luis Sanchez’s claim that Torpedo will be the first sustainable sushi restaurant in Oakland. 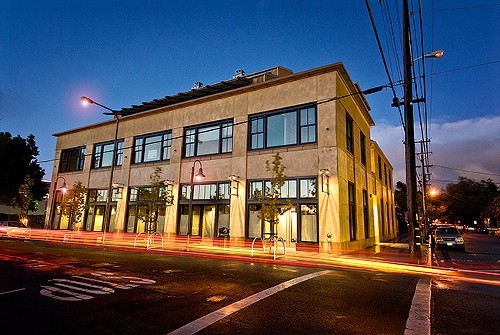 4) In other torpedo-named-business news, Sierra Nevada Brewing Co. has announced that its new Berkeley tasting room will be called the Torpedo Room — after the Chico-based brewery’s proprietary, torpedo-shaped dry-hopping device, the Hop Torpedo. According to a press release that Sierra Nevada sent out yesterday, the sixteen-tap tasting room is slated to open in early November.

5) Off the Grid, organizer of massively popular food truck rallies, continues its steady march toward world domination by bringing its tried-and-true formula deep into the East Bay: OtG’s newest weekly street food market debuts on Saturday, October 5, in Concord, in the parking lot of the Willows Shopping Center (1975 Diamond Blvd.). The market will run from 11 a.m. to 2 p.m. each week and will feature a rotating lineup of as many as ten trucks, though only four are confirmed for this Saturday’s smaller-scale debut event: The Chairman, Sanguchon, Seoul, and Lexi’s.

6) Hutch (2022 Telegraph Ave.), Uptown Oakland’s new Southern-style raw oyster and cheesy grits specialist, is hosting a Bootlegger’s Dinner tonight (Oct. 2) — $65 for four courses paired with drinks that’ll showcase Wylie Howell whiskeys and moonshines. One of the dishes is a take on chili and cornbread; another is a 24-hour brined quail. Check out the full menu here. There will be two seatings, one at 5:30 and the other at 8:30. Call 510-419-0622 to make a reservation.

7) The Uptown Oakland jazz venue Sound Room (2147 Broadway) and its affiliated commercial incubator kitchen, The Uptown Kitchen, will be hosting a special First Friday artisan food market this Friday, October 4, from 7-10 p.m. This month’s theme? Food made for stoners. Gourmet food items geared toward customers who have a serious case of the munchies will include grilled cheese sandwiches made by the Grilled Cheese Guy, stoner ice cream (bacon, chocolate, and peanut butter flavors) by Kim Byers, and what organizer Maricela Yee describes as “cotton candy on steroids” from Sugar & Spun. Check out the event’s Facebook page for the complete lineup. There’s no cover charge, and the Oakland Symphony Chorus will be on hand performing showtunes.

8) Two more food-focused events to check out this weekend: First, this year’s Rockridge Out and About street festival is happening on Sunday, October 6, from noon to 6 p.m, on College Ave. (between Alcatraz and Kales avenues). Market Hall (5655 College Ave.) vendors will sell sandwiches and other assorted food items; several outdoor “food court” areas will be populated by gourmet food trucks; and a number of brick-and-mortar restaurants, including a few newcomers to the ’hood, will get in on the action as well — Pucquio will be hawking Peruvian cebiche; Bourbon and Beef will serve paella.

Meanwhile, event organizer Food Social will celebrate its two-year anniversary with a party at Alameda’s Dragon Rouge Restaurant (2337 Blanding Ave.) this Saturday, from 3 p.m. to 9 p.m. Admission is free, and food vendors on hand will include Ippo Ramen, Sticks Gourmet Corndogs, and Licensed 2 Grill.

10) Finally, ICYMI, this week I previewed the new restaurant and hookah lounge that Oakland’s Oasis Food Market is opening and gave a rundown on a new food delivery service.

Next ArticleWednesday Must Reads: Airline Safety Inspectors Sent Home in Shutdown; Californians Flock to Get Obamacare