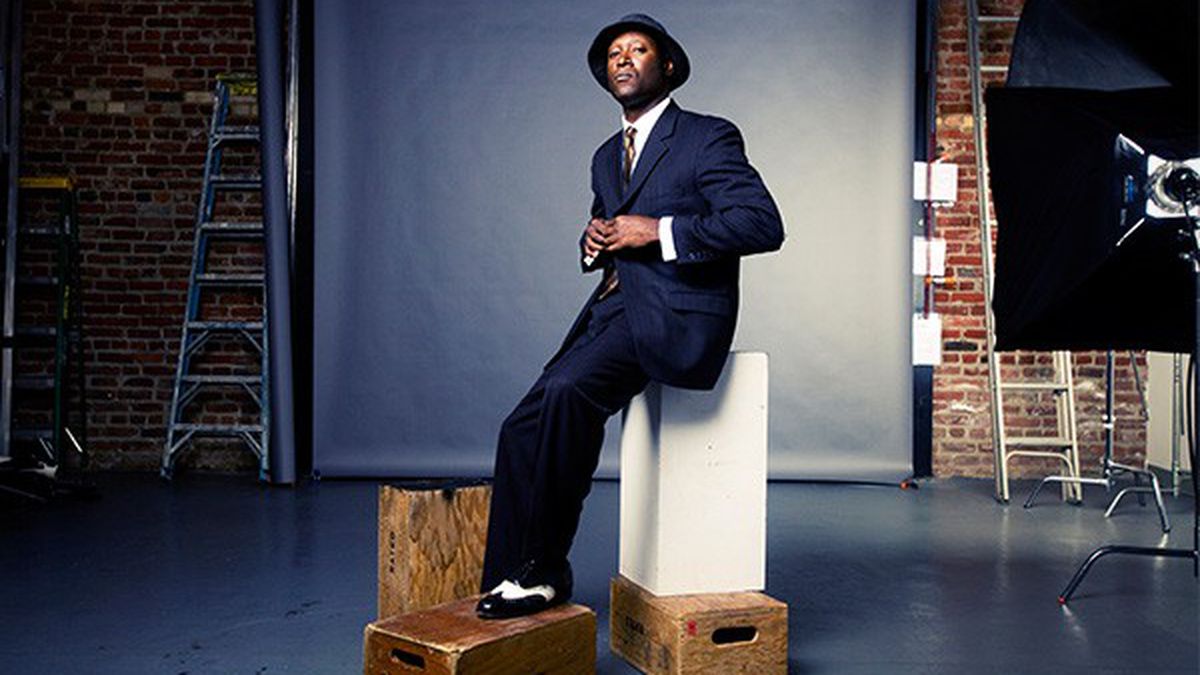 The paired surnames “Smith and Shelby” evoke a welding company, an establishment recognized for bending metal with searing heat, emblazoning imagery on steel — or soldering bridges.

Playwright, actor, and educator Anna Deavere Smith and local bassist, composer, and educator Marcus Shelby — whose lightning-sharp and thunderous Notes from the Field: Doing Time in Education, The California Chapter opens on Saturday at Berkeley Rep — might like the analogy.

After all, the one-performer, one-man band production aims to brand an indelible mark on the heart of America’s “school-to-prison pipeline,” which shuttles young Black, Latino, and Native American individuals into incarceration at a fearsome rate.

Notes is the culmination of Smith’s two years spent interviewing students, teachers, parents, members of law enforcement, juvenile justice activists, and conducting Town Halls that included a staged reading by Smith and audience input. With Notes, the MacArthur Award-winning actor looks to coalesce all of that material and generate dynamic audience conversations that spill out of the theater and enact change — with the help of Shelby.

Shelby has long coupled music and activism. One of his projects, “Harriet Tubman,” about the life of the freedom fighter, was commissioned in 2006 by Stanford University. He made “Soul of the Movement,” a twelve-part suite on Martin Luther King, Jr. and the civil rights movement in 2009. And “Beyond the Blues: Ending the Prison Industrial Complex” is an ongoing series of conversations at San Francisco’s Red Poppy Art House inspired by Shelby’s visits to local prisons.

“I’ve been going into the prisons and hearing stories that have to do with historical trauma,” Shelby said. “I’ve been hearing about schools with security guards instead of hall monitors. About resources and policies deferred from early childhood education and after-school activities and pushed into punishment and control. I’ve visited juvenile justice centers with my bass. I talk about the history of the blues and musicians who’ve used their music to do great things.”

Shelby said Smith recruited him for Notes early on.

“She likes bass,” he said. “It’s a voice she likes to communicate with on stage. It’s different than a second actor. Her voice blends well with it.” Understating, he added, “She doesn’t have a tiny voice.”

Not only does Smith have one enormous voice, she employs multiple voices in the show, assuming a vast range of characters, including young people in Baltimore, old people in Stockton, cowboys, and high school principals. “They all have their own speech inflection and volume,” Shelby said. “You have to lean in to capture the dynamic.”

With new director Leah C. Gardiner and movement coach Michael Leon Thomas leading the stage production of Notes, Shelby and his bass will move in yet-to-be-determined ways. The rest of the planning is “airtight,” he said, allowing him to concentrate on transitions and moments of silence. “Some of the music is improvisational and some of it’s set. It’s blues, but the motifs and shapes are specific to the script. I have to be compatible. If I can’t find the right [music], I might not play. Silence is golden; it’s far better than playing the wrong thing.”

Relying partly on impulse, Shelby said he and Smith built a vernacular unique to Notes based on theme and variation, call and response, tone and timbre — just like a jazz duo.

“The bass is a voice in the room that can be a character, a soundscape, the equivalent of an environmental element like a chair or another prop. At times, I’m trying to push the energy of the moment, adding drama. Or, for a heavy, long speech, I can accompany with an arc. In transitions, I sew the last expression to the next, mood-wise and tone-wise.”

Smith emphasized the joy of working with Shelby.

“I’m crazy about Marcus. Been crazy since he came to a class that I taught and we spent a whole day working with him and his band,” the playwright and actor said. “He’s so open and knowledgeable. He’s curious and a consummate professional. He’s inspiring to me.”

Since Act I is a documentary-style portrayal of related but individual characters that present a thematic arc, if not a narrative one, Smith explained that Shelby’s music plays a major, unifying role.

“You know the bass keeps everything together in a band, right?” she asked. “My plays are fragments and he keeps it all together.”

When Shelby visits prisons and juvenile justice centers with his bass, it’s no less important than when he headlines at SFJazz. “I may even play harder because you can’t fake anything,” he said, suggesting that his contributions to Smith’s production will tap the same raw, honest expression.

As moving as it might be, Shelby and Smith don’t present Notes as a solution to the nation’s racial divide and school-to-prison pipeline. That’s why Smith has the audience in Notes’ second act gather in pod-like clusters throughout the theater and directs them to engage in real-life, substantive conversations.

As Shelby said, “Like choreography, music can give a viewpoint or create something beautiful to counter things that aren’t. All art forms do that. When I go into prisons and juvenile justice centers, I’m leery of teaching and preaching. I can talk to the people about something I love, music. It’s a language, so it doesn’t have special power. It’s just about humanity.”