.Xuxa Santamaria: Dance at the Altar of Labor and Debt

Sòfia Còrdova and Matt Kirkland probe the intersection of art and capitalism on Billionair Rainbow. 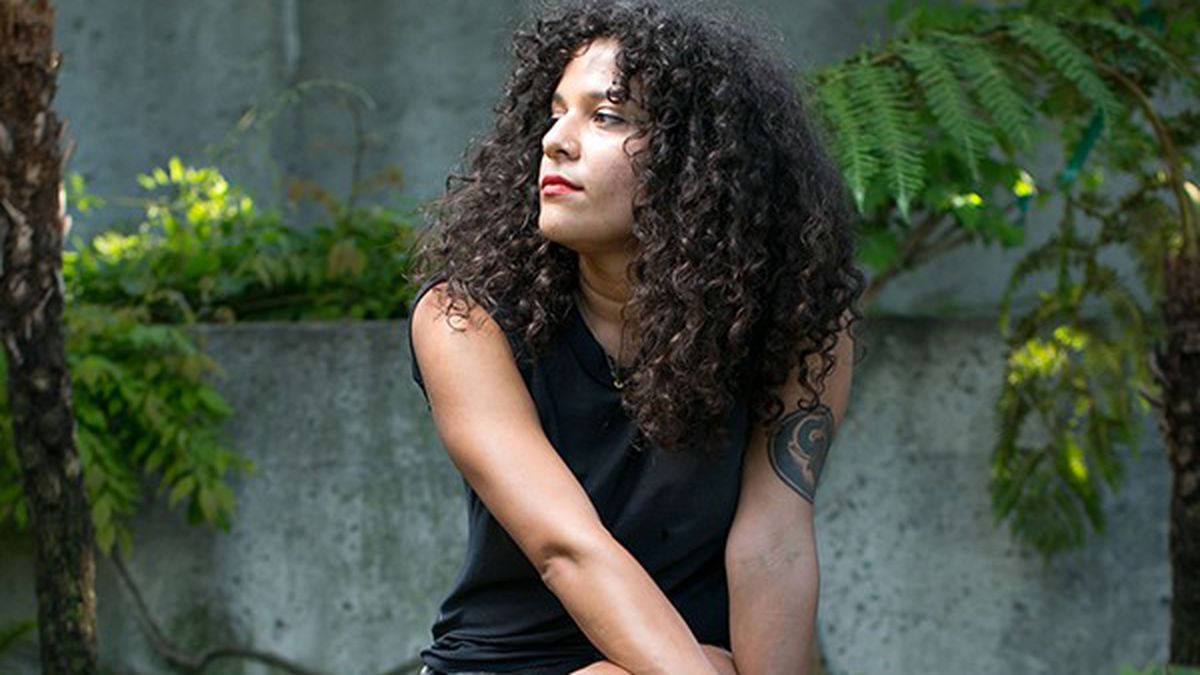 In March of this year, Sofìa Còrdova and Matt Kirkland participated in the music residency at Oakland’s Zoo Labs, a live-in program for selected bands to write and record new material in between intensive seminars and workshops on branding and promotion. Critics of the tech industry’s impact on local arts communities might consider Zoo Labs, which is consciously modeled on start-up incubators, nothing less than offensive. Còrdova and Kirkland, who create lofty dance music steeped in intellectual themes as Xuxa Santamaria, brought more nuanced misgivings and curiosity and left with Billionair Rainbow — six sleek songs about labor and debt as they relate to artists and young people in the digital age.

‘”What’s your product?’ is how they would ask what you make,” Còrdova said in a recent interview, referring to Zoo Labs’ staffers. “It didn’t account for how the creative process — a phrase I don’t even like — is slippery. Most of the time, it’s something that continues to elude me.” And yet, she continued, “It was their intention to present it as an ‘incubator’ so that you can see that self-castigation doesn’t necessarily have to be a part of making art.”

Zoo Labs’ faith in creative methodology and smart marketing runs contrary to artists’ notions of their practice as somewhat irrational, bound to whimsy and chance, and underpinned by algorithm-defying enigma. For Còrdova, it forced hard, useful questions: When all artists engage in “branding,” why bristle at the parlance? Where’s the muse in the machine?

Interrogating the assumptions of Zoo Labs and the intersection of art and capitalism turned out to be highly catalyzing. Xuxa Santamaria dwarfed the output of most program participants by taking less than a week to write and record six songs, all of which are now tethered to music videos.

Còrdova, a multi-media artist and assistant to the esteemed photographer Richard Misrach, brings pop into fine art and theory into songs. An exhibit of her video, collage, and paintings at Royal Nonesuch Gallery last year was inspired in part by Philip K. Dick and visions of an apocalyptic dystopia. The title, Every Night I Tell Myself I Am the Cosmos, hijacks the name of a lush power-pop song by Big Star’s Chris Bell. And for the music video to “Conquistador,” Billionair Rainbow’s opening track, Còrdova was inspired by “durational art in the Seventies’ feminist tradition.”

The song opens with the garbled voice of a man professing his enthusiasm for “camgirls,” shorthand for the online sex-workers who appear before webcams at home and take instruction from remote viewers. The introductory byte ends with the man lamenting his habit’s cost, then glistening keyboard melodies cascade across a backbeat and skittish high-hats. Còrdova swings between husky verses and sprightly melodic refrains. Sung in Spanish from a camgirl’s perspective, Còrdova explained, “It’s basically about feeling like a working stooge.” She continued, “It’s about getting paid and how that outlines a relationship but not ownership. I get to own my desire.”

In the video, Còrdova dances and lies about and glances at the camera on six individual screens, donning a variety of outfits and alternately bored, excited, and flirtatious expressions. Particular to the webcam industry, she said, is that the domestic settings extend a deceptive sense of intimacy to the viewer. “[Onlookers] feel like they’re purchasing a slice of reality, but the person on the other side retains editorial control,” she said, carefully adding that some women are coerced into the webcam industry. In writing a song about a way to maintain autonomy, Còrdova collided with adapted mechanisms of control and exploitation.

“Belshazzar,” another song, takes its name from the Prince of Babylon and references D.W. Griffith’s silent epic, Intolerance. The video cuts up scenes from the film depicting thousands of slaves, played on film by thousands of extras. Còrdova was intrigued by the simulacra of forced labor at the dawn of the Hollywood movie structure.

“Fanta Fabuloso,” meanwhile, taps a thematic vein that courses throughout Cordòva’s inner-disciplinary work and harks to Xuxa Santamaria’s beginnings. Còrdova grew up in Puerto Rico and originally founded Xuxa Santamaria, then known as ChuCha Santamaria, when she was enthralled with Seventies dance and hip-hop styles that bore the influence of Caribbean immigrants. In light of that, Còrdova’s gallery work and the music video imagery in “Fanta Fabuloso” evoke a continuation of those diasporic imprints, now mingling with more contemporary aesthetic tendencies.

But a cursory glance at the vegetation, jungle, and aqueous imagery in the “Fanta Fabuloso” video, digitally treated to reflect the songs’ choppy rhythm, also brings to mind aesthetics that are considered native to the internet — which Còrdova takes issue with. As she observed, there’s a tendency to cordon off online developments from their historic and geographic precedents. When artists bring real life traditions under the umbrella of a new hashtag, it’s received as original.

“It often happens to be white artists — history of fucking pop music, right? But when it happens through the internet, it’s ascribed this intellectual forethought, becoming some sort of art move,” Còrdova said.

Without geographic grounding, online electronic music tends to blur, muddle, and erase history. In other words, appropriation is less likely to be called appropriation if it involves a gif. Còrdova’s work pushes back, illuminating the inadequacy of a pat descriptor such as “tropical” when the traits of her music and imagery draw from the hardboiled history of Caribbean diasporic communities. “Some white tastemaker going, ‘This is seapunk’ delegitimizes the source,” she said, referencing a faddish micro-genre that sprung from the web.

And seapunk brought our conversation back to branding. As trends accelerate online, old things flash by so quickly through the effects of novel digital filters that they appear as new, which only underscores the sort of point that a Zoo Labs seminar would drive home: Accessibility hinges on artists’ interaction with prevailing styles, even if they’re bound to seem embarrassing in no time. Còrdova gets that, but she thinks it sucks. “This impulse to meta-define yourself in regard to trends is just such a cynical approach to being in the world,” she said.

Confronted with the calculated realities of art under capitalism, she reached back to mystery: “The rare miracle of a conscious being in the universe blows my mind and I’m going to work from that — and not box myself into a brand that’s part of a market.”