.Making Whatever’s in Front of Her Interesting 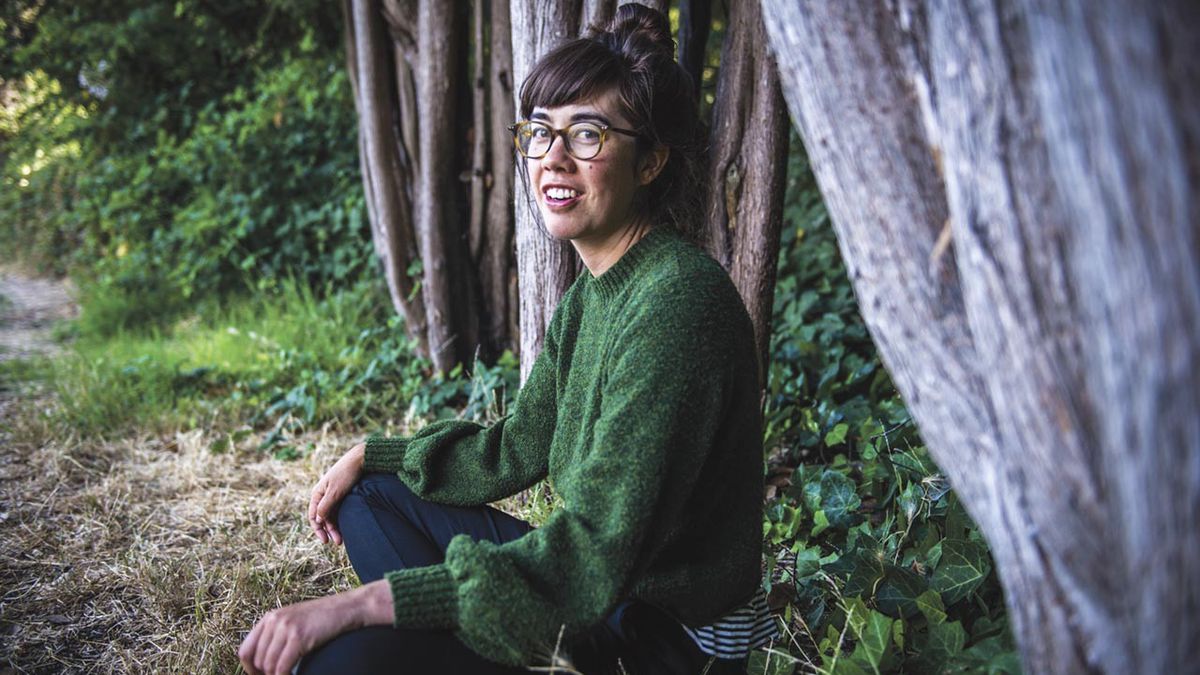 It’s no slam to say that Jenny Odell’s art is like a colossal yawn. Stretching the mandible of imagination wide, the Oakland-based artist’s multi-disciplinary projects and new, well-received book, How to Do Nothing: Resisting the Attention Economy, are in every sense a visceral, invigorating response to fatigue. Instead of escaping the cell phone that Odell has described as a “sensory-deprivation chamber” during dinner or for a weekend digital detox, her work demands acute attentiveness, deep listening, close observation, deliberate action. Exactly like a yawn, the ultimate pursuit is to be woke. Extending the metaphor, science proves a yawn is contagious, suggesting Odell’s do nothing/something might ripple laterally to other people.

The irony of having written a book about “doing nothing” aimed at doing something finds explanation in Odell’s projects like Bureau of Suspended Objects, a digital and physical archive of 200 objects Odell salvaged from the San Francisco dump. Visitors to the exhibit scanned QR codes providing information about how a license plate, flip phone, “Sexy Pig” figurine, Apple PowerBook G4 and other objects were originally manufactured, advertised, sold and valued.

Paying close attention to secondhand materials or overlooked people and locations is foundational in other works: “Garbage Selfie” is a self-portrait created with everything Odell tossed, recycled, or composted during 18 days in 2014. The videos in a 2013 project, “People Younger Than Me Explaining How To Do Things,” have a young woman, cleavage exposed, advising, “So you want to put the smaller bra inside the bigger bra.” A male contributor says, “Ask yourself if you really want your ex back.” A girl performing an impossible yoga pose taunts, “And see how long you can hold that.” A young boy in a far less-challenging upside-down position suggests, “Go on the ground, like this.”

Odell’s unusual/commonplace, funny/sad, infuriating/gorgeous perspective gains sophistication and political bite in “63 Trump Mouths,” a “fuck Trump” compendium including a digital click/paint tool using Trump’s head. “Google Drawing Game” displays images resulting from dragging a photo or screenshot into a Google Image search bar. Like a game of telephone, a “similar” image has a horse become a daisy, which becomes a spiral, then continues to unspool in unrelated, odd iterations.

With work exhibited at The Contemporary Jewish Museum, Google headquarters, the New York Public Library, La Gaîté Lyrique in Paris, and the Lishui Photography Festival in China among others — and with the book’s enthusiastic reception — Odell gains academic clout as a faculty member since 2013 at Stanford. In an interview, she says greater visibility doesn’t necessarily lead to increased freedom for artists.

“So far, it seems like you get less,” she said. “But the book is on a different scale. Far more people have seen it than anything else I’ve done. Trying to sound bite and be associated with that, there’s risk. The feeling of the hustle when you start out almost never leaves you: It can be hard to do things that really align with what you want to do.”

What she wants to and is doing, is uncover meaningful reasons, not quick fixes, for regarding time, resources, and social media or in-person interactions in less superficial ways. An avid “bird-noticer” who declines the label “bird-watcher,” Odell has used online sources to become an amateur ornithologist. She admires historian Liam O’Donoghue’s podcast, East Bay Yesterday, and projects in which citizens cluster around protecting creeks, wildlife habitats, sacred indigenous land, and more. Workplaces with engineered time like specifying six minutes for a worker’s bathroom break are not a solution to disorder, she insists. Nor is alertness and imagination encouraged in an academic structure Odell says pivots too early from a fourth grade post-field trip’s “write about the trees you saw,” to upper grades’ judgment, counting, right/wrong testing: “Name the number and classify the trees you saw.”

Instead, the key to doing nothing in Odell’s script is more like a John Cage score — a frame of exacting attention subject to chance and different in every rendering. A first step to actively doing nothing could draw from Odell’s earliest memories. “My mom would take me in a stroller and bring it close to shrubbery. I’d get interested in the texture. She’d take me to live performances when I was too young to understand what was going on. Whatever was in front of me was interesting, worth looking at. That idea is what I grew up with.”