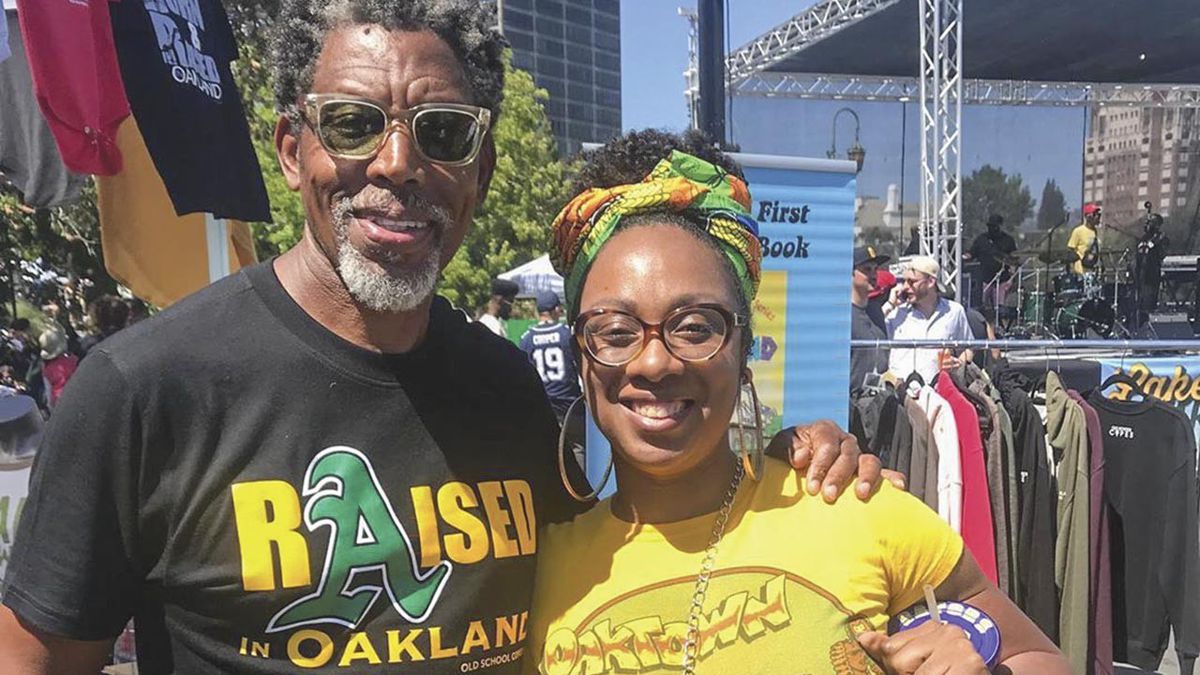 “Old School” Copes’s van can be seen just about every Saturday across the street from the Lakeshore Farmer’s market, selling T-shirts singing the praises of Oakland. Copes became the heart of the late 80s-early /90s Oakland Hip-Hop scene as the go-to screen-printer and designer of album covers and street oriented swag. What many miss as they peruse the “I Hecka Love Oakland” and “Brooklyn In Oakland” shirts and hats is a small scrap-book sitting on a small, black lectern. In it, are pictures of Copes with Oakland luminaries, including Huey P. Newton, going back nearly 50 years. What’s even less known is that he coined the term “Oaktown” or “The Town” over 30-years-ago. Copes is Town. The Town is Copes.