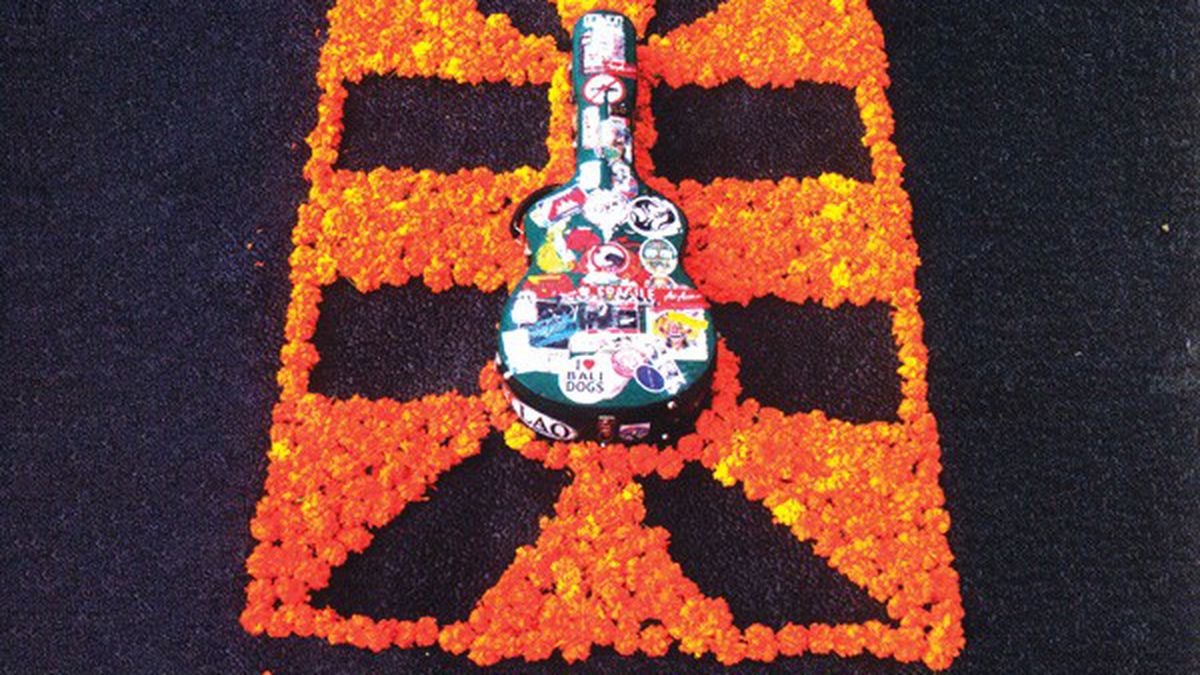 Mike Gibbons, Marigolds: The Bangkok Sessions. Despite a lack of melodic variation, Mike Gibbons’ songs all sound rich. The title track hovers on a very simple chord progression, but with Yair Evnine‘s cello and Jay Montonn Jira‘s production techniques, it sounds as though Gibbons is singing with a full string section. Gibbons sings in a loud, folksy bellow, hitting some notes just a hair flat. (Gibbonmonster Music)

The Soft Moon, The Soft Moon. The Cure has a spectral presence in shoegaze outfit The Soft Moon — actually the solo project of singer and multi-instrumentalist Luis Vasquez, who puts together a band for his live shows. It’s a spare, cold, dramatic album, on which drums grunt and stutter while guitars gnash their teeth. The Eighties influence is sharpest on opener “Breathe,” in which Vasquez sings in a creepy, sibilant whisper over a guitar line that’s really no more than a drone. (Captured Tracks)

Vijay Anderson, Hard-Boiled Wonderland. Chaos is a source of inexhaustible creativity for free-jazz drummer Vijay Anderson. He has assembled an incredible for quintet for this all-improvised album, which begins with a single drum roll, followed by sixteen minutes of blurred, meandering melodies. Even at their most contemplative moments, these musicians always favor antiphony. (Not Two)

John Santos, La Esperanza. Another masterpiece from John Santos, a Latin percussionist who divides his muse between a straight-ahead sextet and a coro folkórico. La Esperanza juxtaposes a six-voice choir with a nine-piece percussion section, often with no other instruments. “Obatalá” has the coro doing a call-and-response over a full orchestra of drums. A full rhythm section materializes for “Recuerda,” with elegant piano comping by Elio Villafranca. (Machete)