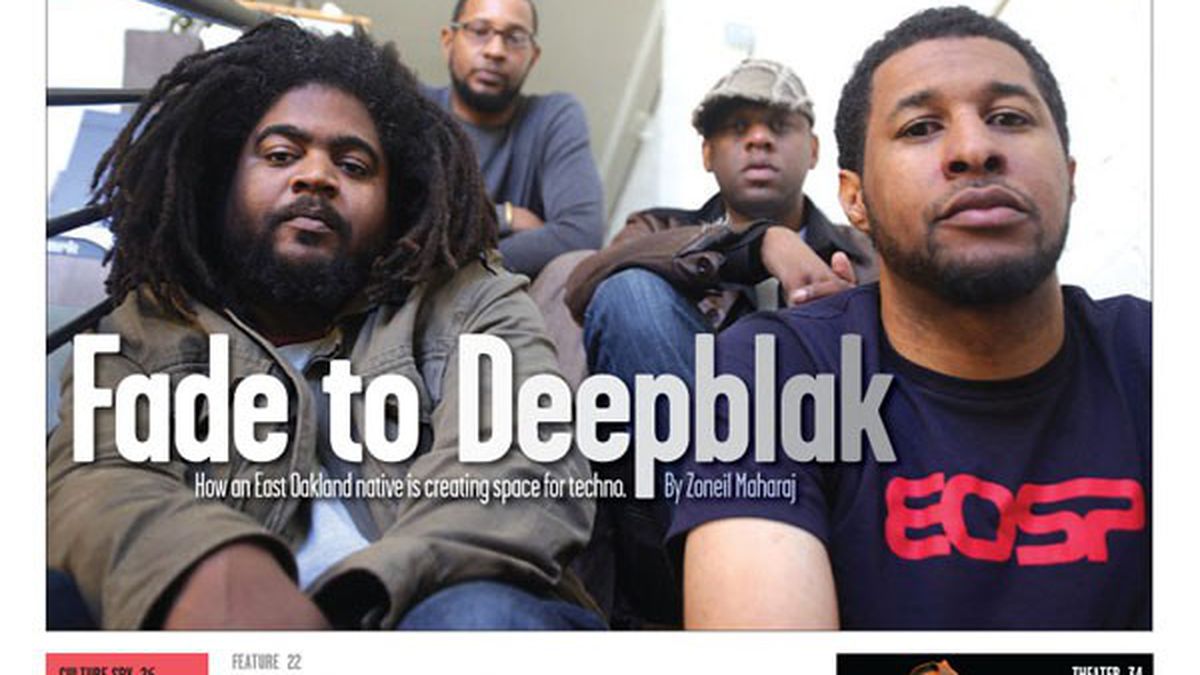 Readers sound off on John Holdren.

Should I Hide in a Cave?

There are admittedly an awful lot of things for all of us to feel bad about these days.

I have to say, however, that the first paragraph of Chris Thompson’s feature on John Holdren really made my heart sink. Not because any of what he said is invalid or untrue, but because it truly should not matter. Yes, the Internet allows our words and deeds to follow us ad nauseum, but really, why do we care?

I remember vividly during the Rodney King riots listening as Rush Limbaugh sat in his comfortable radio booth and quite literally egged on an entire country. It was not enough that the whole nation was on edge and literally starting to burn … no. Limbaugh was arguably trying to start a race war to stoke his ratings, further his disgusting racial agenda (and apparently pay for his oxycodone and Viagra.)

I know I’m not the only person who remembers these events, yet have any of Limbaugh’s actions ever tarnished his reputation as America’s Great White Hope? Does he not have an army of fans who follow his every word and would gladly jump out of windows if his royal fatness decreed it?

So why is it that on the left, every single one of us acts like it’s the end of the world if something we said or did twenty years ago contradicts or no longer reflects our current beliefs or political positions?

Honestly, I’m pretty sure that as a kid I shit my pants more than once at an Oakland A’s game.  And Lord knows I’ve thrown up in every bar inside San Francisco city limits.  What am I supposed to do, hide in a cave and pray to God that no one finds out I’m a secret pants-shitter?  When we do we finally say “fuck it” and acknowledge the fact that “that was then, this is now?”

I could go on and on, but I’m sure you get what I’m trying to say. I wholeheartedly and sincerely encourage John Holdren to not shun any opportunities to defend his past opinions as valid, and if confronted by that irritating Fox News’ stalker in front of his house, bring up the fact that Bill O’Reilly is on record in the court system as a serial phone pervert.

Don’t back down to these assholes, Dr. Holdren. Fight fire with fire and be proud of your life and achievements. Hell, I just fessed up to crapping my pants and quite frankly, I feel great.

Don’t Leave It Up to Murdoch

Chris Thompson writes that “(W)hen the right-wing attack dogs went after (Van) Jones as a communist, the ammunition they used came from right here, the pages of the East Bay Express.” He goes on to explain that the “snippet” used was culled from Jones’ youthful views and most likely didn’t resonate much anymore as indicative at all of the more mature man Van had obviously become since co-founding the Ella Baker Center, publication of his book, hiring by the Obama administration, etc.

I guess I’m perplexed that the snippet (which wasn’t repeated by Chris for his readers) was, as I recall, something to do with Jones’s thinking at the time of 9/11 that there could have been some sort of Bush-based conspiracy, for why else would there have been such a belated response from our ace Strategic Air Command fleet of standby fighter jets? Like the rest of us, Jones couldn’t quite sort it all out back then and therefore got tarred as some sort of traitor by the hate-radio terriers and their dingo cousins who masquerade as columnists — some even here in the Bay Area. But no one ever really got down to the real deal: identifying the actual, US-bred conspirators.

Jones can speculate all he wants (or at least wanted to to the time) as might be expected of practically anyone who came of age in the years following the Kennedy assassination, but real culpability exists with those high-salaried uber-patriots on K Street who sold Congress on the idea that impenetrable cockpits were an unnecessary expense that the airlines shouldn’t have to lay out money for and diminish profits. But Congress and everyone else was fully aware that El Al had already taken that very step to prevent the terrorists and other assorted whack-jobs from commandeering its planes and holding them hostage or creating some sort of macabre political theatre. So the doors and walls separating the El Al cockpits from the Al Qaeda types were reinforced and made bulletproof, a strategy that almost certainly could have prevented 9/11 altogether, had it not been for (wanna bet?) the same amount of money for a cure that was instead paid out to the legions of lawyers and lobbyists to ensure that there would be no cure.

When Debra J. Saunders and her icky ilk over at the Chron finally cop to that sickening saga — as opposed to picking on Van because they’re really more afraid of coming to grips with global warming and what people like Van represent in advocating for the new green economy — maybe that once-estimable rag can begin to reclaim some validity as the Voice of the West once again. Until then, perhaps the Express can be even more thoroughgoing in its reportage of individuals like Van Jones and not wait for the Murdochs of this world to make up their minds — left brained or right — as to who’s a patriot and who’s not.

While Chris Thompson appears to be an informed and capable writer, he chose the wrong argument for his topic in the messy article “Politics Is the Enemy of Science.” At the beginning, it appeared as if Thompson was set on proving that John Holdren and Paul Ehrlich didn’t actually believe that forced sterilization and family planning was the solution to overpopulation, that people changed and that the entire controversy regarding the Ecoscience textbook had been contrived by right-wing talk radio.

The contradictions of the article are most evident when Thompson notes (speaking of social engineering schemes to reduce overpopulation) “Holdren’s office pointed out he and Elrich clearly rejected such schemes in the same textbook, citing ‘obvious moral objections” and then follows that up by saying of Elrich, “While he doesn’t advocate putting sterilization drugs in drinking water, he doesn’t exactly reject that strategy, either. ‘If it were possible, safely, biologically to give everybody something … before they had a child, that would in my view be the most ethically positive thing we can do,’ he said in a recent interview. ‘So, of course, I don’t reject it with moral horror.'”

The contradictions here are so evident and so near to each other that it is really quite astonishing that it made it past the editor. It appears that Thompson really felt the need to defend Obama’s nominees against criticism by right-wing commentators, but by the end of the article he actually ends up maintaining the validity of the criticism against Ehrlich and Holdren.

In November 25 Holiday Guide, we listed the event Pomegranates & Figs: A Feast of Jewish Music at the wrong venue. It was at the Freight & Salvage.