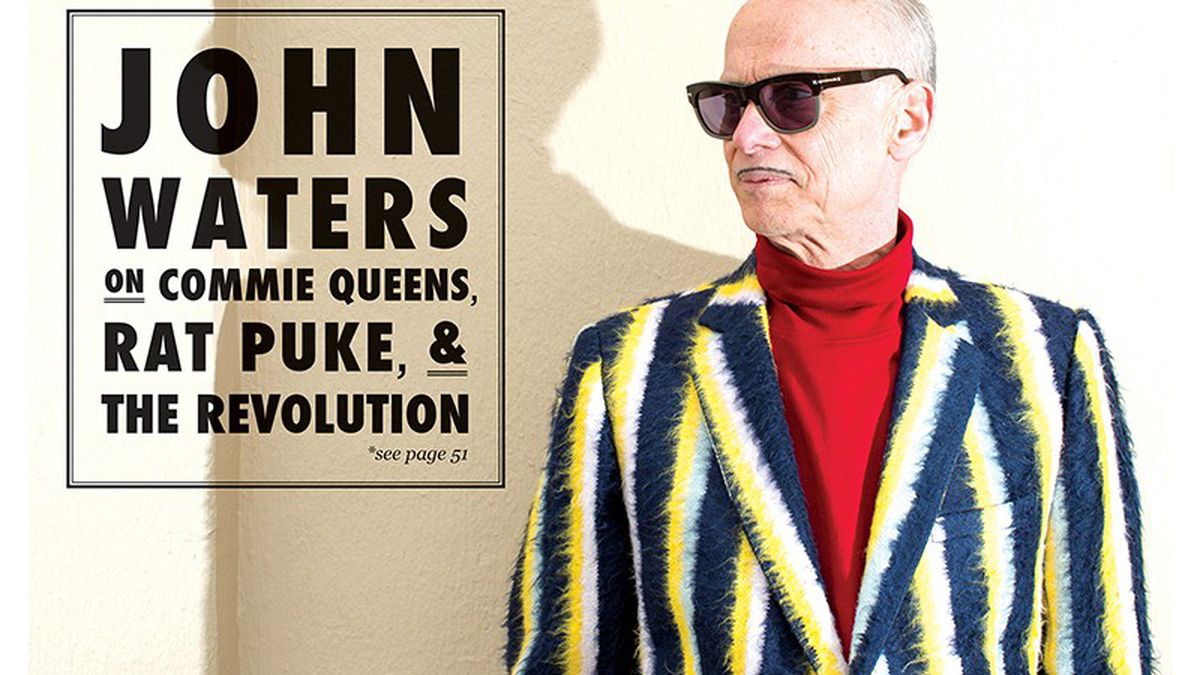 Readers sound off on the delta smelt, rent control, and Oakland politics.

You’re Wrong About the Smelt

It is untrue to say that the smelt are not to blame for some of the water shortage. This last winter, when there was abundant fresh water flowing through the delta, the pumps were run at greatly diminished levels solely to protect the smelt. Millions of acre-feet that could now be in storage south of the delta were instead wasted out to sea. This certainly was not enough water to solve all the farmers’ problems, but it would have been a great help.

The pumping reductions late in 2014 were on a voluntary basis. They were not due to enforced regulations.

Excellent article. Still, there is another angle that Bland did not address. Most of the total almond commodity crop gets sold as livestock feed. Almond hulls are sold to feed milk cows, and the mass of almond hulls that are sold typically exceeds that of almond meats by a two-to-one ratio. Add in almond shells, which are typically sold as bedding for dairy and beef cows, and most of the water used to grow almonds actually produces livestock feed crops or other crops that serve the livestock industry.

Livestock, of course, emit copious quantities of methane, which then contribute to the baking of our planet, as well as contributing to, and severely aggravating, the drought conditions that afflict California.

If you want to learn more about all this (as well as the other livestock feed crops that play their part), go to the Sequoia ForestKeeper website and download some documents that were submitted to the State Water Resources Control Board on June 19. You can also find the documents at the SWRCB website.

Who Reads the Mainstream Press?

The Wall Street Journal is a simplistic paper with a far, far right viewpoint of haughtiness that defies description. Why anyone reads the rag or other mainstream media I’ll never know. If circulation figures are correct, most of the mainstream media will be out of business within ten years, saving enormous amounts of trees from being turned into paper pulp. Surely a blessing for the environment and the eyes, which no longer have to hurt from reading trash.

You Get What You Vote For

Good old, progressive, in-touch-with-the-people Nancy O’Malley. You folks voted for her. Now learn to live with her.

Nancy O’Malley: positive proof that, if you change your registration from Republican to something else, you can be elected in Alameda County, govern like a Republican, and get away with it.

Mass collection of cellphone information and data without warrants is an outright assault on individual privacy rights. Even fisherman don’t use gill nets any longer because they kill everything dragged up in each haul. It is not considered to be sustainable fishing practices.

This simplistic approach to getting the bad guys will have a similar short life. Law enforcement should wait and force the techies to further refine the software before rushing out and violating everybody’s privacy rights.

What About Bad Tenants?

Like the last article on this topic, this article was biased and prejudicial. We need for the Express to have real and honest, unbiased reporting. In that way, the Express will move upward from just another political rag. After a while, the only readers of the Express will be those who agree with the author and who love to hear the same old, same old prejudice: Bad Landlord, Good Tenant, over and over again. In reality and in truth, many times the tenant is being untruthful and the tenant is breaking the terms of the lease. Unfortunately, this article does not present the landlord’s side of the case.

As the article and comments by tenants state, Oakland’s housing situation is really, really bad. In all likelihood, the situation with tenants will only get worse as carpetbagger landlords continue resorting to deplorable tactics that take advantage of Oakland’s terrible rent laws (actually written many years ago by landlords):

1. Oakland has the worst rent ordinance and rent program in the state (if not the nation).

2. Under Oakland’s rent program, tenants have no automatic rights, and no absolute rights. In Oakland, landlords can raise rents as high as they desire — although the current automatic CPI is 1.7 percent. Tenants are forced to legally file protests with the Rent Program to get a hearing. If tenants fail to file within short deadlines, the landlord automatically wins, whatever the amount of increase.

3. Tenants have no way to know of Oakland’s hideously weak rent law — unless the landlord informs the tenant. Therefore, 99.5 percent of tenants have never heard of the rent law, and have never filed objections with the rent program. How are tenants to know!

4. Tenants (and, unfortunately, also the Express article) erroneously believe that Oakland has “rent control.” Nothing could be farther from the truth. Under rent control, landlords are restricted by law in what they can do. Under Oakland’s “Rent Arbitration,” anything a landlord does is legal and cannot be objected to — unless tenants file a petition in time.

5. Oakland’s City Council is very conservative and is ruled by landlords and real estate and landlords’ groups. It is almost impossible to get a council vote beneficial to tenants if landlord groups object. (A $1,500 campaign contribution is very powerful in Oakland.)

6. Last year, Causa Justa/Just Cause successfully organized and achieved council approval of a “Tenant Protection Ordinance” (TPO). However, due to landlords’ objections, the council stripped the enforcement provisions from the ordinance. The TPO intended to give tenants protection from harassment, intimidation, retribution actions against tenants by landlords. Investigations and penalties could be activated by making a complaint with the City Attorney’s Office. Without the enforcement provision, the TPO is useless for typical tenants unless they can afford to initiate a costly lawsuit (or in the case of 1918 Lakeshore, the tenants luckily had pro-bono (free) services of a friendly attorney).

7. Hopefully, enforcement of the TPO may be looking up. The just-passed FY 2015–2017 city budget includes funding to enhance the City Attorney’s Office staff for the TPO program. Perhaps, regulations will soon be issued to activate this much-needed tenant protection.

8. Oakland really needs real rent control. Based on political realities and past difficulties, the only way for rent control to happen will be when tenants are concerned enough to take to the streets, collect enough signatures, and force a vote. With renters constituting 61 percent of Oakland residents, winning the election should be a slam-dunk. The problem is the will to get a measure qualified by collecting the required signatures.

No Direction or
Cohesion

While I have never agreed with the Express’ wholesale attack on Oakland City Council President Lynette Gibson McElhaney, I am concerned about the lack of leadership at City Hall. We have a neophyte mayor, who wasn’t a councilmember for long before getting this job, a inexperienced council president, and new councilmembers who are not sure which way to turn.

Adding to that, the city administration has been experiencing turnover. Put it together, you get this: There is little institutional memory and those members who have been around, have little experience in the way of coalition-building or lack the desire to do so.

Every which way you turn, there is confusion and lack of direction and cohesion. The only thing they have seemed to be able to effect was to order crackdowns on public participation, either at City Hall or outside the normal channels (where many flock due to the former.) Even after the court order, the City Hall private security tried to discourage the public from entering by shuffling them into “overflow” rooms.

In spite of this, there was no drama at the meeting, showing that Oaklanders care about the issues no matter how much they are pressed to not demonstrate their commitment.

Neither the 49ers nor the Warriors understand the world of the nerd. How could they? Nerds still are fodder for athletic bullying; the kids who cower in gym class, enduring the disdain and jeers of their athletic superiors.

How can the team owners expect that the nerd world will embrace their jocks? The owners live in cocoons of their own making. Long may they suffer.

Amoeba Music to Appear in Next Guitar Hero