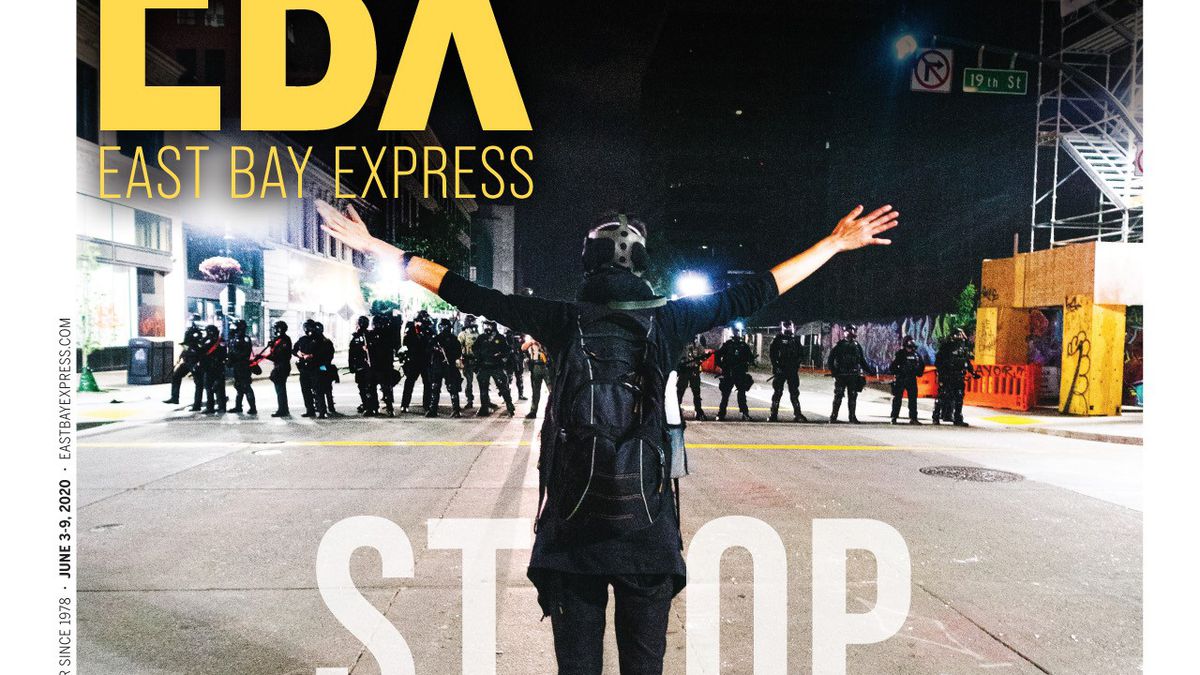 This report (“Dark Night of the Stole,” June 3, 2020) ignores the “tradition” of such outcomes that has become a part of Downtown Oakland history since at least the Oscar Grant murder. That’s 20 years! In my view, these trashings have been allowed by those who should have learned from past horrors how to prevent them—the OPD. To label hooligans and looters as protesters is both unfair to the latter and probably inaccurate, as they show up for no good reason, certainly not to “protest.”

Conservatives and Trump supporters are encouraged today! The war on the police which has been waged in Berkeley and Oakland since the 1960s has become apparent. The end result is chaos, mayhem, looting, rioting and murder. One Minneapolis policeman is a bad cop, and the left labels all policemen as bad cops. Meanwhile, hundreds of “protesters” are hooligans, looters and thieves, and yet, no one labels all the protesters as rioters.

What a tragedy in Berkeley. Small businesses, many owned by people of color, were trashed and robbed. The police were helpless and restricted in their law enforcement. We could discuss this endlessly. But, let me give you the bottom line end result: These riots have re-elected Donald Trump by a large margin. Period and Final. The prominent style of protest by the American left, and its style of policing, leads to nothing more than mayhem and anarchy. The American people reject today, and will continue to reject tomorrow, such mayhem and anarchy. As a result, the election of Donald Trump and others just like him in the future.