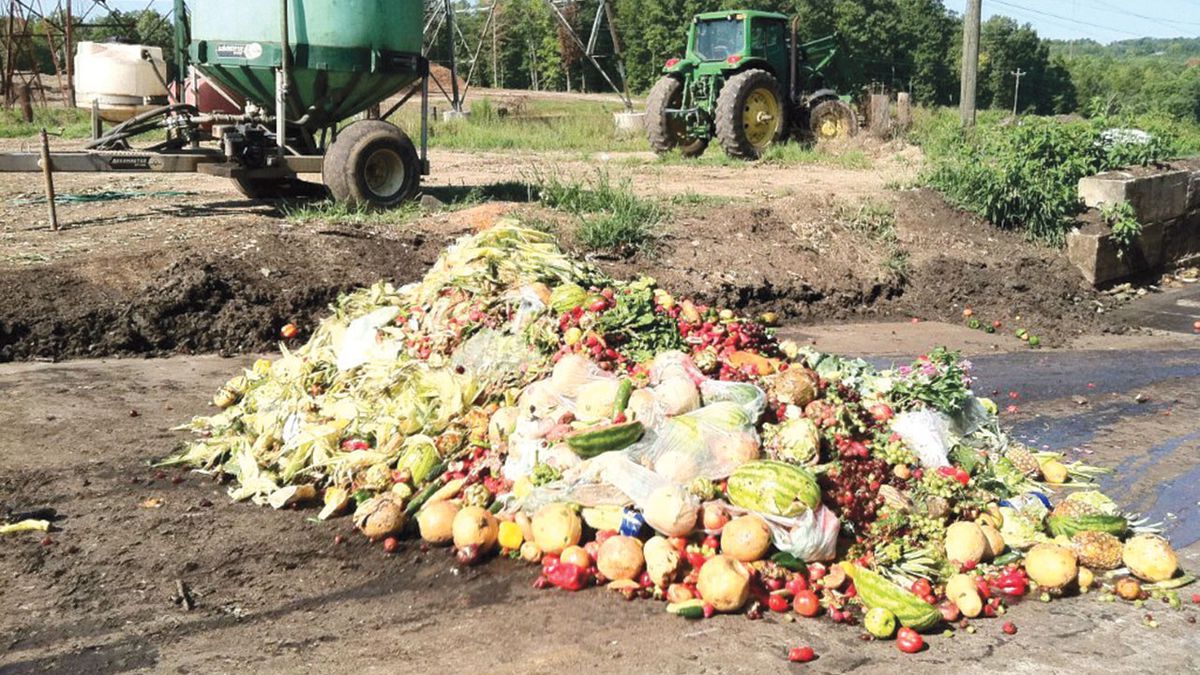 Water’s Not the Issue

As the coronavirus creeps through the human population, causing social and economic turmoil, farmers discard vast quantities of food that they are abruptly unable to sell in the upended economy. The waste has been widely reported as one heartbreaking impact of the Covid-19 crisis. Part of the problem seems to be that, with restaurants closed, vegetable farmers, as well as producers of milk, eggs and meat, wound up with no one to buy their goods.

But while tens of millions of pounds of food has been destroyed or buried in the ground, a band of California’s farmers is claiming they can’t produce enough food to feed Americans, and they’re using the pandemic as leverage to grab more of the West’s scarce water.

“It’s an incredibly self-serving position,” said Jon Rosenfield, a senior scientist at San Francisco Baykeeper. He called the farmers’ claim that more water now would ease the strain of the health crisis on Americans “a cynical play on a pandemic to enrich themselves.”

In separate letters written to President Trump and Gov. Gavin Newsom, dozens of agricultural groups urged the leaders to consider ways to maximize water deliveries to farmers—necessary, they argued, to protect the nation’s food security. This is especially critical, they said, in the midst of the ongoing health crisis.

“The Covid-19 pandemic underscores the importance of safety and stability provided by domestic food production,” the growers wrote in their April 20 letter to the president. “As this crisis has pointed out, a stable water supply is a necessary part of any conversation about our national food security.”

They asked the president to provide Covid-19 emergency funding for water storage infrastructure projects and to fast-track permitting processes for new projects. Ten days later, a coalition of California farmers asked for waivers on environmental restrictions on water diversions from rivers, implemented to protect fish and water quality, to help ensure a stable food supply during the pandemic.

“We urge you to direct state agencies to find creative and balanced means to maximize water supplies for farmers,” they wrote. “Where possible, rules that limit farm water supplies should be suspended, modified, or postponed during this critical time.”

The letter to Newsom—signed by numerous county farm bureaus, the state’s pistachio commission, egg producers, dairy farmers and more—specifically endorsed the raising of Shasta Dam, a controversial project that would create more water storage space but also have significant environmental and cultural impacts. It would flood the wild and scenic-designated McCloud River and inundate sacred land of the Winnemem Wintu tribe.

Additionally, the letter said, “Now is the time to take a second step in our response to Covid-19 by protecting the ability of the state’s farmers to keep grocery store shelves stocked with safe, healthy food grown in California.”

The letter to Trump endorsed the Water Infrastructure Improvements for the Nation Act of 2016, which has allotted millions of dollars to the Shasta Dam project.

For Barbara Barrigan-Parrilla, executive director of the group Restore the Delta, the letters come off as grabs at water from the heavily strained Sacramento–San Joaquin Delta, which her group has fought for years to protect. Heavy water diversions from the Delta have driven native fish species toward extinction—notably Delta smelt and several runs of Chinook salmon.

“The way farmers are behaving now is disaster capitalism,” Barrigan-Parrilla said. “They’re taking advantage of a time when everything is in chaos and people are suffering to try and grab what they can.”

Dan Keppen, the executive director of the Family Farm Alliance—listed as a point of contact on each of the letters—did not reply to an interview request by press time.

It’s unlikely that diverting more water to farmers will actually improve the country’s plight during this, or the next, pandemic. While consumers have reportedly found empty grocery store shelves in some places, it is not because farmers were unable to produce that food. Media have widely covered the stories of farmers dumping milk, plowing under vegetables and killing livestock that will never reach consumers because supply chains fell apart.

“Farmers have had to waste crops, but that’s a very different thing than farmers not having water to grow crops,” Rosenfield said.

In California, some sectors of the state’s $50 billion agriculture industry are growing rapidly—notably the state’s almond, pistachio and walnut industries. These nut industries, expanding at roughly 200,000 acres per year—mostly in the San Joaquin Valley—and encroaching on land once devoted to vegetables and cotton, are a major component of the fervid push for more water. But these valuable nuts are not exactly a pillar of the local food supply. About 70 percent of the crops are exported from the country.

“These farmers don’t even have regard for the human right to water in their own backyard,” said a skeptical Barrigan-Parrilla, “and they’re talking about food security.”