.Letter of The Week: Our Readers Chime In On Driving While High 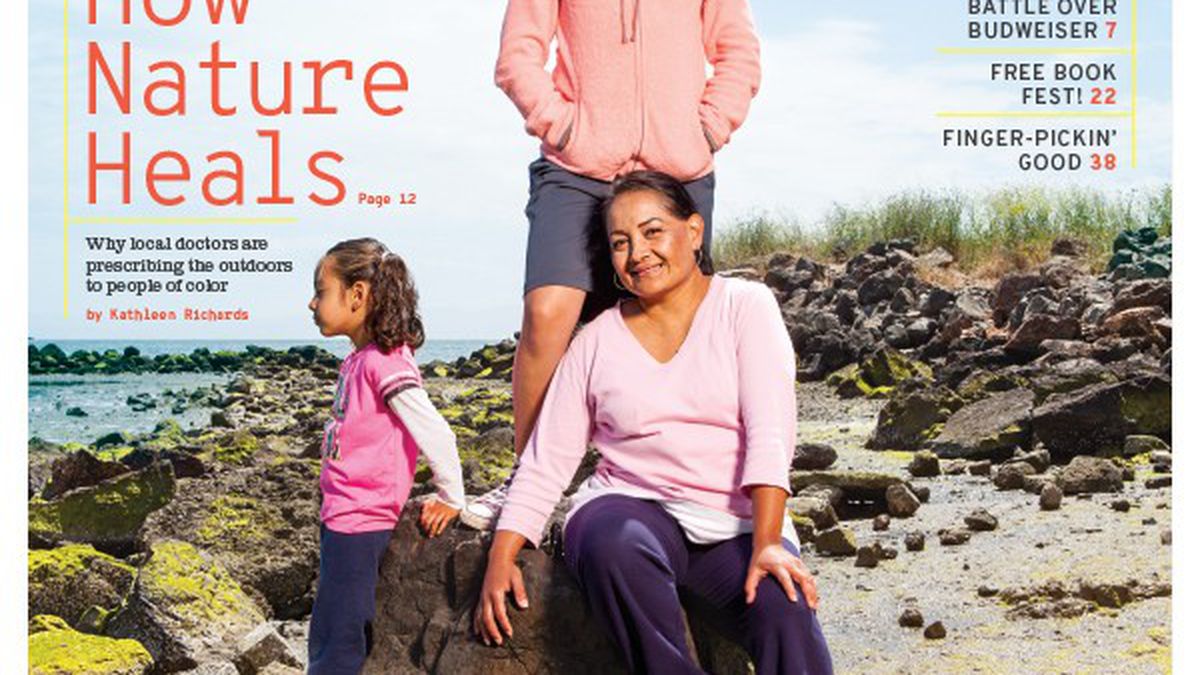 Share
Facebook
Twitter
Linkedin
“Golden Road Brewing’s Meg Gill Visits Oakland To Defend Controversial Plan To Open Beer Garden” by Nick Miller, News, May 17:
Gentrifiers Fighting Gentrification?
While the Temescal Friends rallies to kill the business of Meg Gill, I find it hilarious that competing local business are cast in a positive light. There are restaurants and eateries nearby that are ridiculously expensive and the very symbol of the gentrification that Temescal Friends seem so archly pitted against. Give me a break. These hipster restaurants gouge away just like AB InBev. The difference is that they do it locally instead of globally.

North Oakland Doesn’t Need Another Brewery
They are still set on using disgusting, dirty, dingy shipping containers for this project. No way, let them spend some money on a nice-looking building. They have it, lots of it! Get an architect. And, they must provide parking in this area; no waivers for parking. Their need to stay open til 2 a.m. will not work for the neighbors whose homes back up to the brewery. We are saturated with alcohol establishments in this area and do not need another, especially one connected to Anheuser-Busch InBev. We will continue to flyer and let people know about this wolf-in-granny’s-disguise enterprise in the Temescal.

“The Future of Driving, Marijuana, And Being Stoned Behind The Wheel Subhead” by Susan Cohen, The Buzz, May 19:
This Is Serious
What studies have been done using car simulators? Reaction times are surely quantifiable under these conditions, so given enough subjects in straight and stoned states, we can build up a reasonable objective database. It’s a serious subject that requires serious study.

It Is Not Safe To Drive High
It is not safe to drive after marijuana use. … The data is indicating that one of the more tragic outcomes of legalization is more drivers using marijuana and driving under the influence. The state of Washington recognized this, and worked with private agencies to survey the crash and fatality rates. What is clear is that the fatality rate specific to cannabis has increased.
Tests of function are desperately needed, so as to obtain convictions and remove these dangerous drivers from the road.

Let’s Not Assume, Let Factual Research Prove It
Why does most everyone jump to the automatic, knee-jerk, and false assumption that cannabis impairs drivers much the same as alcohol? Why let uninformed opinions be the basis of new laws? It took me very little time to do a search, and find actual scientific studies that indicate just how incorrect such an assumption is.
Researchers in Norway say past studies about THC-positive drivers involved in motor-vehicle accidents have failed to adequately control for other variables. In other words, authors have been quick to jump on cannabis as the cause — even when it may not have been. The researchers, who are set to publish their findings in the journal Addiction, reviewed more than 20 driving culpability studies and two meta-analyses published between 1982 and 2015. They adjusted the numbers and found acute cannabis intoxication increased crash risk only moderately — by about 20 to 40 percent, or an odds ratio of between 1.2 and 1.4.
By comparison, the U.S. National Highway Traffic Safety Administration reported that driving with legal amounts of alcohol in one’s system increases crash risk almost four-fold (an odds ratio of 3.93).
Fun fact: Even the NHTSA, a federal agency, acknowledges it’s difficult to establish a relationship between a person’s THC blood or plasma concentration and performance impairing effects.

Not Enough Evidence
No one should drive a car while intoxicated on anything, ever. That being said, people in the United States have been driving under the influence of alcohol, prescription drugs, and cannabis in ever-increasing numbers since the mass-produced automobile was invented. Alcohol and prescription-drug intoxication are commonplace as the direct cause in a very large percentage of all fatal auto accidents. More than 21,000 traffic fatalities a year are directly attributable to alcohol and pharmaceutical-drug intoxication. Both alcohol and prescription drugs are well known statistical serial killers both in driving and in life in general.
Marijuana prohibitionists are doing and saying everything and anything possible to make cannabis look bad. They nit-pick every possible aspect of cannabis consumption in an effort to stop legalization. Even so, there is no real statistically significant data in the crime logs year-to-year about cannabis and auto accidents, by comparison to serial killers, prescription drugs, and alcohol. All automobile accidents with fatalities require full spectrum blood toxicology for all the involved drivers. If cannabis use did cause large numbers of driving incidents, we would see it in the news and the statistical data — and we do not. To the best of my knowledge (I have checked thoroughly), not a single police agency in the United States even keeps statistics for fatal accidents caused solely by cannabis intoxication. Every police agency in the nation shows ever-increasing numbers where alcohol and pharmaceuticals are cited for traffic deaths.
I am completely against anyone driving intoxicated on anything, and support severe penalties for intoxicated drivers. But the silly, “OMG cannabis users are going to start driving and cause a rash of accidents” argument is just more reefer madness nonsense and has absolutely no basis in actual crime statistics! Legalize, regulate, and tax!

Marijuana Use Doesn’t Increase The Risk
The “Drug and Alcohol Crash Risk” report, produced by the Department of Transportation National Highway Traffic Safety Administration, found that, while drunken driving dramatically increased the risk of getting into an accident, there was no evidence that using marijuana heightened that risk.

Next Article‘Turn It Around’ Looks Back at East Bay Punk