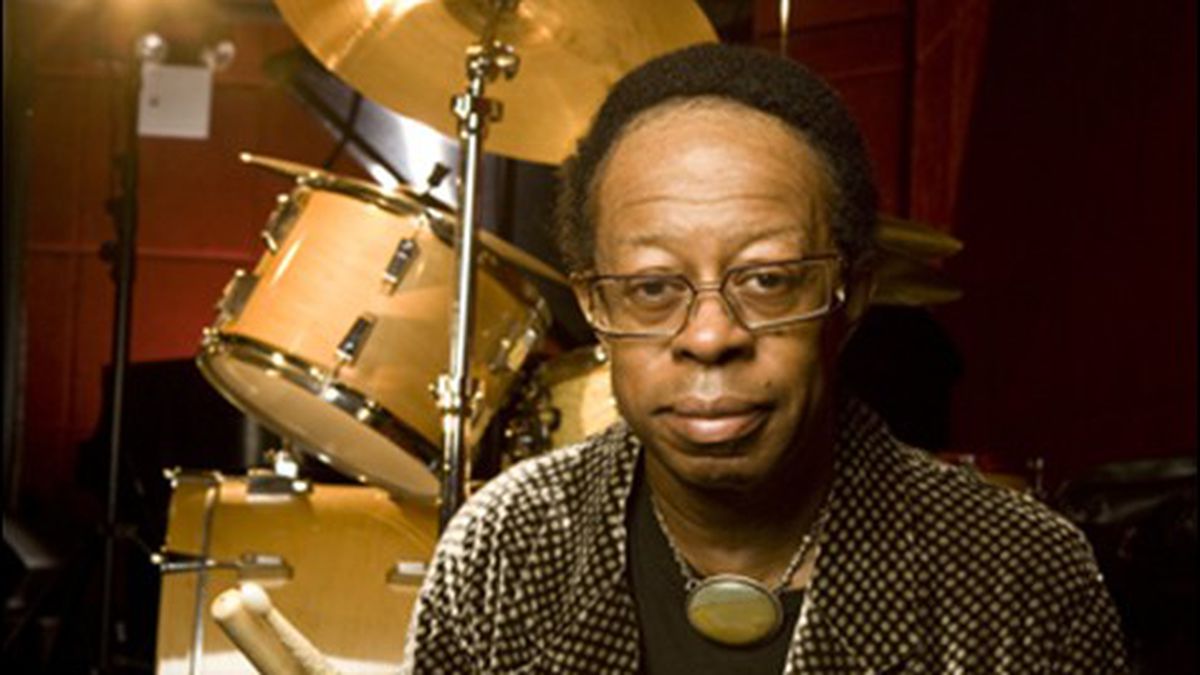 The mid-1950s Detroit jazz scene was no place for slackers. With a talent pool as deep as any city outside of New York, Motown raised up and shipped out a steady stream of world-class improvisers who went on to remake Gotham in their own relentlessly swinging image. But even by Detroit’s elevated standards, the rapid rise of drummer Louis Hayes seems improbable indeed.

A rhythmic prodigy, Hayes was still in his mid-teens when he started landing high-profile gigs with veteran players like trombonist Curtis Fuller and saxophonist/flutist Yusef Lateef, who had already toured and recorded with Dizzy Gillespie. In a career stretching across seven decades, he’s more than lived up to his early promise. Playing on dozens of classic albums with jazz’s most consequential artists, Hayes defined the hard-bop soul jazz sounds with supple cymbal beats and muscular grooves that influenced rock ‘n’ roll, R&B, and, later, movements like acid-jazz.

With the passing last month of Oakland’s Donald “Duck” Bailey, the ranks of seminal drummers who came up in the 1950s (or ’40s, in the case of Haynes) have grown depressingly thin. While Haynes, Cobb, and Heath have all performed numerous times on Bay Area stages in recent years, Hayes will make a rare appearance leading his own project at Yoshi’s on Tuesday and Wednesday, December 3 and 4, with the Cannonball Legacy Band, a quintet dedicated to the music that the drummer played during his fertile tenure with alto sax legend Cannonball Adderley from 1959 to 1965.

One of the most popular groups of the era, the Cannonball Adderley Quintet featured Hayes; the altoist’s older brother, cornetist Nat Adderley; bassist Sam Jones; and a succession of brilliant pianists, including Bobby Timmons, Barry Harris, Victor Feldman, and Joe Zawinul (Hayes’ Detroit buddy Yusef Lateef expanded the band to a sextet from 1962 to 1964). Along with Nat Adderley, who penned enduring standards like “Work Song,” “Jive Samba,” and “This Old Country,” the pianists supplied the ensemble with a series of hits starting with Bobby Timmons’ “This Here” (also written “Dis Here”) and “Dat Dere.” Part of what set the band apart is that it was the first modern jazz combo to define itself via live recordings, albums that captured torrential energy generated by the quintet in nightclubs.

Adderley was fresh off his heralded stint with Miles Davis and Hayes was all of 22 in the fall of 1959 when the altoist’s recently assembled quintet settled into the Jazz Workshop for a four-week run. The record that resulted from the visit to North Beach, The Cannonball Adderley Quintet in San Francisco (which was released by Riverside Records), immediately established the band as a commercial and creative force. As the album’s visionary producer, Riverside honcho Orrin Keepnews summed up in an interview at his El Cerrito house a few years ago, “that album did four things: It put Riverside on the map. It led to countless live jazz albums. It made Cannonball’s quintet one of the nation’s top jazz groups. And if it didn’t singlehandedly establish the soul jazz sound, it made it a dominant concept for several years.”

“That was a magnificent period,” said Hayes, 76. “At the time you’re not thinking you’re doing something that’s going to be classic. The band played our first job in Philly, at a club called Peps. When we came out there Cannon felt the band was ready to record. It was just a magnificent feeling we had together. We really enjoyed each other on stage and off, and that album launched the group.”

Hayes launched the Legacy Band in 2001 in response to constant requests that he revisit the Adderley book. As the only surviving member of the original group, he recruited a stellar crop of players who came of age decades after Adderley’s death in 1975. The powerhouse front line features saxophonist Vincent Herring and trumpeter Jeremy Pelt, both prolific bandleaders in their own right. (Veteran pianist Rick Germanson and rising young bassist Dezron Douglas round out the quintet.)

One of the most powerfully swinging saxophonists on the New York scene, Herring is a player consistently hired by the masters who created the hard bop sound. He last performed in the Bay Area in 2012 with drummer Jimmy Cobb’s So What Band, a group highlighting Cobb’s status as the sole surviving player on Miles Davis’ epochal 1959 album Kind of Blue. In much the same way that Cobb recruited him to bring his own voice into a spot originally filled by Adderley, Hayes didn’t have to look far when creating the Legacy Band.

“He was the obvious choice,” Hayes said. “Vincent spent nine years in Nat Adderley’s band. Jeremy is a tremendous player, too, and we all get along like family. I feel honored to have all of those people with me.”

Even before Hayes joined Adderley’s band he had already made an indelible mark. He was nineteen when pianist/composer Horace Silver sent to Detroit for him to come to New York City and join his newly formed quintet, a group that forged a hugely popular and sophisticated sound with a blend of bebop, blues, and gospel. Starting with 1957’s 6 Pieces of Silver, which included the jukebox hit “Señor Blues” featuring vocalist Bill Henderson, Hayes was the only musician to appear on all of Silver’s classic 1950s Blue Note albums. If Detroit provided a Ph.D-level jazz education, Silver’s band served as a post-doc assignment, surrounding him with heavyweights like trumpeters Donald Byrd, Art Farmer, and Blue Mitchell, and saxophonists Hank Mobley, Clifford Jordan, and Junior Cook.

“Appearing with Horace Silver gave me an opportunity to grow,” Hayes said. “From ‘Señor Blues’ through Blowin’ the Blues Away, I can tell the difference in my playing. I also recorded with a lot of famous people of that era: John Coltrane, Jackie McLean, and J.J. Johnson, the list goes on and on. The major thing is to have opportunities to play with other great artists, and that helps you get to that level.”

After leaving Adderley, Hayes took on one of the most demanding gigs in jazz when he and Cannonball bassist Sam Jones jumped ship to join pianist Oscar Peterson’s trio. By the end of that stint in 1967, Hayes was ready to lead his own bands, and as he’s attained the status of a revered elder he’s always attracted the music’s finest players (who sometimes served as co-leaders, like Junior Cook and trumpeter Woody Shaw).

His group’s first incarnation, the Jazz Communicators, lasted less than a year and never recorded despite boasting a hall of fame lineup with trumpeter Freddie Hubbard and tenor saxophonist Joe Henderson. A few years ago, figuring that they’re no longer around to make use of the moniker, Hayes revived it, and last week at the Upper West Side club Smoke he recorded the band’s debut album.