Residents of the SRO fear the new owner wants to squeeze them out and replace them with techies and hipster tourists. 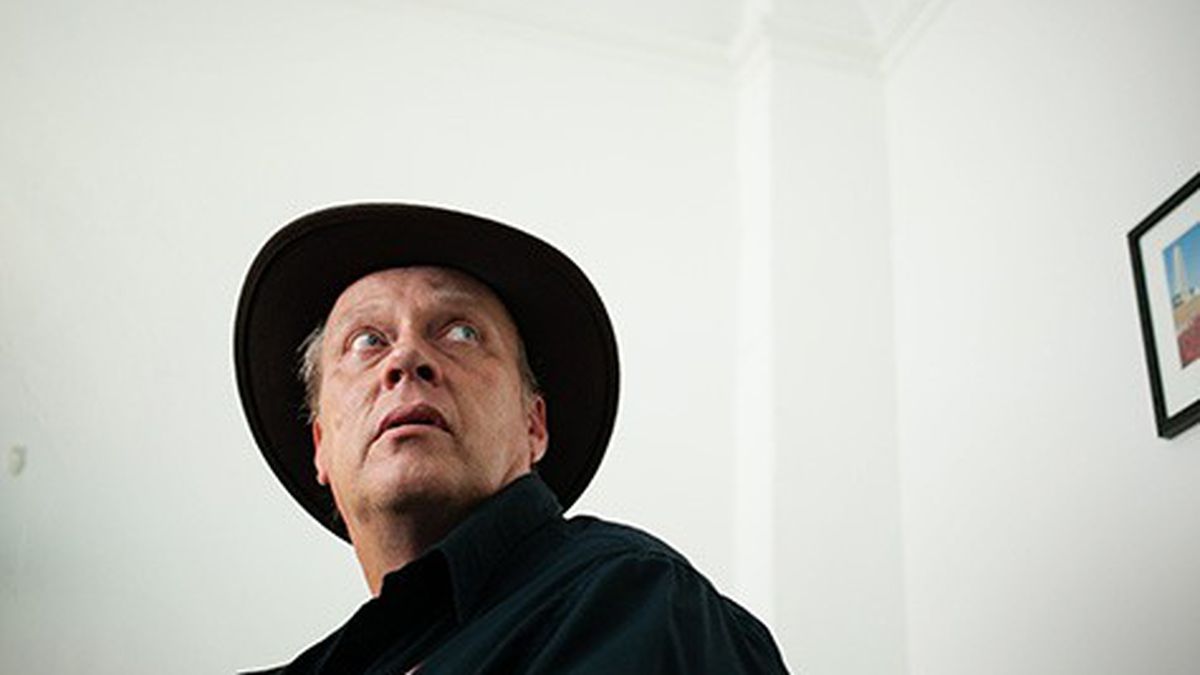 Orlando Chavez lives on the second floor of the Hotel Travelers, one of Oakland’s few remaining single-room-occupancy hotels. In January, the Travelers was sold by its long-time owner, Norman Chu. And ever since, Chavez — who has lived in Oakland since 1963 — has been worrying whether he’ll be displaced.

“This place has been a haven,” said Chavez, who lives in a small, clean room with its own bathroom and a window that looks down onto Franklin Street. “The original owners were very protective of the residents.”

Tenants say the new owner has withdrawn services and allowed the broken elevator to sit useless for weeks. Most say they are being offered buyouts of $5,000, but that it’s not enough to resettle in Oakland. Many fear their new landlord is trying to push them out and turn the Travelers into an upscale bunkhouse for techies and tourists.

As the Express reported last week, the City of Oakland has no policies in place to protect its existing stock of SRO housing, and pressures from real-estate speculators are intensifying. In 2004, there were 31 SRO hotels with 2,285 rooms. Since then, some buildings have been demolished and others converted to apartments, leaving only 1,311 units.

According to Chavez, who works at the Oasis Clinic and the Berkeley Free Clinic as an educator, the Travelers’ 27 long-term residents are mostly seniors. Many are disabled or deal with chronic health problems, seven are military veterans, and most live on fixed incomes. The Travelers is about the only place they can afford to live.

Since the 1980s, the Hotel Travelers has slowly fallen apart. Previous owners rarely invested in repairs, letting old fixtures such as the elevator limp along with the occasional squirt of oil and a kick. Every few years, the building has been flagged by city inspectors for bed bugs, roaches, leaky roofs, and other habitability issues.

Water drips into the stairway on the second floor where a strange smell hangs in the air. An emergency exit on the first floor is impeded by big shards of broken glass that hang from the doorway. Until recently, the basement — which floods in a heavy rain — was filled with yards of abandoned clothing, broken furniture, and random debris.

Built in 1913, the Travelers feels like the seedy hotel it is. Neon lights from the Tribune Tower glow through the windows at night, giving the place an appropriate noir feel. But the current residents embraced the building’s flaws and felt safe behind its walls.

“Norm, the previous owner, he was basically a fair guy,” said Peter Howe, another Travelers tenant.

“The place was always a dump,” said Mike Waller, who lives down the hall from Howe on the fourth floor. “But it was our dump.”

Waller said this sense of security was shattered when they learned that the Travelers was bought by real-estate investor Danny Haber.

In 2014, Haber was accused of conspiring with a landlord to displace tenants of an SRO located at 1040 Folsom Street in San Francisco, after a fire rendered their rooms uninhabitable. The tenants moved out and waited for their landlord, Nasir Patel, to remodel the units and allow them to move back in at their previous rent, per that city’s housing rules. But they later discovered that Haber had remodeled their units, split them in two, and rented them out at higher prices as part of a tech worker co-op. Haber was sued twice and eventually settled with the tenants, attorneys for both sides told the Express.

“His business plan is incompatible with long-term senior and disabled tenants, who are not interested or part of the culture of a tech co-op,” said Steve Collier, an attorney with the Tenderloin Housing Clinic, which represented some of the tenants against Haber. “Seeking buyouts [is] part of his plan. He was successful in getting all the other tenants at 1040 Folsom to take buyouts at pitiful sums.”

Haber recently expanded into Oakland, where he’s renting rooms in an East Oakland condo on Foothill Boulevard in the Fairfax neighborhood, and another in Old Town Oakland. Ideal tenants, according to the ads, are “musicians, crasftsmen and independent filmmakers,” who like to “[hit] up breweries, workshops and open mics.”

Haber also recently struck a deal with Oakland landlord Seth Jacobson to take over management of the 1919 Market Street warehouse in West Oakland. Shortly after Haber became the building’s manager, that location was red-tagged by city inspectors. Dozens of tenants were ordered to move out.

City building-department records show that Haber has already applied for permits to remodel all 78 units in the Hotel Travelers and to “add common kitchens & living rooms” on five of the seven floors.

Edward Singer, Haber’s attorney, said that Hotel Travelers tenants shouldn’t be worried. Haber’s plan is to renovate the building, but to let existing residents stay if they wish.

But several residents allege Haber has already taken steps to pressure them out by removing their mailboxes, leaving the building’s front door without a lock, disconnecting the building’s WiFi, and allowing trash to pile up in the hallways.

Chavez said walking up the stairs is painful due to nerve damage in his feet. Waller purposefully avoids making multiple trips up and down the stairs because of his health problems. They said, in the case of a medical emergency, EMTs will have to climb up a narrow stairway and possibly carry a sick person down.

“The elevator has been a nightmare for years and years,” Singer said, adding that Haber plans to permanently fix it. City records show that the building’s previous owner was cited three times, once in 2011 and twice in 2012, for the inoperable elevator. But Chavez, Howe and Waller maintain that it has never gone more than a week without being fixed.

Records show that city inspectors verified the broken elevator on April 22 and issued a citation. On the same day inspectors also verified that the front door had no lock, a problem Haber later fixed.

Yet issues persist. “We all had individual mailboxes behind the front desk,” said Waller, a self-described former Dead Head who used to work as a paralegal. After suffering a stroke, Waller went on disability and moved into the Travelers. “Haber moved the mailboxes all into a utility room and now we can’t get to them.” Waller said the inaccessible mailboxes means that residents can’t get their paychecks, SSI and disability checks, and important medical records in a timely manner.

Singer acknowledged the mailboxes have been removed, but said Haber plans to install new individual mailboxes.

Travelers resident Howe was homeless for four years due to health problems before he briefly moved into the Menlo Hotel, one of Oakland’s more dangerous SROs. He switched over to the Travelers in 2009, because he was seeking a safer place to live while undergoing chemotherapy. He recovered after 18 months and got a job at the Oasis Clinic as a Hepatitis C educator. “Chinatown is its own little world,” Howe said. “I’m an outsider, but I’m also a little part of it.”

Both Howe and Chavez said the Travelers’ location makes it an important affordable-housing resource in a rapidly gentrifying area. And its proximity to public transportation — one block from BART’s 12th Street Station — makes it the perfect home for disabled people or those who can’t afford Uber. Chavez said if he has to relocate, it could make his commute to work impossibly long. He might not be able to continue.

“My doctor at the Asian Health Center is just two blocks away,” Waller said. “So, if I’m pushed out —” he trailed off, turning the statement into a worried question.

Beau Knapp, another Travelers resident, said that Haber is pressuring people to relocate to different units in the building while their rooms are renovated. But it’s unclear if people will be offered the right to return to their rooms at their previous rents.

Knapp and Waller both suspect the renovation costs will be passed on to them when they move back in, and that they won’t be able to afford the higher rent. “I don’t expect to be paying $685 to live in the Four Seasons,” Waller said. “But I’m afraid he’s going to re-offer our units with the pass through, make us pay $975 or more.”

The attorney also said Oakland’s rent-control regulations will protect Travelers residents from excessive rent increases, even with the pass-throughs that will allow Haber to raise rents in order to pay for capital improvements. “I hope this can be a model of how gentrification can occur and not impact people on the margins, and maybe even help them,” Singer said.

Knapp said even if the Travelers residents get to stay in the building, Oakland’s ongoing loss of SRO housing is a disturbing trend. “There used to be hotels all over. Now there aren’t.” Knapp said on a recent afternoon as he stood on the sidewalk of 11th Street in front of the building with Chavez and Howe. He pointed toward the Bay and swept his finger across the city toward Lake Merritt and ticked off the names of hotels where merchant marines, military veterans, parolees, sobering addicts, sex workers, migrants, and other marginalized people have sought shelter — hotels that no longer exist. The Will Rodgers. The Westerner. The Avondale. Lake Merritt Lodge. The Moor. Hotel Royal. “Where are regular old guys without families gonna live? You get rid of this housing, throw people out on the street, they just might end up on your sidewalk.”

The Travelers residents aren’t waiting around for Haber to help them with gentrification. They recently formed a tenants association to advocate for themselves. And according to Chavez, they’re also planning on filing petitions with the Oakland rent adjustment program to address the elevator, mailboxes, and other issues that they characterize as illegal withdrawals of services.

“He thinks he can come in here and put a beer garden on the roof and move in Uber employees,” Howe said. “But this is Oakland. That stuff’s not gonna fly here.”

Correction: the original version of this story incorrectly identified Danny Haber’s attorney as Edward Swanson. Haber’s attorney is Edward Singer. Also, Orlando Chavez lives on the second floor, not the third floor of the hotel.