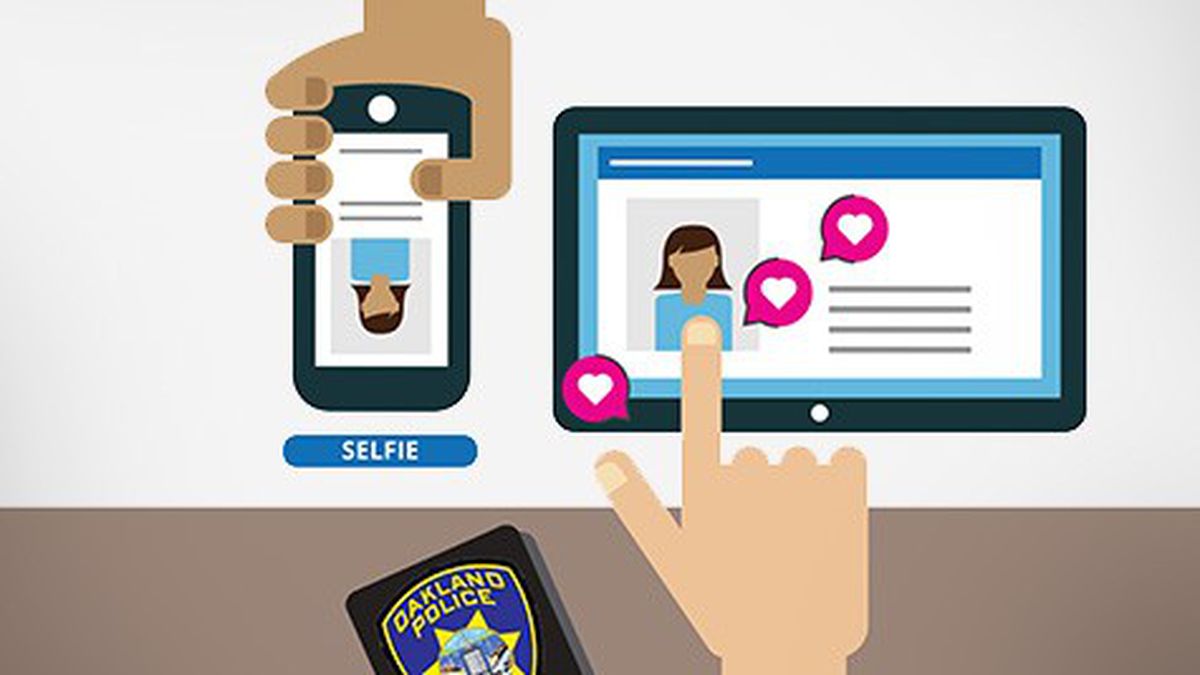 Sources in the department said multiple Oakland police officers have carefully scrubbed and even deleted their online profiles to avoid scrutiny.

The Oakland Police Department is refusing to release the names of two officers who have been placed on leave, and two more who resigned earlier­­ this month, due to a sexual-misconduct investigation involving a woman who goes by the name Celeste Guap. But the Express has identified numerous current and former Oakland cops who have interacted with Guap on Instagram and Facebook.

An analysis of thousands of social-media posts reveals that Guap, who is the daughter of an OPD dispatcher, was able to friend and follow dozens of Oakland cops. Numerous officers followed her back, and some openly flirted with her. A few officers had relationships with Guap in real life, possibly while she was still under the age of 18, according to police sources. But the trail on social media shows that the alleged misconduct may have taken place digitally as much as in real life — and that the sex scandal extends beyond OPD to other Bay Area law-enforcement agencies.

The most revealing trace that remains online is an Instagram interaction that Guap had with an Oakland cop last August or September. Guap posted a selfie taken in a bathroom mirror and marked her location as Skates on the Bay, a Berkeley waterfront restaurant. An Instagram user with the handle breed8261 commented on the selfie, writing “nice cap,” referring to the red baseball hat worn by Guap.

Guap tagged breed8261 in her reply: “wanna make sure everybody knows I’m back from vaca,” apparently referring to a vacation she had recently taken.

Then, breed8261 made two more comments, alluding to Guap’s body: “when you walked in the guys were not looking at the cap,” and “I must admit that you have amazing eyes.”

The Oakland police declined to confirm or deny whether Reed is part of the sex-misconduct investigation.

According to a source in the department, Reed recently retired. The Express was unable to contact him, but public records show that he used to work in the department’s Special Victims Unit.

The interaction between Reed and Guap took place 34 weeks ago, according to the time stamp on Instagram, placing it around the same time that Oakland Police Officer Brendan O’Brien committed suicide. The officer reportedly left a suicide note discussing the alleged sexual misconduct. The note caused an internal-affairs investigation to be opened.

O’Brien’s Facebook page has only one link to Guap: in July 2015 he posted an image of a Marine Corps patch overlaying an U.S. flag. Guap “liked” the picture.

But other Oakland cops, current and retired, have had extensive online interactions with the young woman.

Former OPD Captain Ricardo Orozco not only follows Guap on Instagram, he is friends with her on Facebook. Orozco has “liked” numerous posts by Guap, including close-up selfies. Orozco retired last year after 28 years with OPD.

Another former Oakland police captain, Al Perrodin, appears to have flirted with Guap online. On June 18 last year, Guap posted a picture of herself and her mother on Facebook. Perrodin commented on the photo, “which one is mommie.” Then, in a December 16 post from last year, a selfie Guap took in a bathroom mirror, Perrodin wrote “Hottie.”

Some Oakland cops say they were unaware that Guap friended and followed them online. Officer Erik Kim’s Instagram account settings allow anyone to see who he follows and who follows him. Kim follows breed8261 and 97 others, including current and former Oakland cops. Guap follows Kim and has liked several of the photos Kim has posted over the past year.

Reached by phone, Kim told the Express he doesn’t know Guap. “Instagram is public. I don’t keep track of who likes my stuff,” he said. There is no record of Kim “liking” or commenting on any of Guap’s posts.

Guap was able to amass a long list of Facebook friends among retired OPD officers, so long that Tim Sanchez — a former Oakland cop who administers the Facebook group “Once OPD Always OPD” — advised its members to unfriend her when the sex scandal broke two weeks ago.

“Well, this caper has finally hit the news,” Sanchez wrote to the group’s 800-plus members. “To those of you who friended her and there are many of you, unfriend her now.”

“As you can see from the attached screenshot of her Fb page – she is a not very smart hoodrat,” Sanchez wrote, adding that he could identify 47 former Oakland cops who were friends with Guap.

Guap’s online interactions haven’t been limited to the Oakland police. As the Express reported earlier this week, on October 7 last year, Guap had an online interaction with Eric Chaloner, a deputy with the Alameda County Sheriff’s Office who replied to one of her posts.

“Just because he’s fucking you don’t mean he’s fucking WITH you…A man can be deep inside you && not really feeling you at all…,” Guap wrote in a Facebook post.

Guap then replied to Chaloner by tagging him in a comment: “Eric Edward Chaloner get it? Lol.”

Deputy Chaloner replied: “But of course I do.”

In another Facebook interaction from last October, Guap posted a picture of herself lying on exercise equipment in a gym. Chaloner replied to the post: “Hold that pose for like 60 minutes at a time and rotate arms……great for your……hmmmm….shoulders maybe.”

Sergeant J.D. Nelson of the sheriff’s office said that internal-affairs investigators were made aware of the Facebook interaction after a newspaper contacted him.

On Tuesday the sheriff’s office cleared Chaloner of any wrongdoing because Guap was over the age of 18 at the time the interactions occurred. Sergeant Ray Kelly implied in a comment to the East Bay Times that Chaloner had no contact with Guap in real life. “Just because you have friended someone on social media does not mean you condone their actions or are a part of their actions or know anything about them in a personal way,” said Kelly.

As for James Ta’ai and Terryl Smith, the two Oakland cops who resigned earlier this month and were identified last week by the East Bay Times as being under investigation for their relationships to Guap, neither has an active social media presence. Sources in the department said multiple Oakland police officers have carefully scrubbed and even deleted their online profiles to avoid scrutiny.