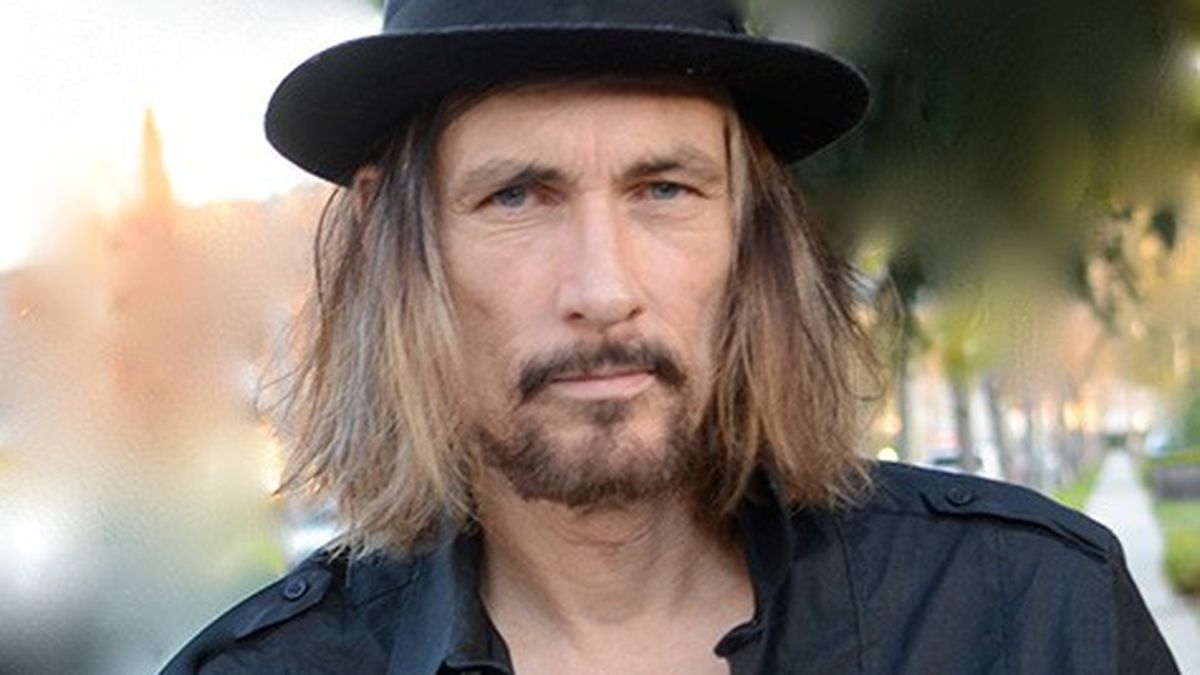 Helios Creed said, “We’ve gotta keep mutating. Maybe people don’t like the way we mutate” — his eyes widened unnaturally — “but they might later.” The wily 57-year-old was preparing to headline the Berserktown Music Festival in Los Angeles with Chrome, the singular San Franciscan outfit he joined more than forty years ago and recently reinvigorated with a new studio album, Feel It Like a Scientist. Chrome’s top billing over surly hardcore acts, noise artists, and fringe electronics manipulators at the admirably eclectic festival reflected the prophetic group’s broad influence. Chrome collided psychedelia and violence. Its abrasive percussion, studio experiments, and deranged vitality foreshadowed punk, noise, and industrial music to come. And while Chrome’s latest album is garnering the sort of accolades once denied to its early material, Creed aims to eclipse his past legacy with a new incarnation.

Chrome mounted the festival stage and struck the first notes of “New Age” at nearly 2 a.m., settling into a rickety groove as Creed dealt the first of many bizarrely warped vocal lines. An elaborate microphone apparatus and effects processor made his voice sound like a sputtering engine, hysteric robot, or battery-deficient toy. Then, he played guitar, unleashing the caustic tone that has distinguished his multi-decade career. Whether playing catalog staples such as “TV as Eyes” or new material like “Prophecy,” the band’s texture — a metallic sheen contorted and compounded according to the contours of every busted groove — came through, lending credence to Creed’s claim about the formative first time he had his mind blown.

“When I was about fourteen, I heard a [Jimi] Hendrix record on acid,” he remembered. “It was my best trip, and it was when the universe opened me up to the possibilities of music.” He karate-chopped the air and said, “psychic” — another chop — “and psychedelic.” Nothing in Creed’s long discography bears the flower-power naiveté of hippie cliché, but he subscribes to a broader definition of “psychedelic,” one that includes awe-inspiring terror and unnervingly alien sounds. “[Hendrix] made the guitar laugh,” Creed recalled, visibly chilled to remember it.

Creed moved to San Francisco from Hawaii in the mid-1970s and met Damon Edge, an imposing synthesizer aficionado with stringy hair who had already released one album as Chrome in 1976. The Visitation was issued on Edge’s own label, Siren Records, in a limited edition with just the band name crudely spray-painted on blank covers. It’s a heady record with heavy moments, differentiated from outsider-psych mostly by Edge’s zippy synths. Creed brought the volatility and crunch to Edge’s damaged rock vision on the next two releases: Alien Soundtracks and Half Machine Lip Moves.

Chrome existed on the periphery of San Francisco’s early punk scene. Sonically, the group was more aligned with local tape experimentalists Factrix or the synth-laden post-punk of early Tuxedomoon, though Chrome predated both. Like punk’s first wave, Chrome rejected what it perceived as the sterility of disco, soft rock, and arena schlock, but the Bay Area punk milieu fashioned itself more around live performances than recorded work. By contrast, Chrome didn’t play locally until 1981, premiering live at the long-defunct club On Broadway, while The Visitation predated the Dead Kennedys’ 1980 debut, Fresh Fruit for Rotting Vegetables, which is arguably the first Bay Area punk record, by four years.

Spawned in a scene of its own and responsible only to a record label operated by Edge and Creed, the five albums the duo had released by 1982 are among the era’s most maverick and strange Bay Area rock records. However, the insularity of Creed and Edge’s working relationship also set the stage for coming strife. The partnership dissolved by 1983, and Edge moved to Europe, proceeding to perform and record as Chrome with a rotating cast. Creed felt betrayed and, partly owing to the informality of their label arrangement, publicly questioned Edge’s bookkeeping, claiming in a number of interviews after the split that he was unfairly denied songwriting credits and the ensuing royalties.

That didn’t deter Creed’s own output though. His solo debut, X-Rated Fairy Tales, appeared on the venerable Bay Area imprint Subterranean Records in 1985. A raucous guitar record fraught with churning riffs, Creed’s debut initiated a slew of solo releases across a host of the era’s eminent underground record labels. With unyielding experimentation and extraterrestrial lyrical fixations, the solo catalog confirmed that Creed’s role in alchemizing Chrome’s original sound was tantamount to that of Edge, a fact that he’d call upon when reclaiming the moniker in 1996.

In the late 1980s, Creed co-founded and performed regularly at an illicit venue called The Psychotic Psychedelic Church in San Francisco. “You’d first have your fortune read by a person or a tape,” he remembered, “and it was always super negative, so you’d then go into this blue room for positive reinforcement. The opening act would be dog wrestling — anything but music — then Helios Creed would play.” The shows began to sell out, and attracted unwanted attention from the police, who shut the strange congregation down.

Edge died in 1995. In an interview in Flipside in 1997, Creed said that they spoke in the early 1990s after a long silence, hoping to soothe lingering resentment, and even considered collaborating. After Edge’s death, Creed reclaimed the Chrome moniker and released a ten-inch called Third Seed from the Bud in 1996. The closing track is reportedly about Edge. The lyrics are indecipherable but it’s titled “See Ya.” Since Edge’s death, Creed has taken to invoking Edge’s ghost as a spiritual guide, ever-present in his creative decisions for the band both on stage and in the studio.

Creed alternated between using the Chrome moniker and his solo handle for years before a celebrity endorsement from MGMT focused his creative vision and goals. In 2010, MGMT invited Chrome to open West Coast tour dates for the breakout synth-pop act’s sophomore release. At a kick-off show in San Francisco, Creed joined MGMT during its encore. “We inspired them to be weird,” Creed said, speculating that Chrome’s influence rubbed off on MGMT’s slightly more challenging eponymous album released last year.

Performing to the largest audiences of his life left Creed feeling fiery, and he began to work on the recordings that would become Feel It Like a Scientist. Referring to Chrome’s 1979 classic, Creed said, “I knew I had to top Half Machine Lip Moves to make a comeback.”

“Not many people have said it does, because that would be bold, but most say it’s as good,” he continued. Indeed, Chrome’s latest album, along with a recent archival release of unreleased recordings from the late 1970s, have yielded some of the most positive critical feedback of Creed’s career.

Creed has released more than twenty solo albums, nearly ten between his two tenures in Chrome, and several EPs on top that. For the bulk of his career, Creed subscribed to what he called the “acid test.” That is, when he completed recording an album, he dropped LSD to make sure it sounded right in the ideal listening state. Today, though, tripping isn’t necessary.

“I don’t need to do acid to know it sounds great on acid, because I’ve already done so much.” Still, he continued, “It’s beautiful to hear a record on acid for the first time. I had this idea. … I wonder if I could be hypnotized, told that I’d never heard this band and I don’t play on this record and that I’m on acid. Then, someone puts the new Chrome record on.”