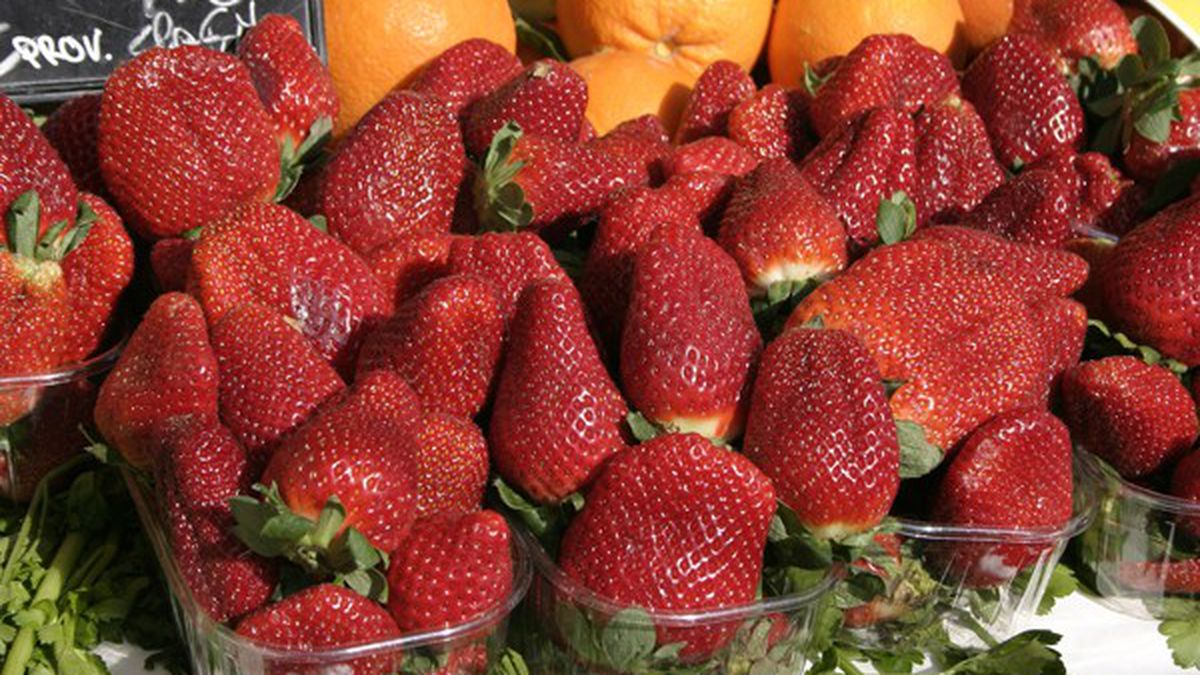 That may have been a factor in why Arysta LifeScience, the maker of the toxic pesticide used on strawberries, pulled it from the market.

When Arysta LifeScience abruptly pulled methyl iodide off the market last week, it cited the “economic viability” of the controversial fumigant, which is used to sterilize soil before crops are planted. But at a hearing in an Oakland courtroom last Wednesday, another factor emerged: Arysta was on the verge of losing a major lawsuit.

California regulators approved methyl iodide in December 2010, in the final days of the Schwarzenegger administration. They did so over the objections of state scientists, who said trace amounts of the chemical would put farm workers and agricultural communities at risk of cancer, miscarriage, or birth defects.

Farmers rely on fumigants to support the state’s $2.3 billion strawberry industry but have struggled to find environmentally safe products.

Immediately after California approved methyl iodide, environmental and farmworker groups sued the state, arguing that regulators broke the law in approving the chemical. The opening hearing took place last month. But before the court could issue its opinion, attorneys for Arysta requested another hearing, to take place last Wednesday. New details had emerged, they said, that would affect the case.

The request “piqued my curiosity,” said Alameda County Superior Court Judge Frank Roesch, according to a transcript of the hearing. But first, he had an announcement to make. “I have made a decision in the case, and I’m in the process of writing it up,” he said. Then, to the surprise of many in the courtroom, Roesch offered a candid explanation of his yet-to-be-released opinion.

Furthermore, Roesch said, the approval by the Department of Pesticide Regulation was not based on sound science. State regulators “cobbled together” different methodologies in order to approve methyl iodide, Roesch said. There was “no evidence” to justify that process, he added.

Roesch also appeared to agree with plaintiffs that the state hadn’t adequately studied whether methyl iodide could harm developing fetuses in pregnant farmworkers or in women who live near strawberry fields. “I think the [California] Birth Defect Prevention Act was also violated,” said the judge, who added that his decision probably wouldn’t address that particular issue because the other grounds were sufficient.

Then, Roesch turned to Arysta’s attorneys. “Now that you are aware of what the court is going to decide when I get around to finishing writing it up, tell me what you think I should consider?”

Stanley Landfair, an attorney for Arysta LifeScience, explained to the judge that the company had recently removed methyl iodide from the market nationally and revoked its request for registration in California. “Arysta, even if it wanted to, could not sell this product in the state of California any longer,” Landfair said.

“We believe that renders the case moot,” he said.

Roesch will issue his opinion on whether or he will dismiss the case May 1.

Pesticide activists say the timing of Arysta’s announcement is no coincidence.

“If the judge dismisses the case,” said Paul Towers of Pesticide Action Network North America, one of seventeen plaintiffs in the case, “California will have let a pesticide corporation off the hook and failed to fix our broken regulatory system.”

In a statement, Arysta reiterated that the decision to withdraw methyl iodide was a financial one and declined to comment on the court case.

Despite methyl iodide’s approval in California, only a handful of farmers actually have used the fumigant. Some local agricultural authorities have declined to issue permits for the chemical, and farmers have complained it’s too costly to comply with safety precautions required by the state.

In its statement, Arysta said pulling methyl iodide off US shelves would allow the company to focus on other markets, including Mexico, which is second after California in supplying strawberries to the US. Methyl iodide is legal in seven other countries, but used in just one of them, Japan.

Meanwhile, while methyl iodide is off the table in California, Arysta has not ruled out bringing it back elsewhere in the country. While it is “suspending its support” of methyl iodide nationwide, Arysta will continue to maintain its 2007 US Environmental Protection Agency registration, which keeps the door open for future sales.

Dellums Gets Ready to Face the Music