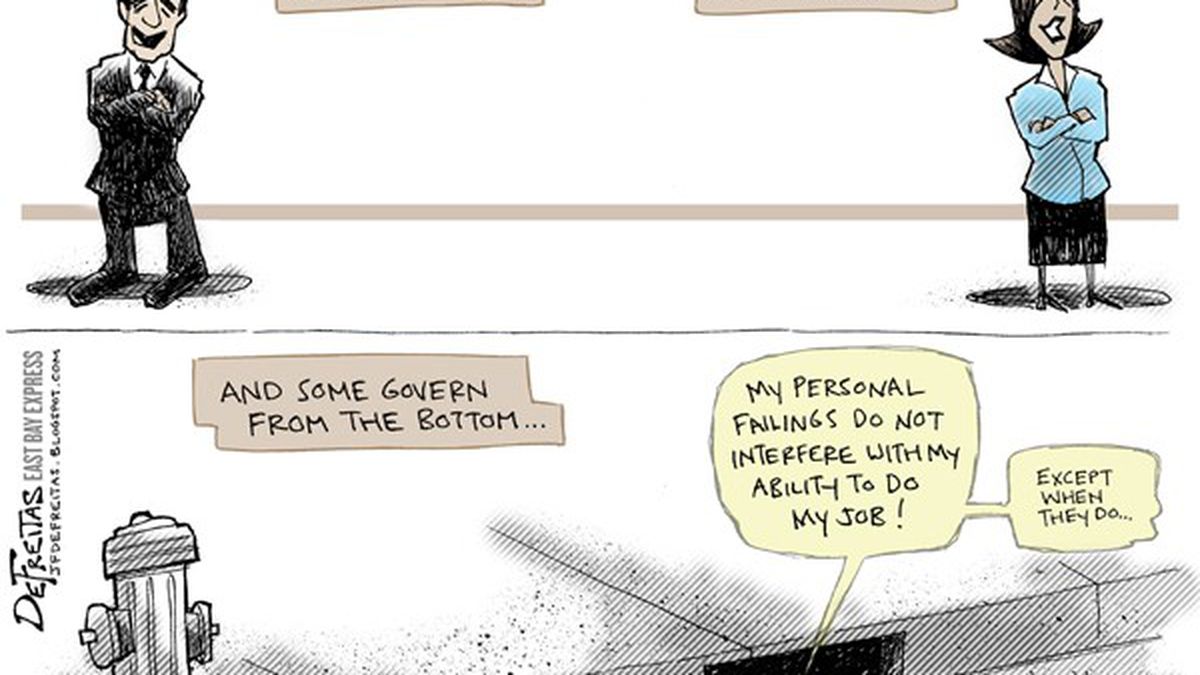 Barbara Parker is proving to be a no-nonsense city attorney. Last week, she issued a tough new memo to city employees, reminding them that Oakland’s City Councilmembers have no legal right to interfere with their work. The memo comes on the heels of a probe by City Administrator Deanna Santana that uncovered evidence of Councilwoman Desley Brooks interfering with city employees when she engineered a no-bid contract to build a swanky new teen center in her district.

Parker’s memo, like Santana’s investigation, is particularly noteworthy because top Oakland city officials have been reluctant over the years to rein in the actions of councilmembers who have a history of violating the city’s separation-of-powers law, fearing that councilmembers would retaliate. Parker’s actions also display refreshing independence because it was the council who appointed her to be city attorney after her predecessor, John Russo, left to become Alameda’s city manager.

Parker’s memo also follows the recent rebuke that her deputy, Doryanna Moreno, delivered to Brooks. At a council meeting earlier this month, Moreno repeatedly told Brooks that she should recuse herself from a vote on whether Santana should continue the investigation of her. Moreno noted that Brooks had a conflict of interest, and Santana’s probe had uncovered evidence that Brooks may have violated the city’s separation-of-powers law.

Moreno’s actions and Parker’s memo also strike a stark contrast between Parker and Councilwoman Jane Brunner, who plans to run against Parker in the November city attorney’s race. Brunner, along with Councilman Ignacio De La Fuente (who plans to run for mayor if there’s a recall election), rushed to Brooks’ defense and voted against a proposal earlier this month to appoint an independent investigator to further probe her conduct with the teen center. At the council meeting in which Moreno took on Brooks, Brunner stated that she couldn’t “understand” why Brooks would have a conflict of interest if Brooks voted on a proposal to have Santana further investigate her. Brunner and De La Fuente appeared to be pandering to Brooks and her supporters as they prepare to run for city attorney and mayor, respectively.

“A City Councilmember may only contact City administrative staff only to make inquiries. All other communications about the administration of the City must only be through the City Administrator or Mayor.

A City Councilmember may not in any manner take part in the appointment or removal of any administrative employee.”

It’s hard to remember a time when so many public officials in the Bay Area were caught in embarrassing situations or accused of misdeeds at the same time. Indeed, demands for resignations, whether coming from the press or the public, seem to have reached an unprecedented level.

But not every transgression is equal, of course. So in an effort to sort out which public official has behaved the worst, the Express decided it was time to do some head-to-head comparisons. In the style of March Madness, here are our Elite Eight matchups:

Nadia Lockyer vs. Michael Meehan. The Alameda County supervisor versus Berkeley’s police chief. Lockyer reportedly missed nearly half of her board of supervisors meetings, while having time to visit her meth-head ex-boyfriend in jail and make a sex video for him. She then reportedly took her eight-year-old son on a late-night rendezvous with said ex, and ended up in drug rehab. Meehan screwed up by sending a police spokeswoman to a reporter’s home late at night to ask for a correction to an erroneous story. Winner: Lockyer in a walk.

Mary Hayashi vs. Chris Magnus. The East Bay Assemblywoman versus Richmond’s police chief. Hayashi pled guilty to shoplifting about $2,500 worth of clothing from Neiman Marcus in San Francisco. Magnus is accused of making racist remarks and discriminating against black cops. Winner: Hayashi is an easy pick. The allegations against Magnus look pretty weak.

David Muhammad vs. Desley Brooks. Alameda County’s probation chief versus the Oakland city councilwoman. Muhammad is accused of sexually assaulting one of his female deputies. For Brooks, see above. It also should be noted that both maintain their innocence, and neither has been charged with a crime. Winner: Muhammad. The allegations against him are very serious.

Ross Mirkarimi vs. Jean Quan. San Francisco’s sheriff versus Oakland’s mayor. Mirkarimi was charged with spousal abuse and pleaded guilty to misdemeanor false imprisonment. A video, however, clearly shows a nasty bruise on his wife’s arm that he inflicted on her on New Year’s Eve. Quan made serious mistakes with Occupy Oakland and faces a possible recall from office. Winner: Mirkarimi, hands down.

Final Four: Hayashi vs. Lockyer. This was a close call, but Hayashi gets the nod because of her criminal conviction. Mirkarimi vs. Muhammad. Although what Muhammad allegedly did was worse, Mirkarimi is the choice; he admitted guilt..

Finals:Hayashi vs. Mirkarimi. These two make the finals because there’s no doubt they both broke the law. But Mirkarimi gets our March 2012 Public Official Behaving Badly award, because, from our perspective, domestic abuse outweighs shoplifting on the scales of justice — and ethics.