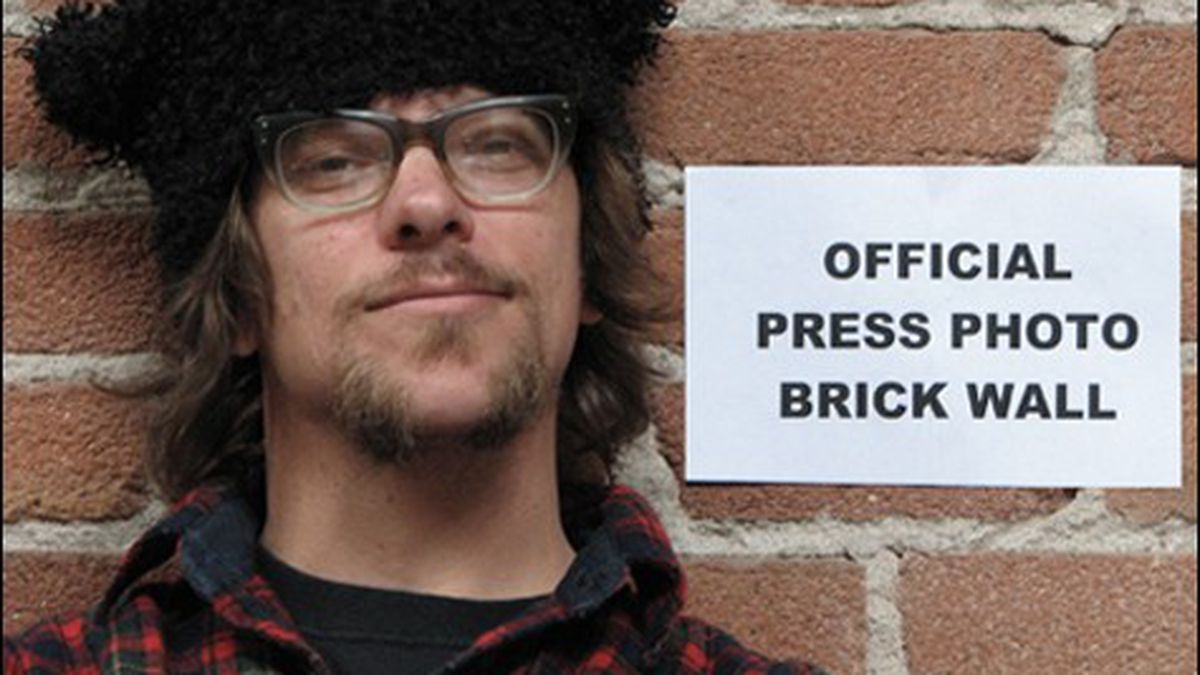 After ten years and many obstacles, the Oakland songwriter finally releases his album.

Joe Rut has a finesse for finding humor in life’s inane moments. It’s a useful skill considering that the Oakland singer-songwriter has faced a maddening amount of roadblocks trying to produce one album.

Since 1995, Rut’s living quarters/studio space has burned down, flooded twice, and been covered by tar dust in two separate incidents after his landlords decided to replace his roofs without telling him. Recording sessions were also postponed because of lack of funds and back injuries, and when finally committed to tape, were stolen (with no backup).

Given such obstacles, some musicians might give up. Jump off a bridge. Go postal. But Rut stubbornly persevered. And by some miraculous set of circumstances, he eventually produced the album that he’s always wanted. It’s called Injured While Faking Own Death.

As the title indicates, Rut acknowledges that life has been known to mock him. But, he says, it’s made him better. “In some ways it kind of turned out to be a blessing in disguise because I look back at the songs I wanted to work on back then, and I’m glad I didn’t waste the time doing those tunes,” said Rut, sitting outside Cole Coffee in Oakland on a recent Wednesday afternoon. “It’s allowed me to get a lot better as a songwriter and have a better vision of what I want to accomplish.”

It’s also forced him to laugh at his misfortune. Many of the lyrics on Injured are abruptly hilarious. Take opener “Control Freak,” which starts out with earnest acoustic-guitar strumming and Rut’s quavering voice:

“A certain amount of hardship just kinda makes me go, oh, this sucks,” said Rut. “If there’s a bunch more hardship, that actually makes me feel better, because perhaps it confirms my worldview. And so then you can just start to laugh and go, see I was right, it’s nonstop hardship.” Relatively speaking, of course. He acknowledges that he’s “not a poster child for oh woe is me.”

Some of Rut’s songs address serious subjects, such as the country-tinged “Perfect Skin,” in which Rut pleads for “perfect skin to keep my insides in.” But even then, the songwriter throws in an absurd reference from left field, hoping for skin that takes in oxygen, directly from the water, just like Kevin Costner, in the worst movie ever.

Rut, who grew up along I-5, says this is partially the result of his songwriting process. About half of his songs he’s worked on for years; the other half are the result of fast songwriting he does as part of the Immersion Composition Society, in which musicians aim to write as many songs as possible in a day. “Often it’s those ones that can come super quickly like that that are the best ones because you get out of your own way, you don’t edit yourself to the point of ridiculousness,” he said.

But lyrics are just half of Rut’s charms. He’s also a prolific songwriter and self-taught multi-instrumentalist. Rut says he often hears whole composed songs in his head. He admits this is a gift, but also somewhat of a curse (see “Control Freak”). Luckily, Rut can play most of the parts. He played almost all of the instruments on Injured, including drums, bass, guitar, organ, and lap steel, and sang the harmonies.

As a result, collaborating with other musicians can be difficult. But Rut recruited a “dream lineup” to help him put on a show at the Great American Music Hall on April 30. Musicians will include drummer John Hanes, bassist Dave Jess, Joe Goldmark on pedal-steel guitar, Jason Kleinberg on fiddle, Val Esway and Heather Davidson on harmony vocals, Danny Allen on guitar, Steve Lucky on Hammond B3 and piano, and other guests. Rut says it’s the biggest show he’s ever played, with the largest group of musicians. He’s confident that his small but rabid fan base will show up, and is doubtful that such a lineup will ever be recreated again.

As for his future plans, Rut says he’s thinking of buying a van and hitting the road. It might be just as expensive as renting, he figures. But at least there won’t be any landlords.

The Oakland City Council approved changes to its cabaret laws. … The electronic music industry’s Flux Summit will be held April 29 at Pyramind Studios. 6 p.m., free with RSVP. FluxSummit.com. … 924 Gilman is trying to become a nonprofit in response to its landlord raising its rent by $3,000 a month starting July 1. … Emeryville’s Ex’pression College for Digital Arts has launched a monthly series of live web concerts, streaming online at UStream.com. … Afrolicious will celebrate its three-year anniversary with a party on April 29 and 30 at the Elbo Room. 9:30 p.m., $8, $10. Elbo.com. … Fugazi drummer Brendan Canty will be among the musicians providing live improvised soundtracks at the Berkeley Art Museum on May 2. The free event is the opening reception for Brent Green: Perpetual and furious refrain/MATRIX 232. BAMPFA.berkeley.edu.