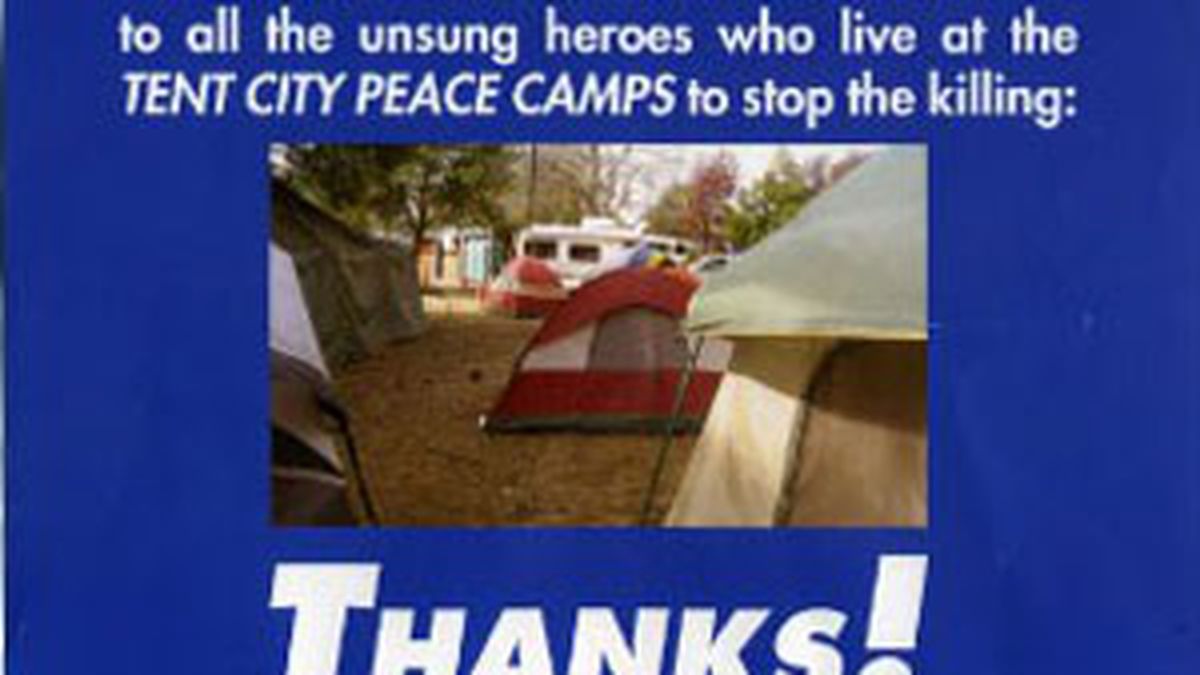 In recent days, Richmond voters got a political mailer from City Councilman Jim Rogers with a picture of one of the area’s anti-violence tent cities on the front thanking peace activists for their efforts. But Robert O. Brown, the site coordinator for the tent city on 41st Street, isn’t saying, “You’re welcome.” In fact, Brown and tent-city organizers say they asked Rogers not to take the photos and use them for political purposes, but Rogers, a former lawyer, said they couldn’t prevent him from taking pictures at a public park. Follow the jump to get the deets.

Brown says he confronted Rogers when the councilman came by the camp with his camera. “I told him, ‘I don’t think it would be right. … I don’t think these people want to be part of your political campaign.'”

But Rogers, formerly known as the People’s Lawyer , refused to shut his lens. “I was on public ground taking pictures of things on public property,” Rogers explains. Besides, he says, he didn’t use anyone’s image without their permission (the amateurish photo shows only tents, not people).

Rev. Andre Shumake , the main man behind the tent cities, says that he has been discouraging politicians from trivializing the tent city by turning it into a photo-op. “These guys haven’t been supporting us in the past in terms of stopping the violence,” Shumake says.