.Jeff Chang Questions Color-Blind America in New Book, ‘Who We Be’ 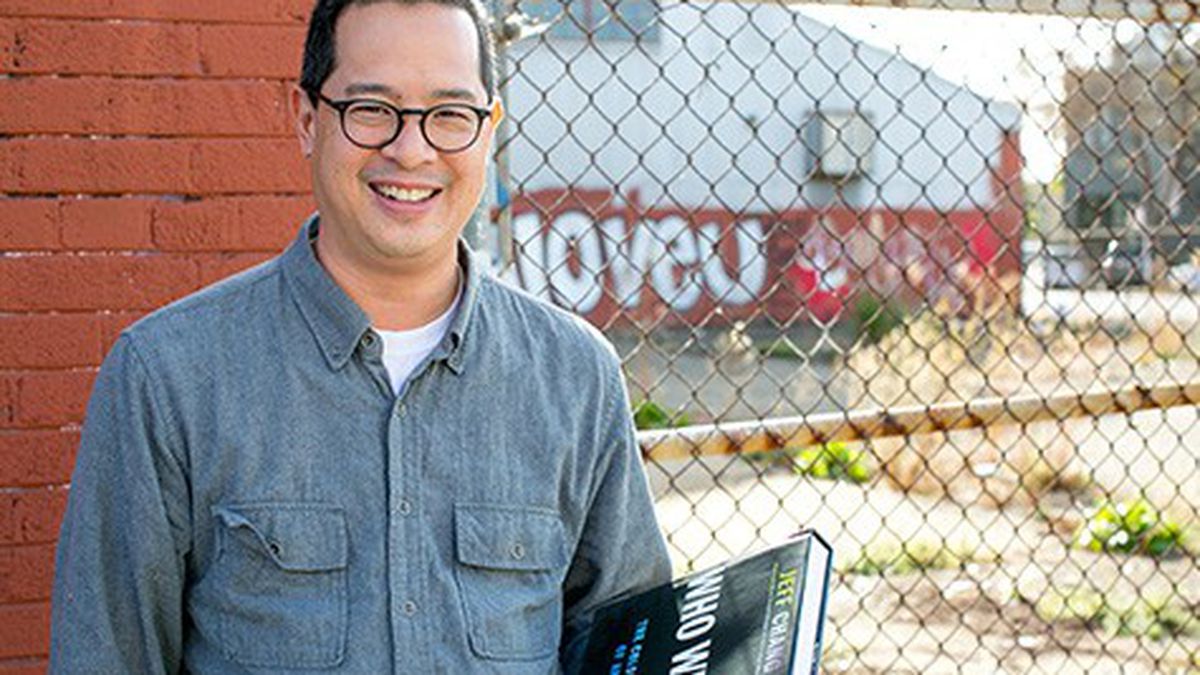 In his newest book, Who We Be: The Colorization of America, Berkeley-based author Jeff Chang likens cultural events to waves. They are remembered for the monumental moment when they crash on the shore, but only reach that point after miles of building momentum beneath the ocean’s surface. In other words, cultural shifts are known for the historical events that mark them, but actually roll on the floor of the collective subconscious for years before they break.

In the 400-page tome, released in October, Chang traces the representation of race in America from the first newspaper comic to feature an integrated cast in 1965, through the culture wars of the 1990s and the Obama campaign of 2008, all the way to George Zimmerman’s trial in 2013. But this wave has been building for Chang since he first moved to Berkeley from his hometown of Honolulu, Hawaii in 1985.

The part Chinese, part Native Hawaiian eighteen-year-old relocated to study at UC Berkeley. When he left the ethnic melting pot that he grew up in, his identity was thrown into stark relief. “In your first few weeks at Cal, people will let you know you’re a ‘chink,'” said Chang in an interview. He was radicalized by the experience of being othered, and threw himself into the fight for more ethnic diversity in public universities, including the curriculum, student body, and faculty. By the time he left, the admissions cap limiting the number of Asian-American students at UC Berkeley was abolished.

Although Chang majored in economics to please his parents, he took as many classes as he could with professors who were engaged with contemporary issues surrounding race, such as Ronald Takaki. Takaki was an Asian-American intellectual and activist, also from Honolulu, who fought against right-wing traditionalist academics who were afraid of losing the “real” America to people of color. “He was a superhero to us,” said Chang.

Meanwhile, Chang also became heavily involved with KALX, the student-run radio station, which was at the height of its countercultural heyday at the time. “I’d DJ at night, and we’d be activists all day, and somewhere in between I’d do homework, I guess,” Chang recalled.

After graduating, Chang was convinced that he would go into politics, but quickly figured out that expressing his political beliefs through art felt much more right. In 1991, he founded an underground hip-hop label called Solesides with a group of up-and-coming musicians, namely DJ Shadow, Lyrics Born, and the duo Blackalicious. “It was the kind of thing where we were living the ideals of what we were talking about — what folks had been talking about when I was an undergrad,” said Chang. “We were making art that was changing the aesthetics, and sort of embodied a kind of cultural politics.”

After about five years, the musical careers of Chang’s peers took off, and he returned to writing. As part of the first class of graduate students to enter UCLA after the LA riots in 1992, Chang struggled to reconcile his activist and academic principles with the urban realities his hip-hop idols, such as Ice Cube, were rapping about. Out of that personal struggle came the inspiration for his first book, Can’t Stop Won’t Stop: A History of the Hip-Hop Generation, which chronicles the way that hip-hop transformed politics and pop culture in America.

Chang finally published the book in 2005, garnering widespread acclaim and the American Book Award. But after eventually settling into a job as the executive director of the Institute for Diversity in the Arts at Stanford University, Chang realized that he had left out a crucial cultural moment: his own college years. He thought of Ron Takaki and all of his other heroes who were fighting for people of color to gain cultural visibility at the time. No one was telling that story coherently, because it was still too fresh. But when he engaged with his students about the culture wars of the 1990s, he saw lightbulbs go on. Unlike the Sixties, the Nineties represent an unromanticized history that’s recent and real enough to inform the contemporary fight for diversity.

Chang now lives on the same block in the same neighborhood that he lived on when he was attending UC Berkeley, and recalled that it was once very culturally rich. He used to live in the house that blues master Johnny Otis lived in and the cartoonist Morrie Turner was his neighbor. Much of Chang’s book takes place in places that would be familiar to East Bay residents. He starts off with the story of Turner, the artist behind the first integrated newspaper comic, Wee Pals.

The reader meets Turner as he is crying tears of joyful disbelief on the night of Obama’s election. Chang threads Obama’s presidential story throughout the book, discussing how sinister re-renderings of his iconic campaign poster are emblematic of the way that visibility for people of color in America is so often a double-edged sword. He also follows the story of Shepard Fairey, recounting how the successful pop artist — in a wild convergence of politics, street art, and grassroots organizing under the sentiment of “HOPE” — changed the way that America would view Obama forever with his memorable depiction.

Who We Be is a collection of stories like these, connected by thorough contextualization of the broader cultural trends of its time. In this way, Chang manages to be both sprawling and focused, untangling the challenge of describing something indescribable in essence: culture. He does it by picking out people and moments, presenting them to the reader as if they were there, then slowly building up the world around them — the deep-sea rumbling that preceded them and the foam that they left on the beach.

Chang’s writing isn’t only for academics, but it doesn’t treat readers as if they lack the ability to synthesize the interwoven narratives for themselves. There is also a rhythm to his writing that subtly reflects an authentic involvement with hip-hop and urban culture. In a word, it feels real.

When Chang turned in the manuscript for Who We Be in early 2013, it ended on a lighthearted note. Books about social struggle are often expected to be ultimately optimistic. Then, over the course of one week that July, Zimmerman’s acquittal came in, the voting rights act was overturned, and the movie Fruitvale Station, which chronicles the killing of Oscar Grant, came to theaters. Chang was crushed. He began writing the book in 2008, right after Obama’s election, filled with idealism and hope. But slowly, as he wrote, the reality of racial inequality in America today set in.

So he took back the manuscript and rewrote almost a third of the book. Now, it ends with the detailed story of Trayvon Martin’s death and Zimmerman’s trial, highlighting how the court agreed not to mark the incident as racial profiling, somehow convincing themselves that it was possible to take race out of the question. Ending on a solemn note, Who We Be rightly recognizes that impossibility, delivering the current state of “color-blind” America straight. “We have a black president, but we haven’t reached the promised land,” said Chang.

That kind of honesty is just as important as optimism, because it acknowledges change as a long process that requires a collective push, and not just an unprompted eruption of justice that can be viewed comfortably from the beach.

Correction: The original version of this story cited author Ronald Takaki’s first name as Roy. It also cited author Ishmael Reed as once having lived in the same neighborhood as Chang. In fact he did not. This version has been corrected.