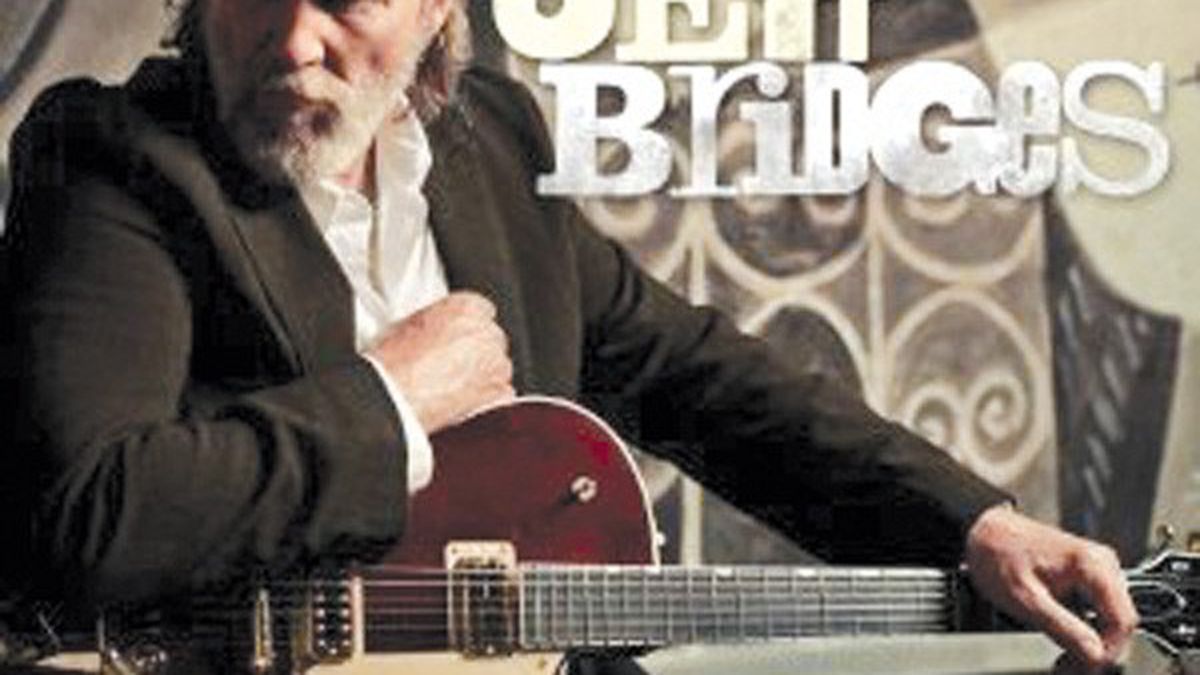 Our more cynical readers might be rolling their eyes, thinking, “Oh, another actor thinking s/he’s a musician, too.” 0Well, yes and no. Bridges did his own singing in the role of a fallen-on-hard-times country singer in Crazy Heart. But his major-label debut album is not a vanity project. True, he’s no Roy Orbison, but he can indeed sing well. He has a deep, slightly raspy, somewhat comforting drawl that evokes Eric Clapton (a little) and Guy Clark (a lot). Bridges hooked up with producer T. Bone Burnett and assembled a clutch of songs and a context that plays to his strengths and downplays his weaknesses.

To quote Dirty Harry, “A man’s got to know his limitations.” Bridges obviously took that to heart. Of these ten songs, he wrote but two and co-wrote a third. The others are cherry-picked from some fine songwriters, including Greg Brown and the late Stephen Bruton. The ambiance isn’t so much the honky tonk of some of Crazy Heart‘s songs, but more the introspective Texas troubadouring of Clark and Townes van Zandt. Framing Bridges’ world-weary singing is plenty of twang (courtesy of six-string ace Marc Ribot), simple thumping drums, and pedal steel sighs like night winds on western plains. The protagonists in these songs are mostly well-meaning wanderers and losers seeking to redeem themselves in the eyes of another (the almost-cinematic drama of “Falling Short”) if not their own (“The Quest,” a folky elegy). The one exception is the bluesy, Morricone-esque diorama, “Tumbling Vine.”

Unlike some actor-dabblers, Bridges has the stuff. (Blue Note)

Author to Read at Cody’s Despite Store’s Closure

Pairings with Chicken Are All Over the Map