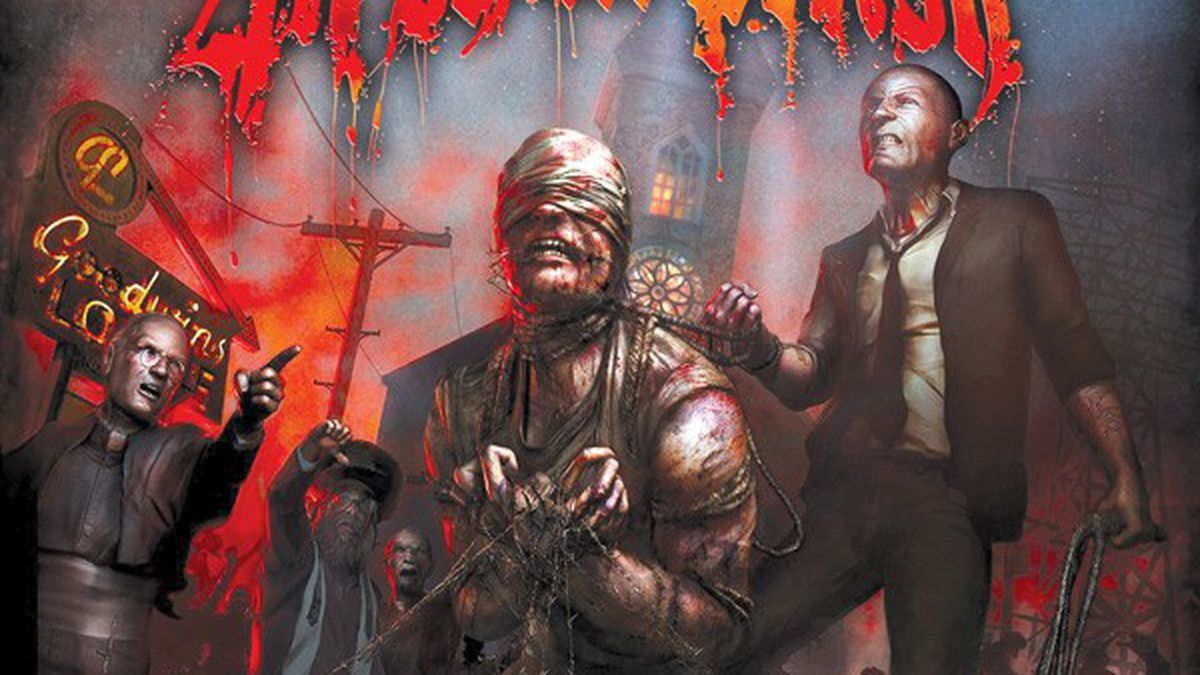 This Is Where It Ends

Consider that perhaps .01 percent of the world’s population listens to metal. Of that .01 percent, maybe 20 percent listens to a subgenre known as deathcore, a combo of death metal and hardcore. Suffice to say, it’s not for everyone. All Shall Perish is Oakland’s contribution to the genre, and the band has achieved a respectable following nationwide (but not so much locally, ironically). The band is known for very fast playing, quick changes, breakdowns, low-end chuggah-chuggah riffs interjected with virtuoso-style guitar noodling, and Cookie Monster growling traded off with high-pitched squeals.

On its fourth album, This Is Where It Ends, All Shall Perish continues this formula, but with some amendments. The band hired a new drummer and lead guitarist, Francesco Artusato, who helped transform All Shall Perish’s sound — but not necessarily for the better. While Artusato is clearly a skilled player, he just may be too skilled for his own good. His main objective seems to be showing off how fast his fingers can move up and down the fretboard, and as a result, the hooks never quite sink in. Lyrically, vocalist Hernan Hermida spends the majority of his time exorcising anger, either in an us-versus-them scenario (e.g., Together we can start the fire/burning the whole world to ash), or a me-versus-everybody-else kind of way (e.g., I hope to watch you fucking diiiiiiiiiiiiie!).

That said, the album has some some promising moments. “A Pure Evil” contains a sticky, elastic-band low end in guitar tones reminiscent of Meshuggah. But then Artusato’s virtuosity interjects seemingly out of nowhere. Ditto with “Spineless” — Artusato’s technicality seems misplaced, even in the presence of a catchy death metal riff. The band certainly seems to be trying to push the envelope creatively, and in theory, that’s always a good thing. But innovation shouldn’t trump listenability. (Nuclear Blast)

Corrections for the Week of December 18