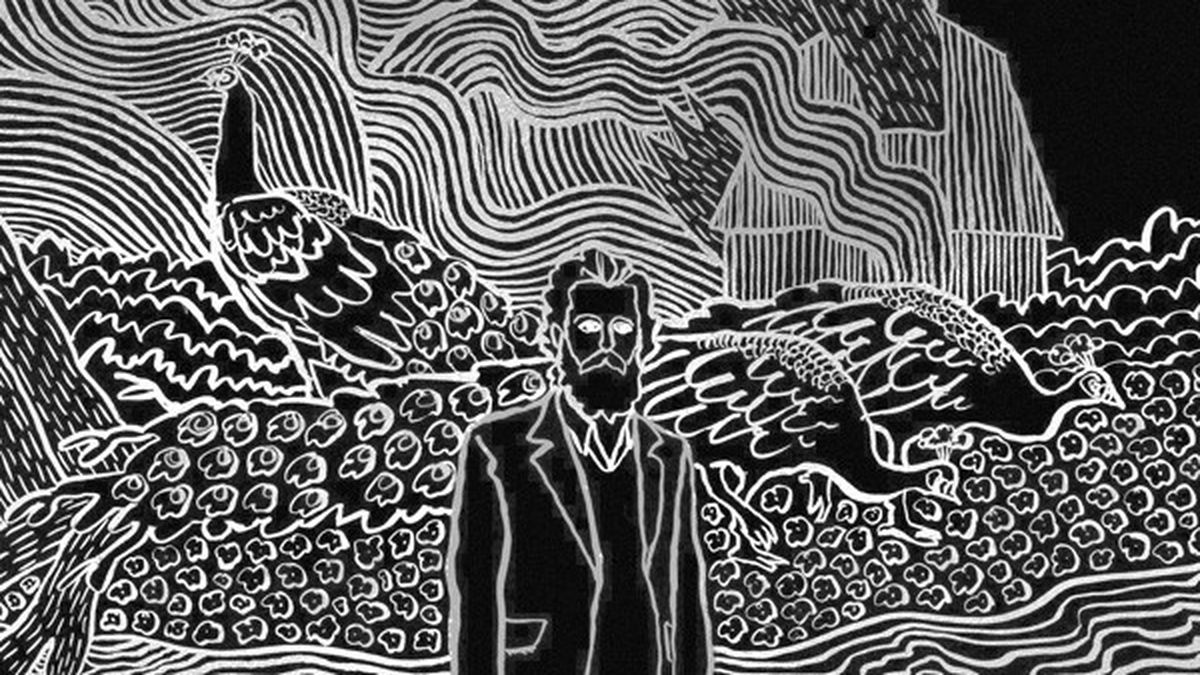 Kiss Each Other Clean

I saw blood, and some of it was mine, sings Sam Beam in the song “Walking Far From Home,” his voice lightly distorted over the bubbling groove of the modern day, full-band incarnation of Iron and Wine. That kind of oblique sentiment abounds throughout Kiss Each Other Clean, the major label debut from these indie-folk heroes. I guess you could almost call them the Godfathers of Indie Beard Folk, but the new disc is light years away from the hushed bedroom recordings that put Beam on the map.

In fact, it’s as if Beam’s head is exploding. Every nook and dark corner on Kiss Each Other is filled with some off-beat choice, from weird yodeling to thumb piano to guitars that sound like they’re being scraped on the asphalt. There are horns at various points, and bouncy grooves throughout. At a certain level, it’s a rock band, with guitars and drums and bass and organs, but great care has gone in the details. Beam really sings out loud these days as well, having left behind the whispers of his youth.

What remains constant, from the early days through the brain-supernova that began in Shepherd’s Dog and bled into Kiss, are the songwriting and lyrics. They’re as sharp as ever, filled with cops and dogs and blood and strange personal oddysseys, all sung to what could only be called catchy tunes. The truth is that, although this is a major label album, with expanded instrumentation and production, it’s still Iron and Wine, and it probably won’t be played on the radio right after Black Eyed Peas. But that’s a-okay. (4 AD/Atlantic)

Facebook
Twitter
Previous articleChappelle’s Show Sells Out Instantaneously at The New Parish
Next articleWednesday Must Read: Oakland May Get Weed Farms After All; Claremont Hotel Files for Bankruptcy
18,637FansLike
0FollowersFollow
67,429FollowersFollow