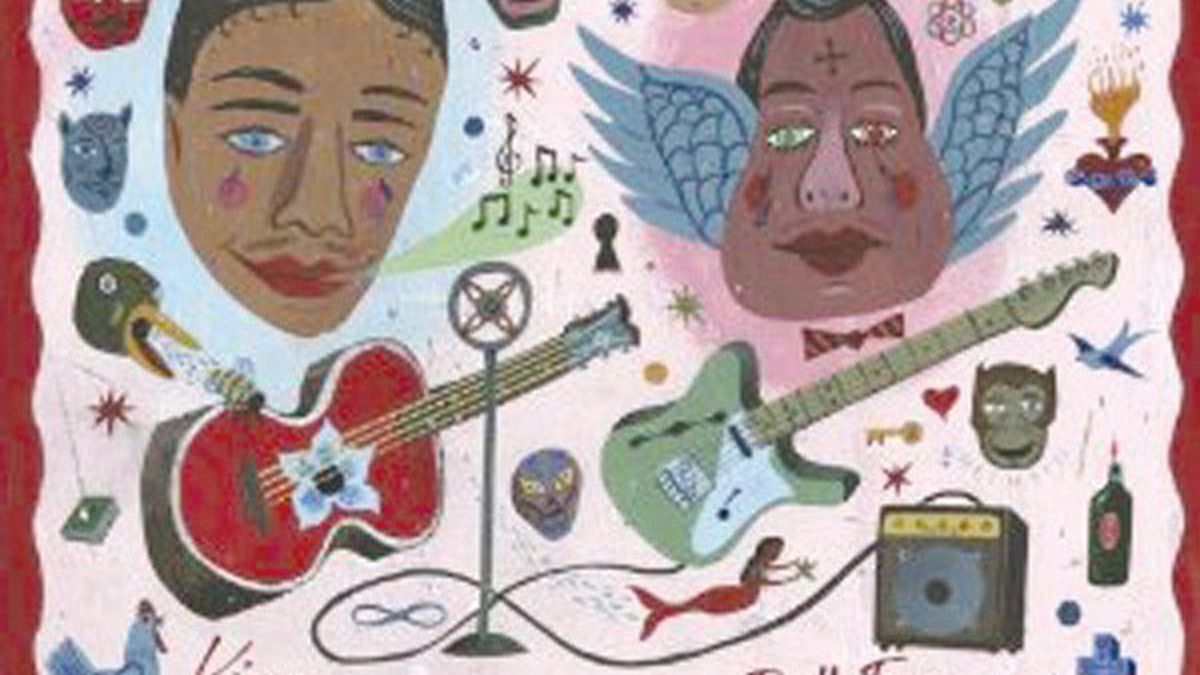 Living in Brooklyn for the past fifteen or so years has broadened Brazilian singer, guitarist, and songwriter Vinicius Cantuaria‘s musical vision. He now draws on the sounds of the Cuban, Puerto Rican, Colombian, Venezuelan, Mexican, and other Latin American cultures that surround him there. The Big Apple melting pot is omnipresent on Lagrimas Mexicanas, in which Cantuaria sings in a lilting low tenor on most of the ten lovely tunes that he and Bill Frisell composed together. Cantuaria alternates between Portuguese and Spanish (the CD booklet provides no translations) but switches awkwardly to English for the set-closing “Forinfas,” on which he raises his pitch and sounds rather silly, not unlike the late Tiny Tim.

As Cantuaria plays acoustic guitar and sings, electric guitar alchemist Frisell gently surrounds him with an orchestral wash of moaning sound warps, bluesy wah-wah lines, and other atmospherics. Cantuaria’s delicately syncopated hand percussion and Frisell’s ethereal loops supply many songs with loping samba-derived grooves. Shepherded by Berkeley producer Lee Townsend, with the warmth and elegance that typifies his work, Lagrimas Mexicanas has the unpretentious feel of two friends sitting around picking for their own enjoyment. This is especially true with the instrumentals “La Curva” and “Cafezinho,” which have a laidback ambiance akin to, though somewhat culturally distant from, Chet Atkins‘ duet encounters with buddies like Lester Flatt, Les Paul, and Jerry Reed. (E1 Music)

You Made It. Now Sleep in It.