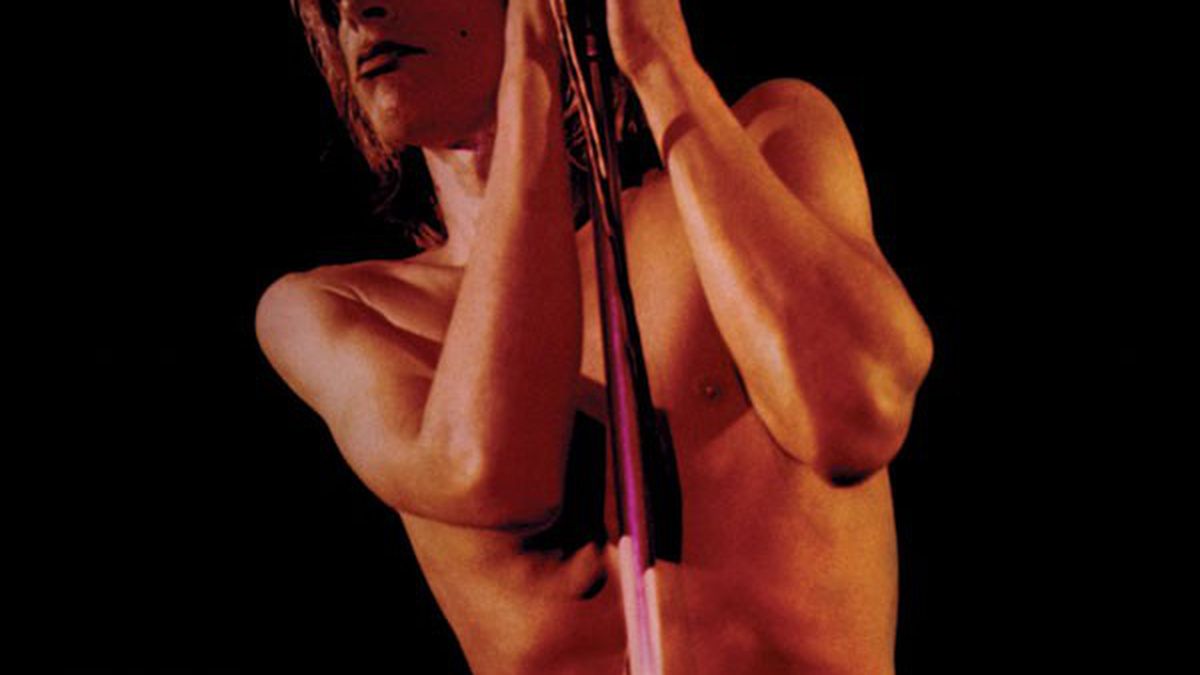 Iggy and the Stooges

Regarding the “punk rock aesthetic,” whether the garage bands of 1966-67 or 1977-79, both eras have one thing in common: the DIY urge, the drive to blow it out without polish and regardless of (in)ability. In the late 1960s and early 1970s, when rock music became acceptable as an art form by many, one of the few bands to embody and celebrate simplicity and crudeness was Iggy and the Stooges.

In 1972, a down-on-their-luck Stooges came under the wing of the ascendant David Bowie, who used his clout to help performers he admired. With Bowie behind the mixing board, Iggy Pop and his new Stooges — featuring new guitarist James Williamson and Ron Ashton switching to bass — recorded their last and most iconic studio testament, Raw Power. Brian Eno observed that not many people bought the album The Velvet Underground and Nico but almost everyone who did started a band. The same could be applied to Raw Power. The manic onslaught of “Shake Appeal,” the haunted, proto-Goth ballad “Gimme Danger,” and the primal, gnarly insolence of the title tune must have incited The Clash, Damned, Buzzcocks, and others. Hammering drums, shrieking dissonant guitar, throbbing bass, and a gyrating, aggressive madman vocalist — Raw Power is everything clergy railed against when they warned against rock ‘n’ roll’s “corrupting” influence.

This Legacy Edition includes the remastered version of Bowie’s original ’73 studio mix with a bonus disc of a previously unreleased 1973 live show (plus a couple of outtakes). It’s fun, rough sonic quality and all, but it’s just icing on the cake. The original album — that’s what really matters. (Columbia/Legacy)