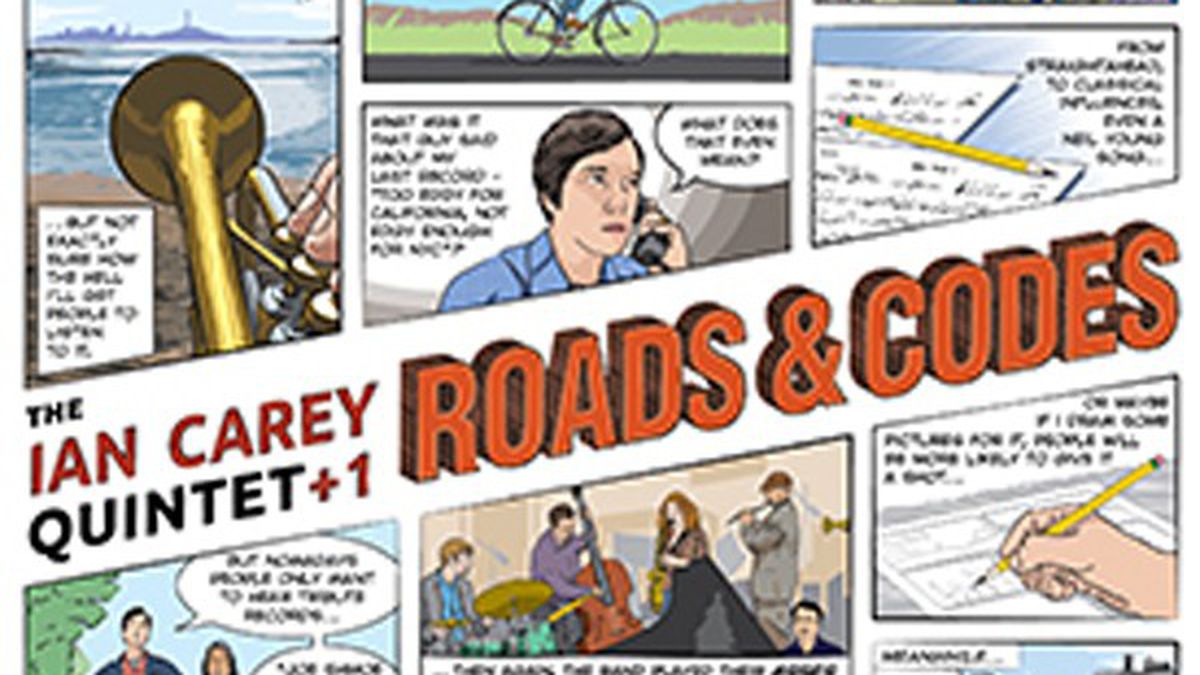 For the cover of his third album, Richmond trumpeter-composer Ian Carey drew a series of cartoon panels in which he begins, “I’m really feeling good about this new recording but not exactly sure how the hell I’ll get people to listen to it.” As the plot thickens, he concludes, “maybe if I draw some pictures for it, people will be more likely to give it a spin.”

Besides being a clever graphic artist, Carey is a gifted musician who gets a warm sound out of his trumpet and flugelhorn, his approach suggesting Chet Baker, Miles Davis, and Art Farmer. His six original compositions on Roads & Codes not only draw on post-bop traditions but expand on them, particularly in the way Carey imaginatively harmonizes and layers his horns, Kasey Knudsen’s alto sax, and Evan Francis’ tenor sax or flute over pianist Adam Schulman, bassist Fred Randolph, and drummer Jon Arkin’s firm yet floating grooves. Knudsen and Francis lock saxophones on “Nemuri Kyoshiro,” a straight-ahead, hard-bopping blues number; their alternating lines become increasingly shorter until they finally overlap explosively.

Carey and company also perform short pieces by Igor Stravinsky and Charles Ives (both of who are depicted on the back of the album cover), as well as a seven-minute treatment of Neil Young’s “Dead Man (Theme)” that affords the leader an opportunity to duet with himself through overdubbing. (Kabocha Records)