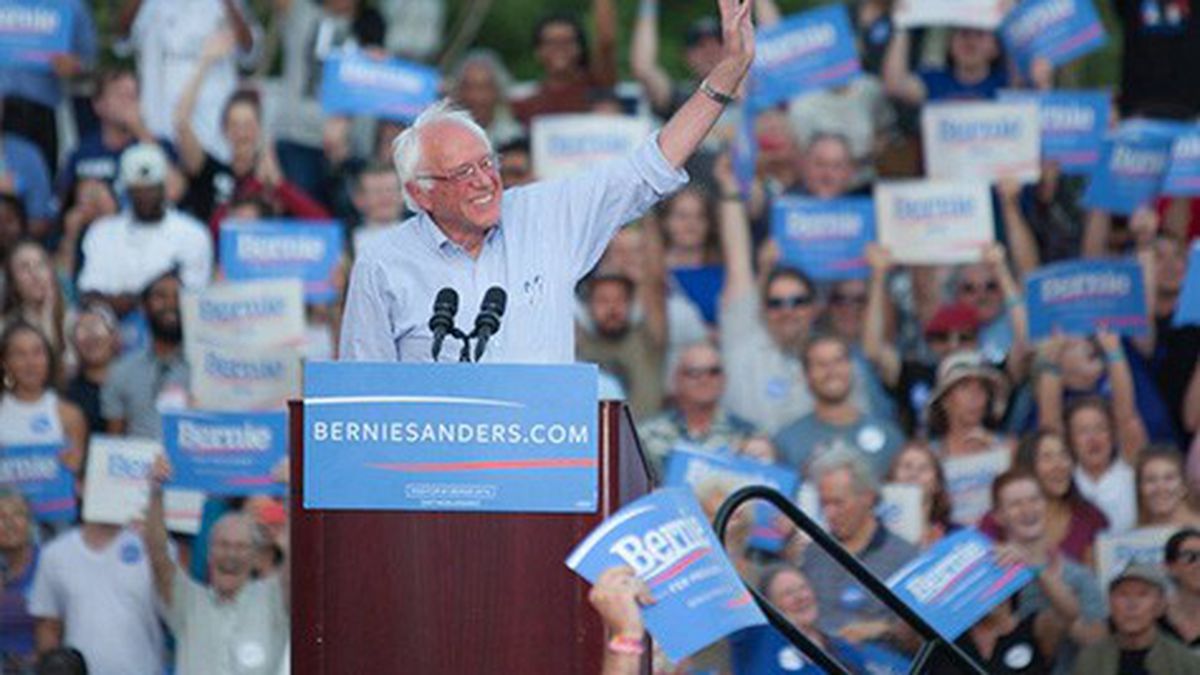 The Express’ Endorsements for the Primary Election on June 7, 2016

Trumpsters and Berners, Clintons and Bushes — the year-plus lead-up to next month’s vote was dizzying blitz of electioneering hell.

And now, it seems that the establishment ­of both main political parties are at odds with highly popular “insurgent” candida­tes. In the case of the Republicans, the outsider — Donald Trump, gulp — is poised for an upset. And millions of voters fear that their fire for Sen. Bernie Sanders will be extinguished by Hillary Clinton and a Democratic Party leadership unwilling to embrace his policy and vision.

More on that mess in future issues of the Express. This week, it’s time to bust out the black or blue pens and (finally) make a decision: Who to vote for on June 7.

A few insights into the Express’ endorsement process for this primary. Our decisions were informed by the entire editorial staff, but editor-in-chief Nick Miller wrote up the actual picks. That’s not ideal, and in future elections this endorsement method will change and expand dramatically to include: face-to-face candidate interviews, which all hopefuls for a specific office will attend together (these sessions will be videotaped and published online); the creation of an “endorsement board” of staff writers, editors, and freelancers; and signed endorsement write-ups by a variety of authors. The Express‘ endorsements for Election Day in November will also be more timely; they will appear in print at least three weeks before counties send out vote-by-mail ballots, long before November 8.

Our goal here is to be transparent, and we appreciate your thoughts and feedback on how to improve the endorsement process. Send ideas to [email protected].

In the meantime, please remember to vote with the Express on June 7!

The Vermont senator’s message — corporate America and this country’s wealthy elite hijacked the political process — is not new. Even Ralph Nader and Dennis Kucinich espoused similar mantras. The differences between those under-performing outsider candidates and Sanders are many, however. And Sanders’ organization and appeal clearly are more robust, in part because of advances in social media — which has also served as a conduit for his populist charm (think “Birdie Sanders”). He also can rake in some cash.

What’s all this mean? That the future of the Democratic party lies somewhere in Sanders’ ideas.

We’re endorsing him in the California presidential primary in hopes that this country’s liberal and progressive leadership folds his issues into the party platform. It’s clear that what he’s fighting for resonates with today’s voters, (mostly) young and old. Oh, and his core vision — from addressing out-of-control higher-education debt to ending corporate welfare — just so happens to be sage public policy.

Unfortunately, the latest establishment op-eds and hit pieces would rather zero in on Sanders-as-obstructionist. This is in part because Hillary Clinton, the presumed Democratic nominee, does not wish to roll into Philadelphia having lost the Golden State to the Feel the Bern juggernaut. And she doesn’t want the media to focus on any other Dem message except her campaign’s forthcoming dismantling of the unqualified and vile Trump.

But, until then, East Bay voters don’t have to plug their noses. They’re free to vote Bernie. They get to send a message to the Dem Party brass: We’re in charge, not your corporate overlords.

Will endorse in this race for November

This paper repeatedly has dinged California Attorney General Kamala Harris for weak follow-through of her promise to crack down on foreclosure fraud, and to go after perpetrators of the mortgage and housing crises. To that end, the Express worries that Harris will be easy on Wall Street as a U.S. senator, especially one with broad party-establishment support. What’s her motivation otherwise?

Unlike Harris, Rep. Loretta Sanchez is a Northern California outsider, and we’re curious to see whether she can challenge the frontrunner on some of these populist issues. We’re less inspired by Sanchez’ poor-judgment when it comes to comments on American Muslims and other ethnic groups over the years, however, and we have major concerns about her right-leaning policies, especially when it comes to national security.

The two candidates appear poised for a runoff in November. This paper will wait to run its final endorsement.

Congresswoman Lee has represented western Alameda County in Washington, D.C., for more than eighteen years. We personally will “never forget” when she voted against — and publicly questioned — President George W. Bush’s carte-blanche campaign against terrorism, which his administration launched while the nation was still in shock just days after 9/11. She deserves our vote again this June.

Will endorse in this race for November

The three Democrats in this tight battle to represent the northern East Bay are Nancy Skinner, Sandré Swanson, and Katherine Welch. All of them come with high-profile endorsements, but only two will face-off in November. The Express will make an endorsement at that time.

Thurmond is the incumbent Democrat in this district, which represents coastal areas in the northern East Bay, including parts of Oakland, plus Berkeley, Emeryville and Richmond. We support his re-election.

Bonta is the incumbent in this district, which represents parts of Oakland and the cities to its south. The Express supports his re-election.

Quirk represents the central East Bay and we support his re-election.

Incumbent Scott Patrick Haggerty is running unopposed. As a policy, the Express does not endorse in non-contested races.

A onetime Oakland mayoral candidate, Parker showed significant and unexpected fund-raising prowess — but it didn’t translate to the ballot box. This is perhaps because he was a business-friendly conservative who opposed Oakland’s minimum wage increase, Measure FF. Parker moved his home address to run against four-term county-supervisor incumbent Nate Miley. The longstanding supervisor has his own shortcomings, and there are those who view him as a rubber-stamp policymaker with too-close ties to developers and business. Those concerns are not unfounded.

The Express hopes one day a candidate will overtake this District 4 seat and shake up the board’s status-quo. Parker is not that person. We’re choosing not to endorse either candidate in this race.

Keith Carson is running unopposed, and the Express does not endorse in non-contested races.

This measure would allow the Legislature to cease paying of one of its members if that lawmaker has already been suspended for cause. The impetus of this proposition dates back to 2014, when three different legislators — including notorious state Sen. Leland Yee — faced state and federal indictments, were suspended by their colleagues, yet continued to receive a salary. That’s no good. Prop. 50 is a common-sense fix to a problem that California hopefully will not confront again soon.

This measure would place a $12 annual tax on parcels near the San Francisco Bay Area shoreline, and it’s estimated that the money raised over two decades could equal half-a-billion dollars. This fund would help pay for the restoration of wetlands, which helps combat rising sea levels caused by climate change. Two-thirds of voters in nine different counties need to approve the tax. Of course, this amount of money is by no means sufficient to prepare the region for the impact of rising sea levels over the coming decades. But it’s a start.

Measures B and E

B: This Albany Unified School District bond could increase the tax on a family home anywhere from twenty to thirty percent. That’s a hit. The money will go to school construction, new classrooms, and relieving crowding — much needed improvements — and the bond will total $70 million before interest. This measure needs a two-thirds supermajority to pass.

The district says it’s in dire need of this funding to improve classrooms, and we support it.

The City of Piedmont hopes to re-up an existing municipal tax, which expires next year, with Measure F. The plan is to increase parcel taxes in the city for four years, so as to defray the costs of police, fire, paramedics, and parks and public places. The tax requires two-thirds of voters’ approval. The catch is that Measure F is also a thirty percent increase over the existing parcel tax — a detail that the Piedmont city attorney just so happened to gloss over in its impartial analysis for voters. The Express urges a no vote on this flawed tax.

Developer Richard Poe aims to side-step the city of Richmond’s planning department with Measure N. That would mean no environmental-impact review; open, transparent processes; or public input to decide the fate of his family-home project on the city’s shoreline. This isn’t how things work. Definitely a no vote on N.

Measure O also has Poe’s fingerprints. This time, the developer is using the ballot box to put restrictions on the city manager’s compensation package. But the ballot box is not the place for this internecine city-versus-developer battle. Vote no.