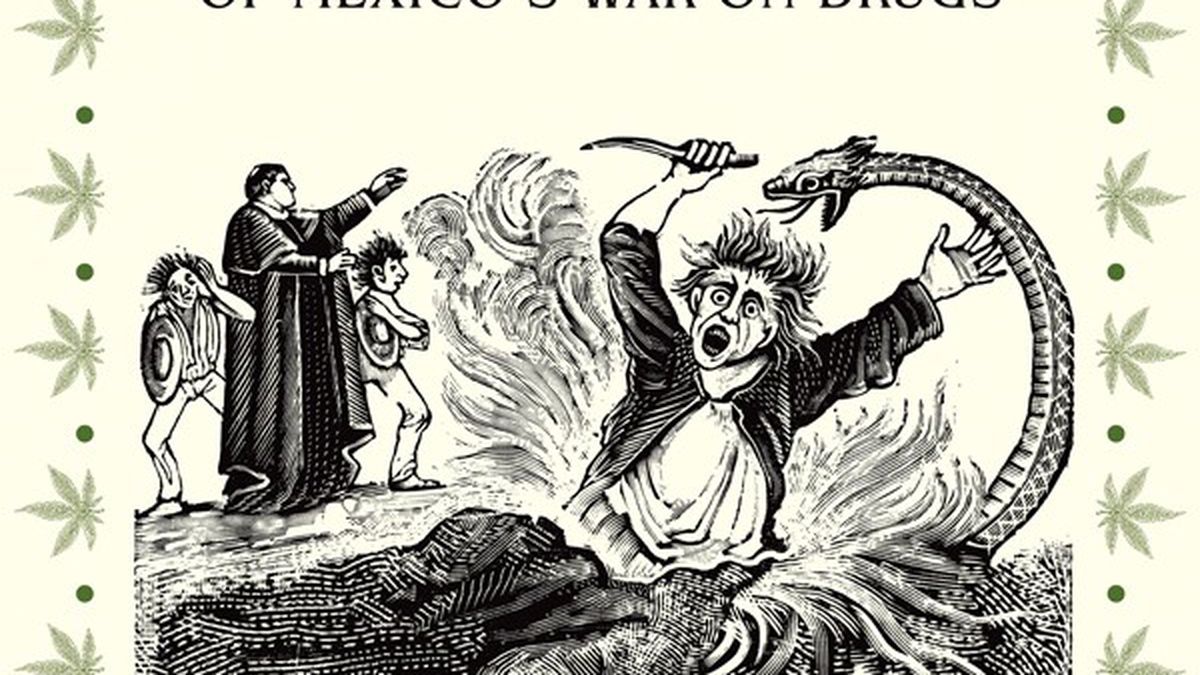 The question sounds simple: “Where does the word ‘marijuana’ come from?” But the answer is unknown, and the murkiness of the word’s origins speaks volumes about the current bloodbath and incarceration nightmare that is US and Mexican drug policy.

That’s just one insight from Isaac Campos’ vital, indispensable new book, Home Grown: Marijuana and the Origins of Mexico’s War on Drugs, which came out April 23 in hardcover from The University of North Carolina Press, available on Amazon and in bookstores.

Campos is an assistant professor of history at the University of Cincinnati who spent ten years on Home Grown, mostly digging through Mexican newspapers and historical texts to create an unprecedented history of pot prohibition south of the border. The results will blow your mind.

In the book, Campos traces pot prohibition all the way back to the Spanish Inquisition, shows how cannabis came to the New World, was embraced by the natives, and re-emerged as the demon weed “marihuana” used by Mexico’s lowest classes: indians, prisoners, and soldiers. Mexican racism against their own indians fueled media stories of “marijuana madness,” leading to Mexican prohibition of the drug decades before America even considered it.

But let’s start with the word “marijuana.” Marijuana came to the New World as “cannabis,” whose strong fibers held together the Spanish Armada in the form of ropes and sails. The Spanish crown ordered that the pivotal commodity be farmed in the New World. Conquistadors didn’t particularly excel at farming it in Mexico, but the psychoactive weed found a home in the kits of indigenous doctors, who were world-class herbalists.

Much like the Spanish, the natives of Mexico assumed religion and medicine were one and the same. Theology was biology, and the natives named powerful healing plants after the gods they worshiped. When new plants and new gods showed up, Campos’ theory is that they kept doing what they always did.

Cannabis became “mari-huana,” uniting the name of Mary, the mother of Jesus, with an indigenous word for “property” or “stuff” — huana. The Spanish’s cannabis became the natives’ “Mary’s stuff,” or “Mary’s weed,” Campos theorizes, but no one truly knows.

“At the beginning, I thought it would be easy to figure out, but it just isn’t,” Campos said. “There’s lots of theories and most of them don’t make any sense, and the one’s that do, there’s no proof.”

After cannabis disappeared into the Mexican countryside and got re-branded by locals as “Mary’s stuff,” subsequent reports of its usage were both rare and lurid, Campos found. The historian read thousands of newspaper articles from the 19th and 20th centuries, eventually performing the first “quantitative discourse analysis” when archives finally became digitized and indexed in 2008 and 2009.

The words marijuana, cannabis, and others related to it were almost never mentioned in the robust press of Mexico in the 19th century, but when pot was mentioned, it was inevitably associated with tales of people suddenly going mad and killing friend and foe, Campos found — a stark contrast to the “lazy stoner” stereotype of 20th-century America.

The lower classes believed in reefer madness, and the Mexican media parroted the myth back to them in the form of riveting tales in the 1800s. The myth also fed into the courts, where defendants would claim marijuana madness induced their crimes. The Associated Press’ Mexico City bureau was among the first to wire such tales to the states in the late 19th century, where they were widely circulated.

The notion of Mexicans going crazy on marijuana fueled its prohibition north of the border, but the conventional narrative that the US forced the drug war onto Mexicans simply isn’t true, Campos writes. “Mexico is seen as innocent in the literature. That they never thought about drugs and were forced into a war on drugs, that they were passive victims,” he said.

To this day, Mexicans are staunchly conservative on drug policy, Campos notes. In an op-ed he wrote a few years back, something like 12 percent of the Mexican population was in favor of cannabis legalization, as opposed to more than 50 percent in the states today.

The average person has no idea where most of our drug policies came from, Campos said, and that ignorance fuels the suffering and death associated with the drug war today. Quibbling over words like “pot,” “cannabis,” or “marijuana” isn’t quibbling at all, he said.

“I think language does create a reality,” he said. “There’s all sorts of little signs. The fact that almost all of us, and in print all the time, refer to ‘alcohol and drugs’ — as if alcohol weren’t a drug. This is a way of justifying policy that doesn’t make any sense.

“When we talk about ‘drug violence’ it should be ‘drug policy-related violence,'” he continued. “Saying ‘drug violence’ is a way of mischaracterizing what’s going on and blaming it on the drug. It’s not the drugs; it’s the policy. I think the language is really important.”

Berkeley Patients Group closed its doors Monday, marking one of the most significant blows to the California medical cannabis industry since the federal crackdown started last October. Last fall, US Attorney Melinda Haag threatened to seize the dispensary’s San Pablo Avenue property, forcing BPG’s landlords to evict them, effective May 1. BPG has not announced plans to relocate.