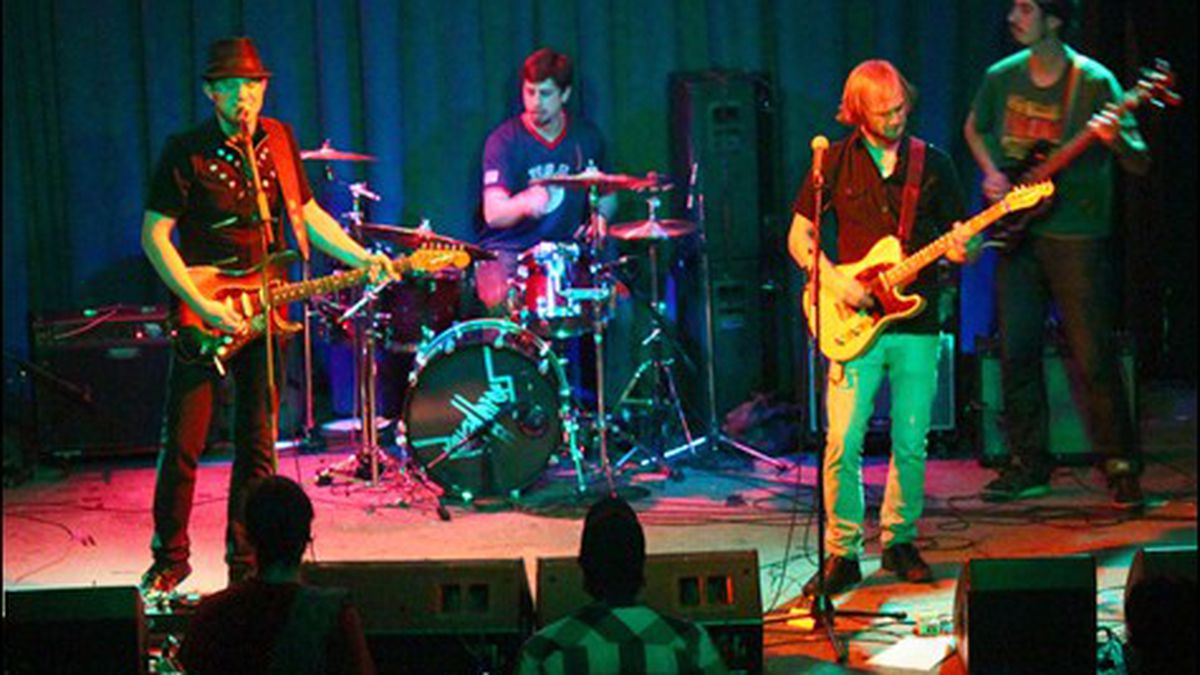 Two years ago, Oakland reformed its cabaret law to make it easier and safer to have live entertainment in the city. But the results have been mixed.

Two years ago, any Oakland business that wanted to host live entertainment had to pay for a cabaret license, a costly permit that didn’t differentiate between tiny coffee shops and thumping nightclubs. So the city council passed a series of reforms meant to make it easier and safer for businesses to bring in musicians and DJs. But these reforms, spearheaded by councilwomen Rebecca Kaplan and Nancy Nadel, have returned mixed results since they passed in 2010. And now, the city council’s Public Safety Committee is set to debate on May 8 whether to extend a temporary part of the reform that might have actually made the city less safe.

Most venues were barely affected by the changes, and the newly-created small cabaret permit, which creates a cheaper permit for venues with capacities under fifty people that stay open past 11 p.m., doesn’t apply to many business models. Nonetheless, Kaplan is bringing a proposal forward to extend the trial permits until June 2015.

The after-hours permits were created for up to ten downtown nightclubs as part of a pilot program set to expire this June. The idea was to let some clubs stay open after they stopped serving alcohol. “This also allows people to take the time to sober up,” Jason Herbers of Eli’s Mile High Club said at a city council meeting in April 2010. It would also “probably boost food sales, which helps raise more tax money.”

But keeping a club open longer can also attract late-night loiterers, which is what happens at Karibbean City. The downtown Oakland nightclub, which opened in 2010, is one of only three clubs that received the extended-hours permit, and owner Richard Ali says it has mostly been positive for his business. It allows him to sell more food after the bar closes, which helps him meet the city-mandated quota that requires his sales to be 40 percent alcohol and 60 percent food.

Ali said there has been one shooting in the past eighteen months, which involved people in two cars outside the club. He also says he and his team clean the street outside the club after they close every night. The Oakland Police Department did not respond to multiple requests to comment on whether there were public safety problems in front of Karibbean City. A representative from the nuisance abatement department said they haven’t received any complaints about the business.

But Ali acknowledged a loitering problem, and said that he’s recently contracted private security to work on the street corners outside his club, which has taken care of the problem.

He put some of the blame on other nearby nightclubs that host parties for people age eighteen and over. “Whenever that happens, it puts more people out on the street because those parties are bigger.”

It’s not clear whether police think the late-night permits are helping with public safety, either. Oakland police officers originally supported the program, according to testimony from Nadel’s legislative aide at a city council meeting in 2010. But police spokeswoman Lea Rubio recently said that the police would review “how it will impact residents in the area as well as all our city services” before supporting the extended permits.

Dom Arotzarena, who was then president of the Oakland Police Officers Association, told The Wall Street Journal in 2010 that the plan would require an increased police presence. “What the council wants is going to cost money and it will have a negative impact on resources,” he said.

Arturo Sanchez, who administers the cabaret licenses and after-hours permits, said the late-night clubs “haven’t had any large issues.” Kaplan wants to continue the program because it’s too early to say whether or not it’s working, Sanchez continued. “It is such a small sample pool to go with that it’s difficult to say whether or not it would be something we’d want to continue going forward.”

The rest of the reform involved permanent changes to the definition of a cabaret, and an exception that lets small venues pay a smaller fee. But venues that hold less than fifty people and stay open past 11 p.m. appear to be rare. Of Oakland’s 43 cabaret licenses, 8 are for small cabarets. Jade Benetatos, former owner of the now-defunct Mama Buzz, could have applied for such a permit, but decided against it: “They do require a fee, and they do require a bunch of inspections.” she said. “I knew that the building, Mama Buzz, was not going to pass inspections.”

Despite never making her shows legitimate, Benetatos said, in theory, the small cabaret license makes sense. “It’s so different when there’s, like, one dude with an acoustic guitar versus an entire dance floor of drunk people,” she said. “So it’s good to make that kind of distinction.”

But it’s hard to say what good that distinction has done. Actual Cafe doesn’t need a cabaret license, even though it has live shows, because it closes at 10 p.m. But owner Sal Bednarz said, “If I ever push my hours later, I would have to do some negotiations with the city.” And if his neighbors didn’t block the change in hours, “Even the small cabaret requirement has lots of requirements, like security, doormen, and all sorts of crap.”

The real benefit of the reform may be the fact that places like Actual Cafe, which would have needed a cabaret license before 2010, don’t have to pay for the license. That’s because Kaplan and Nadel proposed two, narrowed definitions of the kind of business that needs a cabaret permit, both of which excluded places that close before 11 pm and have a capacity under fifty people. “Those two definitions, they felt, got at the heart of what we would really consider a cabaret,” Sanchez said.

However, the definitions don’t exclude many businesses with live entertainment. The regular cabaret permit, which costs $600 to apply for and $750 a year to maintain, is just another in a series that venues typically need. That’s in addition to state liquor licenses and conditional use permits from the city.

Even if Bednarz did want to keep his business open past 10 p.m., he said his neighbors would probably object. He thinks Oakland’s cabaret law is still too strict, and that it stems from a fear of establishments that serve alcohol in Oakland’s neighborhoods. “We repealed prohibition as a country,” Bednarz said. “The fact that these restrictions exist in Oakland is frustrating.”

Nancy Pelosi Is Still a Hypocrite