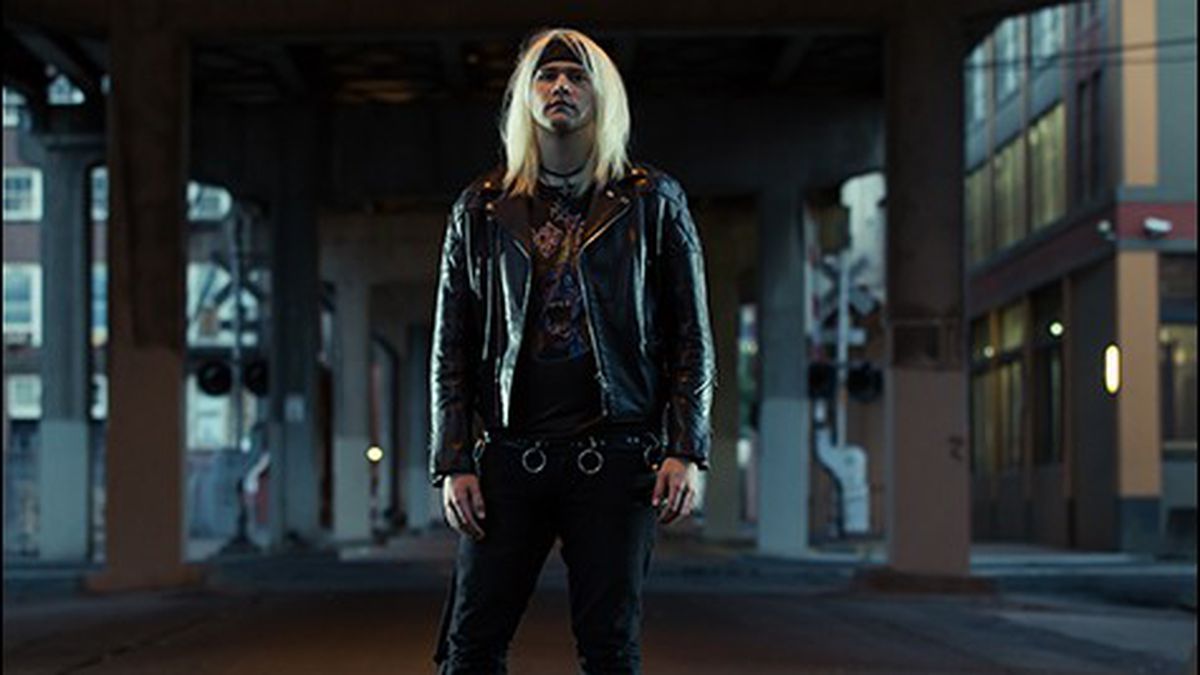 The connection between the metal communities of Portland and Oakland.

By phone, Joel Grind — the mastermind behind the punk-powered thrash-metal band Toxic Holocaust — sounds like a guy who hasn’t seen the sun for a few days. It is, after all, the deepest, darkest part of winter in famously gray Portland, Oregon, where Grind works as an engineer at the Audiosiege recording studio when he’s not fronting his band. And when you work in a recording studio in January, the lamps in the control room tend to become your daylight.

“I’ve been recording a whole bunch of bands’ full-lengths and mixing them,” Grind said. “It’s been crazy. I’m getting no sleep, but it’s been good. I’m pretty much booked all the way up to when we leave.”

At the time, Grind was a week away from Toxic Holocaust’s headlining tour with Exhumed, which will take the bands around the western United States, including a stop at the Oakland Metro Operahouse on Saturday. And he was days away from reuniting with his bandmates, drummer Nick Bellmore and bassist Phil Zeller, who are “scattered across the country,” he said, and were scheduled to gather in Portland for two days of pre-tour practice.

For Toxic Holocaust, two days will do, joked Grind.

“My songs are easy enough. It’s not like Meshuggah or something,” he said with a chuckle. “It’s simple music, just glorified punk music.”

Grind’s punk influences have never been more evident than on Chemistry of Consciousness, the new Toxic Holocaust album released by Relapse Records in October. It is a brusque, bracing blast of a record, an eleven-track collision of hardcore punk, speed metal, and thrash that’s as hooky as it is abrasive.

That balance — caustic versus catchy, mangled versus memorable — is a key feature of Chemistry, which Grind said approaches the sound he’s been steering Toxic Holocaust toward for years. “I always … wanted to make a hi-fi/lo-fi record, if that makes sense. I wanted it to sound … really clear and really loud and good-sounding, [but] I wanted it to still retain that rawness, and that’s really hard to do,” he said. “It took me years to figure out how to do that, but I think this one really kind of captures that.”

Saturday’s show will continue Toxic Holocaust’s trend of playing in Oakland rather than in San Francisco when it heads south to the Bay Area. “We have a lot of good friends down there,” Grind said. “There’s a really good fan base, especially for the kind of music we play. The history of thrash metal in the Bay Area is long lived, so … it’s always been good [and] I feel it going on the upswing.”

On February 13, Portland riff-monsters Lord Dying will headline Thee Parkside in San Francisco. On February 23, PDXers Drunk Dad and Gaytheist will open for hometown heroes Kowloon Walled City at the Hemlock Tavern. And Deadfest 2014 — Oakland’s three-year-old celebration of underground punk and metal, scheduled for August — already has six Portland bands on its bill.

These are just the latest arrivals in the long-running parade of Portland bands through the Bay Area, a natural function of the two region’s relative proximity. “The greater Bay Area is like a home away from home for us,” said Jesse McKinnon of Stoneburner. “We’ve got so many good friends down there; we just love it.”

Graves at Sea has a stronger personal connection to the East Bay than most PDX bands. Founding member Nathan Misterek lived in Oakland for about six years before moving earlier this month to Portland, where his longtime bandmate Nick Phit has lived since the mid-2000s. The two formed the band in Arizona in 2001.

“Out of anywhere in the country, we’ve always been very welcomed in the Bay Area, specifically Oakland,” Phit said. “That’s a lot of the reason we’ve played there often, so often that people just assumed that we were from there from the beginning.”

There are two types of young people who are into metal, Phit said: Those who feel heavy music truly speaks to them, and those that are “fucking crazy.” Oakland is blessed with many more of the former, he said.

“Attendance at our shows has always been awesome, but then it was also that everybody was of like minds,” Phit said. “We were all on the same page with everybody, it seemed like.”

That kind of commonality is also a major draw for Usnea, a fast-rising Portland funeral-doom band that has played the Bay Area several times over the past couple of years. Most of the quartet’s shows have happened in nontraditional, DIY venues: warehouses, basements, an artists’ loft, a landfill.

“We did a fifteen-day tour. We played every day and we played everywhere that we could on the West Coast,” said guitarist Justin Cory. “I’d say our best shows were in Oakland.

“There’s a love between the two cities, and there’s also a little bit of jabbing that happens, just because Portland has become hyped up,” Cory continued. “There’s a show about this city [Portlandia] and there’s a ton of bands from here, and some people like Portland metal and some people think it’s a bunch of hipsters or whatever. But a lot of Oakland and Portland people get along great, and I think people down there are stoked on the bands that are coming out of here.”

The recent surge in the quality and quantity of Portland metal bands is one part of a confluence of factors that should lead even more PDX bands to the East Bay. The other is no surprise: The economic realities of the Bay Area, where towering rents in San Francisco continue to push artists and performance spaces across the bay.

The downside for longtime San Francisco residents like Aesop Dekker — a founding member of Bay Area black metal legends Ludicra, and currently the drummer for Portland post-metal titans Agalloch and local bands VHÖL and Worm Ouroboros — is that fewer and fewer metal shows are happening in the city.

“San Francisco has one or two venues that will host metal or punk shows, and they’re dive bars,” Dekker said. “They have to supplement their income by having a DJ in there five nights a week, so it’s harder to book a show there.”

He continued: “I saw Neurosis [recently at the 1,400-capacity Regency Ballroom] and I was ecstatic because I was able to go. I was able to walk from my house to the show. And it was probably 90 percent people from Oakland at the show, because it was Neurosis and it was an event. If they would’ve played Oakland the next night, nobody would’ve been at the San Francisco show.”

The heavy scene has shifted across the bay, Dekker said, and it hasn’t stopped there. He estimated that he’s watched around thirty musician friends leave San Francisco for Portland, where the cost of living is considerably cheaper and rehearsing at home instead of at a practice space is a more realistic option.

“[In Oakland], you can still get a warehouse space [and] there’s divey bars. There’s the Metro Operahouse. There’s just more of a scene in Oakland,” Dekker said. And Portland, he said, has “kind of usurped the Bay Area as the creative epicenter of the West Coast.”

For all the warm fuzzies between the Bay Area’s metal fans and Portland’s heavy bands, reports from the business side of the equation are mixed. Arguably Portland’s biggest metal band, the beer-swilling YouTube stars Red Fang, “did very well” in a November show at Slim’s in San Francisco, according to a venue spokesperson who declined to provide more specific numbers. Agalloch sold out the Great American Music Hall twice, before moving to the Oakland Metro in September, according to the band’s booking agent, Nathan Carson of Portland-based Nanotear. There, the band drew a “very good turnout,” said the show’s promoter, Michael Madfes of Subliminal SF, who has been booking punk and metal shows in the Bay Area for a decade.

Madfes — a big fan of Oregon doom giants YOB — has been “heavily impressed” by the bands he’s seen and heard out of Portland in recent years, he said, and he thinks his audiences “are more open to checking them out based on the other bands coming from” both Portland and Seattle. “I think there is a natural connection between the Bay Area and the Pacific Northwest when it comes to music … and it shows in the tone of the music,” Madfes said, noting the preponderance of melodic doom, drone, and hard rock in both regions. “We’re all working-class people who love good beer, good music, and good times while struggling to survive in areas where economic prosperity is all around us but not really for us.”

Carson, however, is not so sure the East Bay is the promised land for Portland bands. He cites the sheer driving distance, Oakland’s fluctuating warehouse scene, and BART’s midnight shutdown as possible reasons for disappointing shows by some of the bands on his roster, including his own, the veteran doom quartet Witch Mountain.

“I feel like we had really great shows there in [the early 2000s], but our last few gigs there — despite stacking the bills or whatever — have not been very inspiring to us,” Carson said. “We’ve been finding much better luck in other cities. I’ve been scratching my head over it lately, because it just seems like it should be the place.”

Zoom in on the right bands in the right spot, however, and Oakland is the place. On January 3, at an Adeline Street warehouse space, two Portland bands — political punkers Raw Nerves and grindcore trio Honduran — headlined a hastily organized show that brought out 130 paid attendees, according to Gregg Deadface, the busy East Bay promoter behind the show and the annual Deadfest, which has become a highlight among the West Coast’s crustiest underground bands.

“I didn’t even get to do the kind of flyering for that show that I normally like to do. Pretty much the only promotion was a Facebook event page,” he said. “So when we counted and it came to 130 paid, I was shocked.

“It just proved to me that people are still hungry for it,” Deadface continued. “The people around here, they’re itching for shows. They’re dying for shows.”