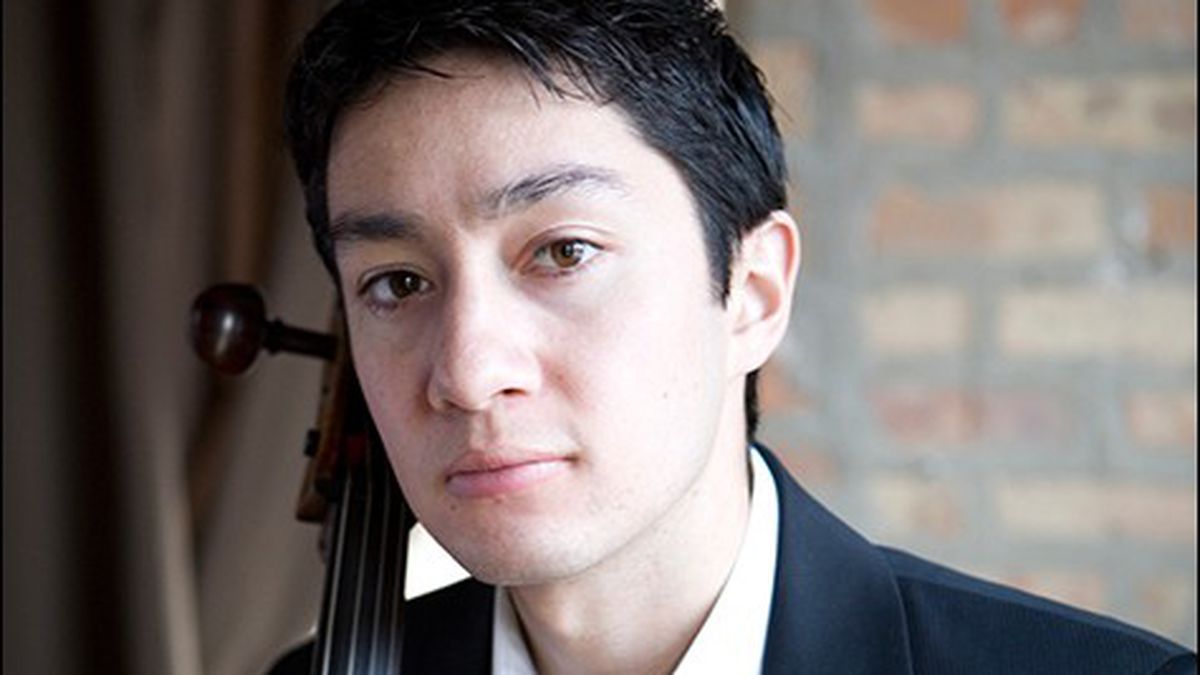 The Oakland native takes the difficult path of carving a solo career.

The pressures of being a soloist are different than those of being an orchestra member, and in today’s crowded market, they can be especially pronounced. Twenty-eight-year-old Oakland-raised cellist David Requiro has the technical skill and life experience to do both — a fact he’ll demonstrate this week when he helps kick off Oakland East Bay Symphony’s first concert of the year by performing Dmitri Kabalevsky’s Cello Concerto No.2, Op.77 at Oakland’s Paramount Theatre.

“Because there are so many good cellists, it’s difficult to achieve a unique status,” said Oakland East Bay Symphony Music Director Michael Morgan, who’ll lead the program, which also includes Peter Ilyich Tchaikovsky’s “Romeo and Juliet Fantasy Overture,” Conrad Susa’s “The Blue Hour,” and Edward Elgar’s “Enigma Variations.” “You have to have your own vision for how the instrument is played and how various pieces go.”

Kabalevsky’s unsettling composition begins with a gorgeous, bare-bones cello melody, rides like a wild horse through a landscape of mini-arpeggios that require vibrant, articulate bow strokes, and concludes with a soothing diminuendo. Morgan said Requiro’s selection shows a “slightly off-center” tendency and the “must-have, big personality” needed to make one’s mark. “I knew David when he was much younger, and even then, his playing was extremely vocal, like someone singing. He makes interesting choices about how he places individual notes. You always feel there’s a rightness about his playing.”

Defining “rightness” isn’t Morgan’s territory; recognizing it is. A musician can be impressive at age nine, but to have staying power on the solo circuit, he has to stick around until he has something impressive to say, said Morgan. “When David was a young artist, he was typical of a highly talented young person. Take that technical ground, add life experience: now you have a richer, deeper playing.”

Requiro and his brother, Aaron, who currently plays violin with the Phoenix Symphony, were raised by their piano-playing mother and computer-networking father in a Rockridge home that reverberated with music. The young cellist first met Morgan when he performed at a “cello bash,” a large concert featuring many local musicians. “I remember I had major memory issues,” he said, laughing. “Milly Rosner [a longtime Crowden School teacher who died in 2012], yelled out, ‘It’s okay, this isn’t the Army! You can have a second chance.'”

From Rosner, Requiro said he learned how to study music, and his love of chamber music snowballed under her instruction. “We were introduced to the great repertoire and learned how to appreciate composers,” he recalled. “The chemistry at Crowden was uncommon.”

Requiro said he has nothing against orchestral playing. “Simply put, I’m lucky enough to have a choice. I get to play chamber music and solo repertoire.” A portion of that luck comes from winning competitions. “It’s bizarre, judging the arts, but it got me to prepare at a higher level to meet elevated expectations.” Requiro won the 2008 Naumburg International Violoncello Competition, the Irving M. Klein String Competition, and the Gaspar Cassadó International Violoncello Competition. He’s now a professor of cello and the director of the chamber music program at the University of Puget Sound in Tacoma, Washington (where he lives), and a member of the Jupiter Symphony Chamber Players in New York City.

His focus on lesser-known composers also makes him an attractive guest. For Morgan, the concerto’s distinct allegorical line — atmosphere and imagery translated into sound — compares and contrasts favorably with the “sun fading away” quality of the Susa piece and Elgar’s varied, auditory depiction of his friends. “They’re descriptive,” said Morgan. “That’s what ties it all together.”

Requiro said he hears connectivity in Kabalevsky’s concerto and is anticipating a “tough conversation” as the cello’s exchanges with the orchestra accelerate in the work’s second movement. “I like working with Michael because he has a great knowledge of music and I’m always going to learn something,” he said. “I have the feeling I can throw some curveballs. That makes the performance exciting.”

During rehearsal, Requiro hones his craft by recording himself or playing for Richard Aaron, a mentor and a professor at the University of Michigan. “Also, I learn from teaching,” he said. “I have to practice what I preach, so I think forward about cello technique.” In selecting musical projects without the aid of an agent, he said, “the goal is to have a good artistic experience, but it’s also caring about how nice people are, so the organizations that are kind are most attractive.”

Instead of considering the future, Requiro backpedals, preferring the present moment. Chamber performances and solo appearances fill his calendar — and the joy of teaching continually surprises him, like an unexpected lover, appearing on his doorstep. “Keeping the same balance,” he said, “that’s my future desire.”