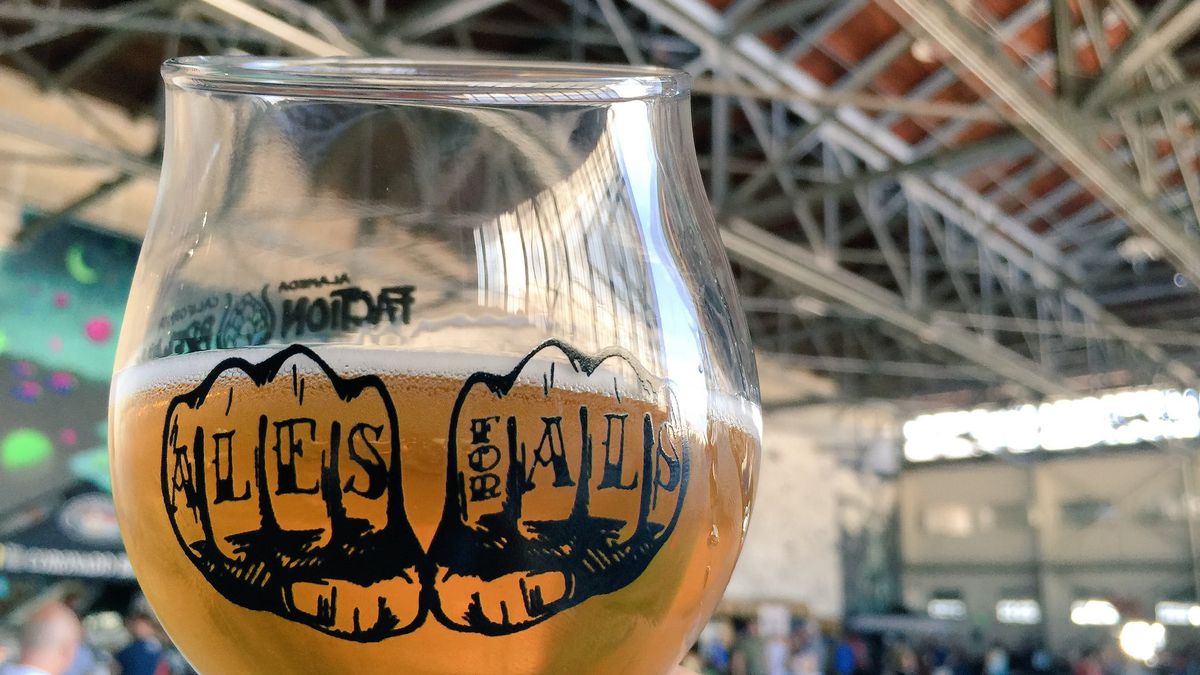 It’s no secret that Faction Brewing Co. is one of the most scenic beer destinations in not just the bay, but the nation. Oh, and the brew is pretty damn spectacular, too. But I kind of feel like Faction’s Ales for ALS festival flies under the radar.

The annual gathering, which goes down this Saturday, features some of the finest brewers in the intimate setting of Faction’s naval-yard warehouse and waterfront patio. Beachwood BBQ, Berryessa, Cellarmaker, Fieldwork, Firestone Walker, Noble, Russian River, Societe, Temescal, Rare Barrel — that’s good company, and they’ll all be represented this weekend.

Most folks also don’t realize that each guest brewery also makes a special one-off hoppy brew for the occasion. This year, the brewers were given a six-hop blend — featuring Citra, Loral, and other experimental hops —from Hopunion and Loftus Ranches, and their potions will first pour at the event. Last year, I couldn’t believe Rare Barrel’s pineapple dry-hopped sour, exclusive for Ales for ALS, and some of the other one-offs. And most of the brewers were in-house at the gathering, so it was a unique opportunity to chat up the experts.

Ales for ALS is for a good cause, the ALS Development Therapy Institute, and there’s a solid auction event at the fest, where you can bid on some cool items (I’m not normally into that sort of thing, but after a few beers last year, I couldn’t resist).

It can be difficult to travel via mass transit to Faction, but the good news is that a free shuttle is being offered by “The Mexican Bus,” which will run every 45 minutes from Faction to the West Oakland BART station before the fest, and to the 12th Street station afterward.

Fieldwork Keeps Expanding: Berkeley’s Fieldwork Brewing Co. already opened satellite tasting rooms in Napa and Sacramento. And now, this month, the popular destination for hoppy brew opened its largest outdoor facility, in San Mateo. And they will keep growing by debuting another taproom in Monterey. It’ll be fascinating to see whether other start-up, new-wave breweries adopt this Fieldwork business model as the battle for shelf space and tap handles gets increasingly bloody. — Nick Miller

Previous ArticleReach for Digital Equity at The Black Woman is God

Next ArticleGoing Viral To Save The Planet