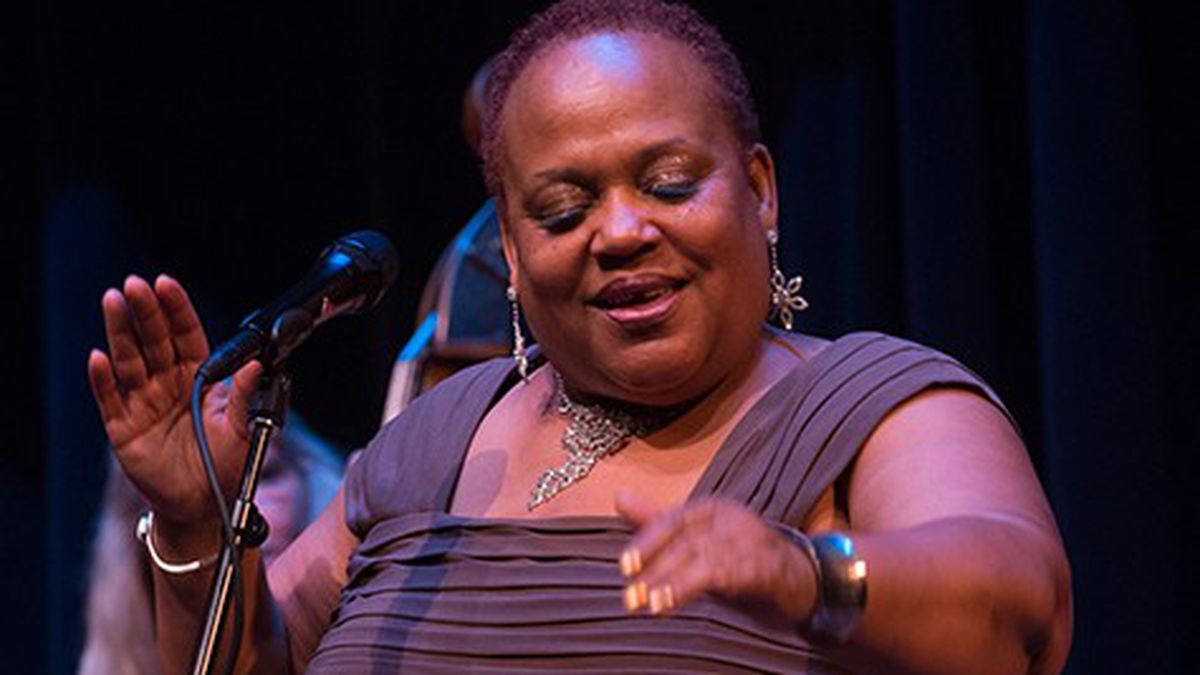 Giving Them Their Due

The second-annual "Just Like a Woman" concert highlights the underappreciated talent of Bay Area female musicians.

Sitting in her hotel room two years ago, during a three-month-long, six-nights-a-week summer engagement at the JZ Jazz Club in the eastern Chinese city of Hangzhou, Rhonda Benin pondered what she might do when she got back home to Oakland. She wanted to do something big, to make a splash.

It had been bothering her that no female musicians, not even vocalists, had been booked to play a daylong jazz festival held at Middle Harbor Shoreline Park at the foot of 7th Street in West Oakland, which she had attended before traveling abroad. “I found that to be odd,” she recalled. And, as an instructor at both Jam Camp West and the Jazzschool Girls’ Jazz & Blues Camp, Benin had noticed few girls playing musical instruments. “All the girls were stacked into the singing classes,” she said.

The Los Angeles-born vocalist, who also teaches basic music and performance skills at Harding Elementary School in El Cerrito, decided to stage a show “to celebrate the Bay Area women of music” last March 28 at Freight & Salvage. She picked March because it’s Women’s History Month. “Just Like a Woman,” as she called the concert, featured herself and singers Kellye Gray, Paula Harris, and Terrie Odabi, all backed by Tammy Hall’s trio. Long the piano accompanist of choice for many local vocalists, Hall dubbed the trio “the Lillian Hardin Tribute Band” in honor of Louis Armstrong’s piano-playing second wife.

The show was such a success that Benin decided to present a second edition at the Berkeley venue on Saturday, this one featuring singer-pianist Lady Bianca, vocalists Ashling “Biscuit” Cole and Valerie Troutt, harpist Destiny Muhammad, saxophonist Kristen Strom, pianist Hall, bassist Ayla Davila, and drummer Ruthie Price, plus six teen and pre-teen girls, including the members of MZSwitched Up, an Oakland duo made up of multi-instrumentalist sisters Zandra and Millenia Kay, ages eleven and fourteen, respectively.

Benin began her singing career in the late 1970s with two friends, collectively known as Joy, by doing background vocals on demos for guitarist Paul Jackson Jr. and disco and rock sessions in Southern California for record producers including brothers Brian and Eddie Holland and Stanley Clarke. “All the old Seventies B-side songs,” she said of the records they sang on, none of them hits. She had hoped to land a record deal of her own, but by the time she was 35, she found doors closed because of her age and her size.

While visiting friends in Oakland in 1989, Benin saw both Lady Bianca and former Prince vocalist Rosie Gaines performing in clubs and decided to move north. “You mean my life isn’t over because I’m over thirty and I’m full-figured?” she remembered asking herself.

“It was the best thing I ever did,” she said recently, sitting at a table in the Montclair Women’s Cultural Arts Club with Bianca and Cole. Besides performing with her own Soulful Strut band in local clubs after relocating, Benin has been a member of Linda Tillery’s Cultural Heritage Choir for the past 23 years and has recorded 7 CDs with the ensemble. She made her own album of jazz, blues, and soul music in 2006, did backgrounds on albums by Maria Muldaur and Holly Near, and sang leads on recordings by Mal Sharpe’s Big Money in Dixieland.

Benin, now 59, said she chose Bianca to perform at this year’s show because “hands down, she’s probably the best singer in the Bay Area.”

“I might be the best singer, but because I won’t take no shit, I’m not working,” interjected Bianca, a forty-year fixture of the Bay Area blues and soul scene. She once toured as a background singer with Sly Stone, Frank Zappa, and Van Morrison but in recent years has focused on recording original songs written with her husband. She’s made five albums since 1995. She keeps her age a secret. “I think it’s rude and unfair to ask me my age,” she said.

Soul singer Cole, who was born forty years ago in Vancouver and raised in San Francisco, landed a recording contract with Interscope Records when she was seventeen. She moved to Southern California to record an album for the label — which was completed, then shelved. Devastated, she quit singing, except in church, and instead waited tables and worked for Peet’s Coffee and several paper-shredding companies. She reemerged four and a half years ago as a member of Graham Central Station (founded by onetime Sly and the Family Stone bassist Larry Graham) and is featured on the group’s latest album, Raise Up.

Unlike Benin and Bianca, Cole is not African American. “I find her not to be contrived,” Benin said of her friend. “She’s not a little white girl who decided she was going to go learn soul so that she could go and get all the work. She’s not pretending.”