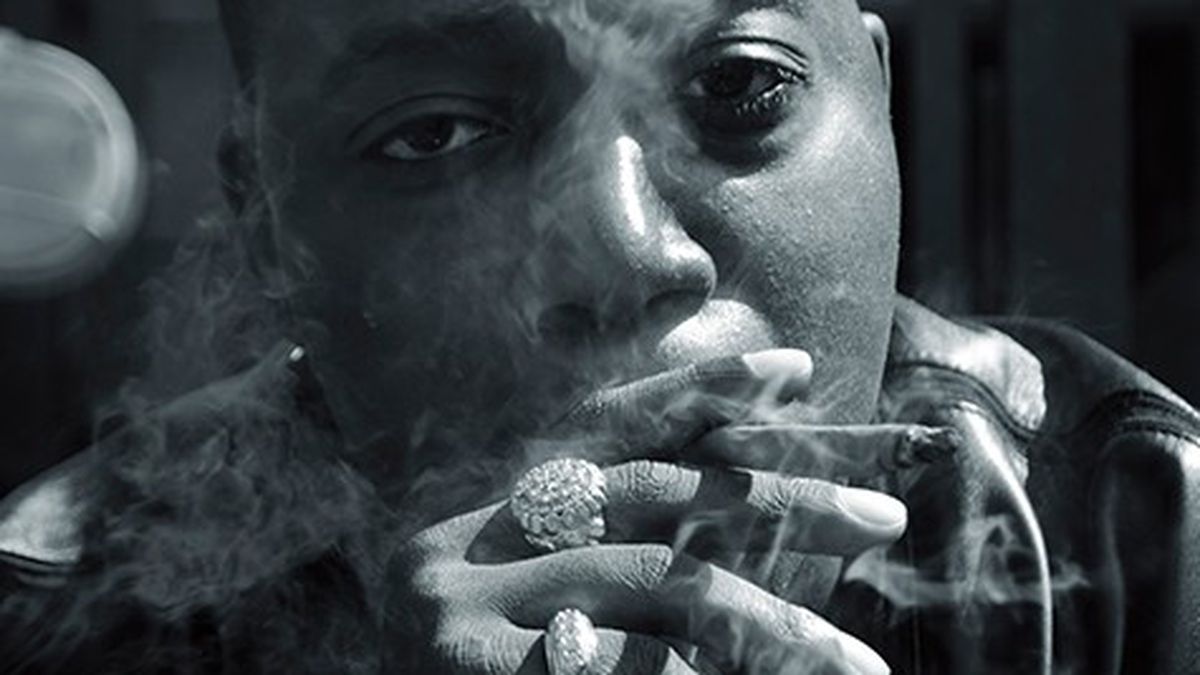 The Rise and Fall of SWTBRDS

The local label drew acclaim for hybridizing street rap with Internet-popularized sounds. But it faced hurdles that confront many independent musicians.

Since its founding in 2009, SWTBRDS Creative Collective became one of the Bay Area’s most forward-thinking rap labels. Started by rapper John “DaVinci” DeVore and producers Al Jieh and Torrance “Ammbush” Scott, the label attracted attention from major music sites such as XXL and Pitchfork thanks to its releases that hybridized street rap with Internet-popularized sounds, and a distinct visual design, reflected on the label’s website (SWTBRDS.com) and album artwork.

Last November, SWTBRDS issued its first national release, MondreM.A.N.’s They Say I Struggle Rap. Produced by Jieh, the album hews to an aesthetic that MondreM.A.N. refined as one half of the influential duo Main Attrakionz. It’s filled with grungy, emotional songs whose rhymes occasionally wander off-rhythm: I don’t wake up in the morning to a Bentley coupe/Making coffee ’bout to throw on my bucket suit, raps MondreM.A.N. on “Intro Shit,” which reflects his hard life growing up in North Oakland where a “knock at the window” can mean mortal danger for his “kinfolk.”

The digital distribution company INgrooves paid for the recording and distribution of They Say I Struggle Rap. Jieh said he hasn’t seen the album’s sales figures yet, but that he’s not overly concerned about it. “In terms of the response, it did well,” he said. “You can Google that shit. There’s hella press on it.”

It was somewhat surprising, then, that when I went to meet with SWTBRDS’ founders at an office in South San Francisco recently to discuss the label, Jieh announced that he and his business partners were considering calling it quits. “We’ve been having some discussions for the past year about if it’s worth it to keep SWTBRDS going,” he said.

In many ways, it was amazing that the label had come so far. After all, SWTBRDS began as a branding project. “We never set out to be a label,” said Jieh, who added that he, DaVinci, and Ammbush initially imagined SWTBRDS as a nifty logo, not a company trying to establish a profit margin. They wanted something that could “carry a mystique and an idea,” said Ammbush. Their previous logo, Thorobred, was used on DaVinci’s early mixtapes, back when he was known as J. DaVinci and was a part of San Quinn’s Dunn Deal crew.

Ammbush, who also plays various instruments, is “the crew’s OG,” said Jieh, who has previously worked with Mistah F.A.B. and The Jacka. Ammbush’s musical career dates back to the Nineties, when he was a teenager mentored by veteran producer Khayree. He’s worked with Too $hort, Zion I, Rasco, and A-Plus of Souls of Mischief, and is a member of the DJ collective Oakland Faders. Street Media, the self-titled 2009 album that paired Ammbush with Stockton rapper ELS, was the first SWTBRDS release.

But it was DaVinci’s 2010 album, The Day the Turf Stood Still, that was SWTBRDS’ breakout moment. The record bubbles with hard-slapping drums, Ammbush’s scratch routines and MPC beats, and live guitar and bass — multi-instrumentalist G. Koop plays on several tracks. Its key track is “What You Finna Do?,” in which DaVinci mourns the economic and cultural changes wrought on his Fillmore neighborhood. “I couldn’t make that album without talking about gentrification,” said DaVinci, who combines a “gangsta” attitude with a keen awareness of the world. But he didn’t try to make a “conscious” rap song. He was just talking about his life.

SWTBRDS has since issued dozens of titles, nearly all of them hewing to a lo-fi indie aesthetic, which are often mixed and engineered by Ammbush and Al Jieh. “Our shit isn’t super-clean,” said Ammbush of SWTBRDS’ gritty sound. The label’s name — a reference to sweetbreads, a dish that uses unpopular parts of a pig such as the pancreas and testicles — exemplifies the founders’ mission to raise Bay Area underground rap to new aesthetic heights, or turn “ghetto to gourmet.”

As part of that mission, SWTBRDS accompanied each of its releases with impressively executed artwork — for example, a stark black-and-white photo of rapper/producer D. How the Money Maka tearing into lamb chops for his Rack of Lamb; a blue-toned painting of DaVinci flexing his forearms as a San Francisco vista illuminated by a full moon hovering in the background for The Day the Turf Stood Still; fluorescent color backgrounds for Jieh’s Scales, a series focused on his laptop-produced beats; and Alex Petty’s pungent pen-and-ink drawings for They Say I Struggle Rap.

SWTBRDS publicized its releases via social media and blogs, which ensured that they didn’t get lost in an ocean of underground rap. San Francisco director Marcus Ubungen and Al’s brother Tim Jieh directed SWTBRDS’ music videos, and graphic designer Rob Martin was its art director. “Anybody who has seen our shit has said, ‘You guys look like you care.’ That’s always been a plus for us,” said Jieh.

For Ammbush’s 2013 album, Ammbaataa, SWTBRDS posted it on its Bandcamp page (SWTBRDS.Bandcamp.com), sent it out via email, and advertised it using platforms such as Tumblr. (Many SWTBRDS releases can be downloaded from its SoundCloud and Bandcamp pages at a “name your price” cost.) Spin magazine named Ammbaataa its “Rap Release of the Week.” But SWTBRDS didn’t build on that momentum with additional promotions like music videos, because Jieh and Ammbush were already distracted by other projects. Jieh was working on They Say I Struggle Rap and DaVinci’s Ghetto Gospel, the latter which is scheduled to drop later this year.

Despite their energetic brand-building, Jieh, Ammbush, and DaVinci are ultimately better musicians than businessmen. They didn’t use contracts — “We’re all homies,” said Jieh — and the label didn’t make money. As fledging entrepreneurs, Jieh and Ammbush were ultimately limited by their true love as producers. “If there’s a resource constraint, and all of us are making ill-ass music that can get out there and that people like, are we doing all of the projects justice by still banding together as SWTBRDS?” said Jieh, who is also DaVinci’s manager. “Maturing as a businessman is knowing what I can do and what I can’t do.”

The dilemma exemplifies the hurdles many musicians face when they try to go it alone. If you spend your time distributing your stuff, you can’t focus on your art. But if you don’t promote your work, you’ll never build an audience. Of course, maybe SWTBRDS just needed a good label manager. But hand the reins to someone else, and you’re in danger of losing creative control. Jieh admitted that he informally played that role, but his main concern was quality control, not ensuring that each release recoups its costs. “The idea of ownership never really mattered,” he said.

Several days after I met with SWTBRDS’ founders, Jieh called to confirm the label was folding. He said the three remain close friends and will continue to work on music together. (In addition to DaVinci’s forthcoming album, there’s also Ammbush’s soon-to-be-released Digital Graffiti.) But none of it will come out through the SWTBRDS record label.

“When I look back at this experience, it was just a group of friends creating art,” said Jieh.