Oakland street artist Nina Wright brings her pretty yet grotesque girls to the walls of LeQuiVive Gallery with the show Gritty in Pink. 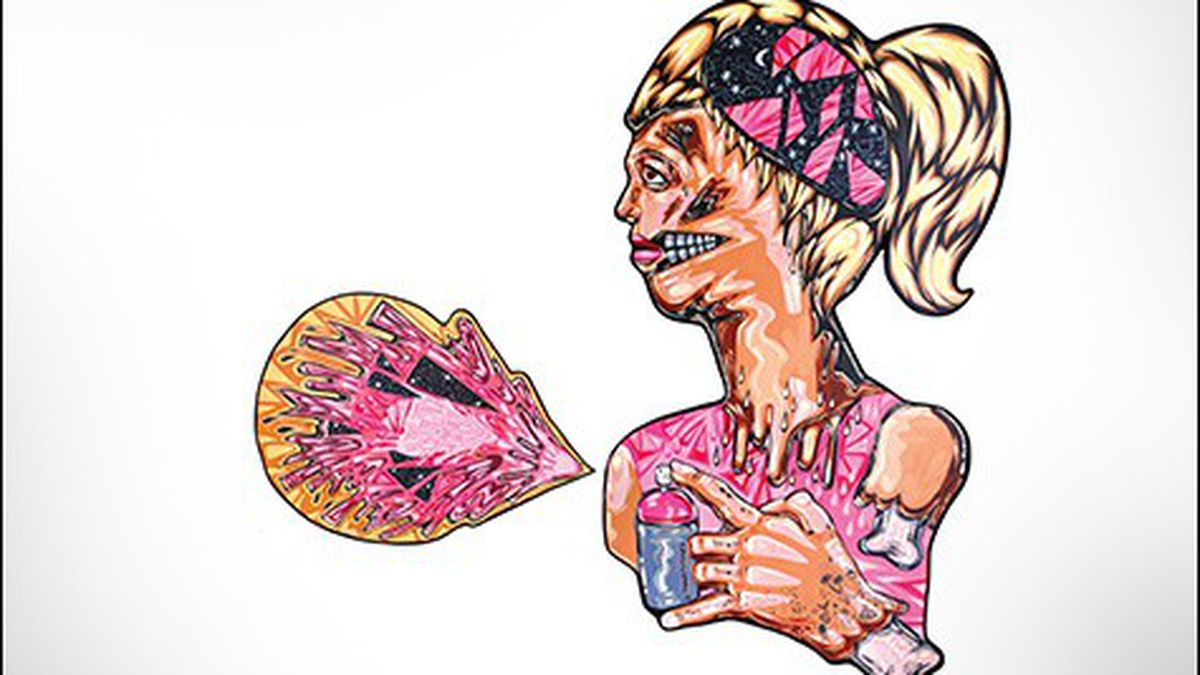 The work of the Oakland-based artist commonly known as NINA or Girl Mobb is everywhere — for those who pay attention to the nooks and crannies of the East Bay. It comes in the form of pursed lips and mascaraed lashes peeking out from behind a pink ski mask, and of grotesquely disjointed body parts pieced together to form a new kind of urban celestial goddess. In one mural, two dismembered hands with protruding bones and manicured pink fingernails form the letters “GM.” The sign isn’t for a specific gang of girls, but rather for a certain feminine mentality — an empowered redefinition of “girliness.” “Girl Mobb ain’t a crew. It’s an ideal. A movement. It’s like a pink Doc Martin stompin’ on the face of boy-kind,” she wrote.

Wright will display new works in the show Gritty in Pink, which opens at LeQuiVive Gallery (1525 Webster St., Oakland) on April 12. She is installing a massive, multi-painting piece that comes together to depict a badass blond wielding a can of pink spray paint and wearing a metal bustier and a belt lined with lipstick ammo. Each contributing feature protrudes from the wall, painted on intricately hand-shaped canvases with rubber borders made by Wright’s artistic coconspirator, Cuss.

This piece doesn’t just stand out because it’s painted in relief, or even because it’s massive, bright, and grotesque; it’s also alluring in its gritty aesthetic. Wright wants to point out that women can’t be contained within one category; rather, they exist as a constant oscillation between perceived dichotomies. Her work celebrates the versatility of the Bay Area woman, and the radical inconsistencies of the contemporary urban female that mesh to form an in-your-face authenticity. “The extremity of conditions and lifestyles in the Bay excite me and I like to show that in a light that gives it life, rather than negativity,” she wrote.

When asked if she feels that the Oakland street art scene is male-dominated, Wright pointed out that there’s a large community of female street artists putting work out there. She added that if it is male-dominated now, it won’t be for long.