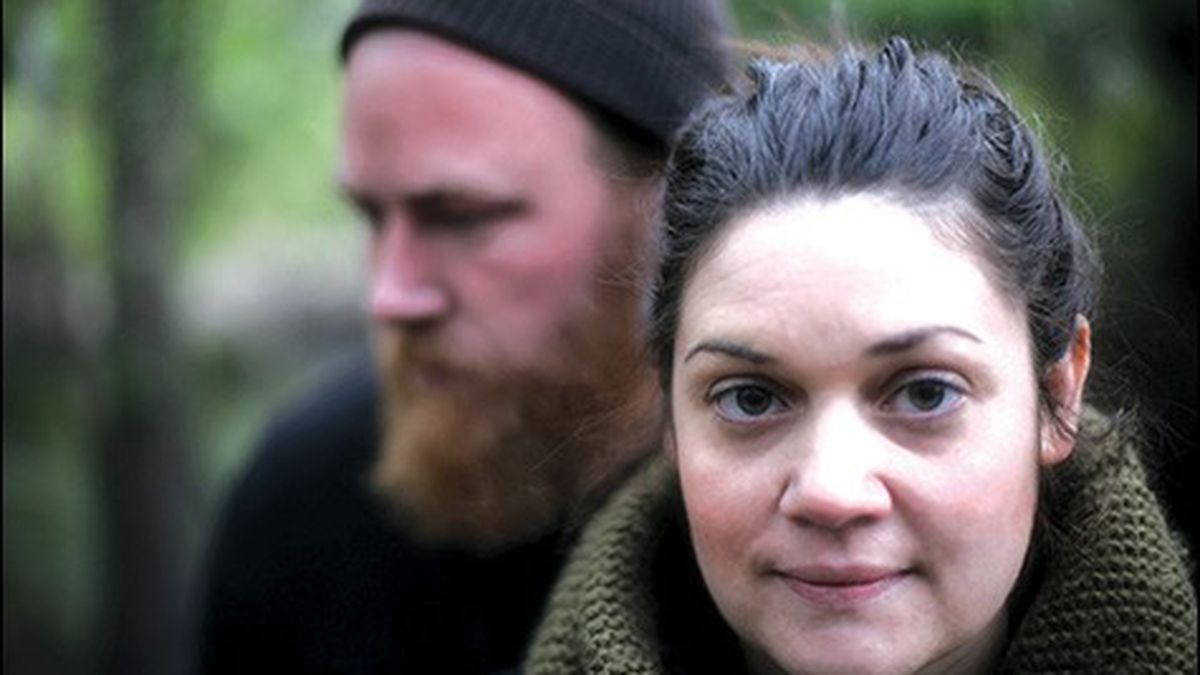 Marybeth Kelly and Lucas Andrews turned their love of photography and traveling into a full-time job.

When Marybeth Kelly and Lucas Andrews first started dating in 2007, they quickly discovered a shared passion for traveling and taking photos. “A lot of our courting process was going on these photo adventures,” Andrews recalled. In June 2012, Andrews proposed to Kelly at the Grand Canyon, and soon after, the couple decided they wanted to combine their love of road trips and photography in a more substantial way. They were also ready to ditch their full-time jobs: Kelly had worked for twelve years as a funeral director and was looking for something that “brought a little more happiness,” she said. Andrews had left a full-time job at a magazine and was doing graphic design work as a freelancer — something that could easily translate to the road. Having already spent so much time traveling, the couple asked themselves, according to Andrews, “what would be a way to transition our lives to traveling and working while we were on the road?

“People are often under the illusion that you always have to have this giant safety net to pursue your dream,” Andrews continued. “We just jumped in.”

So last summer, Kelly, 31, and Andrews, 34, purchased a vintage 1969 Shasta trailer (which they named “Jonathan Trailer Thomas”) with the security deposit money they received when they left their Adams Point apartment. They sold most of their belongings — “everything that wouldn’t fit into our trailer,” Andrews said. In the eight months since, they have lived out of their trailer — with their two Boston terriers Beebs and Franks at their side — and traveled around the country as part of an ambitious, indefinite expedition. The couple has no intention of coming home anytime soon and has figured out how to make just enough money on the road to survive. With no financial support from family or friends and little savings, the two live off a small income from contract graphic design projects, freelance photo shoots, sales of crafts on Etsy, and odd jobs along the way. They’ve also created Left N’ Leaving, an online travel guide and photography project, which has attracted a fairly substantial following in recent months.

“If we can find something off the beaten path, we’ll go the extra miles,” said Kelly during a recent phone interview from Winter Park, a small city in central Florida. “That’s really our passion.” For LeftnLeaving.com, Kelly and Andrews have focused on photographing abandoned sites, strange roadside attractions, and nature. On Instagram, where they have more than 3,300 followers, they’ve posted hundreds of photos from the thirteen states they’ve visited so far. The most striking shots are those of abandoned sites, including a vacated waterpark, an empty school building, a hollowed-out church, and a forgotten train. “It’s just kind of amazing to see something that holds its form,” Andrews said of the places they’ve visited. “It’s almost a timestamp. The only thing that changes is the elements, the moss. We both gravitate toward the timelessness.” Searching for abandoned locations — as well as very small towns — has become something of a “scavenger hunt” for them, he said, which makes finding them all the more rewarding.

Kelly and Andrews’ photographs have become part of their business model: They sell postcards, coasters, buttons, prints, and other merchandise that features their images through an online “souvenir stand.” The store has become a way to connect with their supporters and the people they meet on the road, as well as another source of much-needed revenue. Eventually, the couple plans to publish a book featuring their travel photography.

For those who follow the couple’s adventures online, Left N’ Leaving has become something of a road trip guide. “Our website is a resource for people,” said Kelly, noting that she and Andrews often trade notes with their readers about the best spots to camp and places to visit. The couple advertises their Instagram account (@LeftNLeaving) on the back of their trailer, which introduces them to fellow travelers and local residents. “We get to meet all these great people that we would’ve never met before,” Kelly said, noting that the vintage trailer itself is very much a conversation-starter.

Of course, the trip has not been without its challenges. The main issue has been financial. In addition to Andrews’ freelance income, the couple has found work on Craigslist doing all kinds of jobs such as cleaning yards, working on ranches, painting houses, and house-sitting. Still, “We really don’t have any money,” said Andrews. “Every dollar we generate goes right back into the travel. … It’s sustainable as long as you are okay with having less stuff and more experiences.”

Adjusting to wildlife while camping has also been difficult, Kelly said, recalling one night when she panicked and threw her flashlight — their only source of light — into the bushes at what she thought was a mountain lion. It was a raccoon.

If anyone could thrive in this setting, it’s Kelly and Andrews, said Gina Landerholm, a longtime friend of the couple. “They are not afraid to go beyond the landscapes and the sunny attractions and find the people in that place that make it special,” she said, describing their photographs as “magical, mysterious, and inviting — like you want to be there with them doing what they are doing.” Landerholm watches their progress online, not only to keep up with her friends, but also for the same reason they’ve become so popular on social media: “It’s kind of fun to live vicariously through them.”

A Nonprofit Revives the Magick Lantern to Screen Independent Films in...