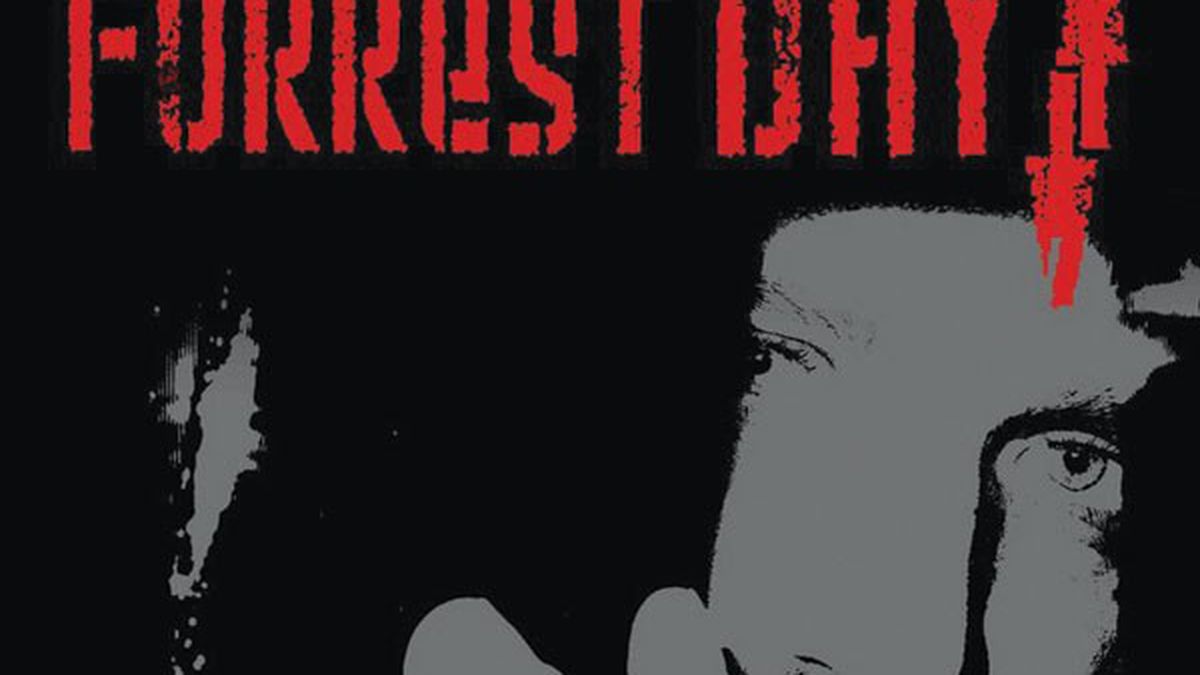 One would expect nothing less than a big bang from a singer who pounds his kick drum with a pair of mallets. That, he once said, is the only way to get “a really deep fuckin’ groove.” But drum fills and heavy crescendos are mere frosting on Forrest Day‘s new, limited-edition LP. It’s an odd rap-rock pastiche that defies modernity and resists genre altogether. Day started off as a high school band saxophonist, but reformulated himself as a producer. He cobbled horn parts for Miguel Migs, made beats for rappers, and put together a whole EP on “bro deals.” Then he became a singer.

Forrest Day boasts that his record doesn’t contain a single sample, which is actually pretty impressive when you consider the intricacy of his arrangements. The first track, “Sleepwalk,” starts off with a horror-movie string intro, which sets bowed and pizzicato violin against a rock-solid snare drum. Then Day comes in with a rap that’s more of an incantation: Bad thoughts give me bad dreams, and the bad dreams make me get up and walk. Then he sings in a drawly, adenoidal voice that recalls grunge-rock crooners of the Nineties. Day’s voice isn’t gorgeous, but it’s hypnotic.

A lot of the strangeness might owe to Day’s improbable origins. When he tired of backpacker hip-hop, Day formed an eight-piece combo: two saxes, keyboards, drums, bass, guitar, violin. Day sings in the live show, and sometimes plays alto. Style-wise, his music oscillates from rock to ska to a form that resembles tango. Day recorded everything on tape, overdubbed, and dumped it into ProTools to get something that sounded fully produced, but also had the warmth of analogue. It’s retro almost to the point of anachronism, and forward-thinking at the same time. (self-released)